Laura Ingraham’s complaints over LeBron James’ political commentary – focusing on the grammar of his statements rather than their substance – reflects a general elitism in the pundit class, Andrew Spannaus observes.

Is LeBron James ignorant? Laura Ingraham seems to think so. In response to a video of the NBA superstar offering harsh criticism of President Donald Trump on Feb. 16, the Fox News host had this to say on her show: 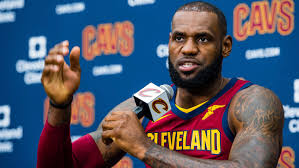 “LeBron James is talking politics again, and this time it’s R-rated. Here’s his unintelligible, not to mention ungrammatical take on President Trump…”

Next came a clip with James saying: “The number one job in America, the appointed person, is someone who doesn’t understand the people. And really don’t give a f*** about the people.” James then continued his criticism of Trump in a discussion that aired on The Uninterrupted (a media platform founded by James).

Ingraham clearly didn’t like James’ comments. First, she said: “Must they run their mouths like that? Unfortunately a lot of kids, and some adults, take these ignorant comments seriously.”

She then went on to say that getting paid millions to play basketball doesn’t mean you can talk politics, and closed with a zinger inviting James and fellow NBA star Kevin Durant, also present in the video, to stick to what they do best – basketball – rather than attempt to provide political commentary: “As someone once said: shut up and dribble.”

What’s striking about Ingraham’s reaction is that she went well beyond simply drawing a political contrast. She suggested that James’ poor grammar disqualifies him; he may be good at basketball, but given that he can barely speak in an intelligible manner – according to Ingraham – he shouldn’t be addressing a subject outside of his own area of competence.

Whether you like what LeBron says or not, there’s no doubt his sentences contain grammatical errors. Ingraham uses this to attempt to discredit James entirely. Ignore for a moment the fact that the President himself isn’t exactly a paragon of grammar, to focus on the bigger issue raised by the Fox News host: can we take someone seriously who doesn’t have a certain minimum level of academic skills as we understand them in our society today? Should LeBron James, or any other professional athlete or celebrity who isn’t “well-spoken” recognize his cultural inferiority and just shut his trap?

Education is essential to our society, and correct grammar contributes to effective communication. Yet automatically considering someone ignorant because his grammar is imperfect is more than a little bit arrogant; it’s essentially class prejudice.

Laura Ingraham is claiming that only “educated” people should talk politics. She insists that race has nothing to do with it, which is buttressed by the fact that she has used the same criticism towards others in the past. Yet this doesn’t hide the reality that her reaction is stunningly anti-democratic, especially coming from someone who has championed the “regular” people against the establishment.

Ingraham is a defender of populism, what she defines as returning power to the people. The clear contrast is to elitism, i.e. a society where experts and insiders make all the decisions. One of the most important takeaways from the 2016 election is that the judgments of “serious people” in the institutions, academia and the media, don’t hold much sway with the population if they are perceived as detached from people’s everyday problems.

How often have we heard that Donald Trump was elected due to uneducated sectors of the population, who are swayed more by prejudice than information? This self-serving narrative ignores the key failure of both Hillary Clinton and establishment Republicans, that of not recognizing the widespread opposition to the economic policies that have weakened the middle class and left power in the hands of the financial elites. In this case it took the vote of the “dumb” people to bring the problem to the fore, since the mainstream media and political institutions refused to effectively address it.

Ingraham’s denigration of LeBron James is even more ironic if you consider who he is. Apart from generally being recognized as the best basketball player in the world, what he has done beyond the court, in terms of the relationship between players and franchises, is unequaled.

James can arguably be considered “the most powerful man in the history of professional basketball.” He has completely changed the dynamic between the players and the teams that “own” them, by using free agency as a tool of power.

In 2010 James left the Cleveland Cavaliers, where he hadn’t succeeded in winning a championship, to team up with two other all-star players, Dwayne Wade and Chris Bosh, and create a super-team in Miami. Rather than allowing owners and general managers to decide the fate of players, he exploited the rules to give athletes more power over where they go.

After winning two championships with the Heat, he shocked everyone again when in 2014 he decided to return to Cleveland. Despite the fact that fans had burned his jersey and the team owner had called him a coward, he knew the franchise would jump at the chance to get him back. In 2016 he ended up bringing a championship to a city that hadn’t seen one for over 50 years.

James continues to implement his strategy of ‘power to the players’ in the way he signs his contracts as well. Each year he inks a one-year deal with a player option for a second year. That way the team has to pay him the maximum amount available under league rules, but with no guarantee he’ll be staying put for more than one season. Thus management is forced to do everything it can to put good players around their star to guarantee a winner, while other teams jockey for position just to have a chance to sign the biggest names.

James’ stature is reinforced by his business acumen as well, as his non-basketball ventures have proved quite lucrative – an outcome not guaranteed just by having lots of money.

Are these the actions of a stupid man?

LeBron James makes grammatical mistakes, but when Laura Ingraham suggests he doesn’t have the capacity to go beyond bouncing a ball, she is obviously mistaken.

LeBron certainly isn’t a political pundit, yet he has clearly decided that he has an obligation and a desire to speak out on cultural and political issues.

And it’s worth noting that these aren’t just words. James expends a great deal of energy on helping disadvantaged kids, for example through a program that will make college free for children from his home town of Akron who maintain good grades in school.

People can decide for themselves whether to listen to LeBron James’ views or not; but every American has the right to express his or her opinion. This is essential in a democracy, as there’s no guarantee that the experts will get it right, or look out for the interests of the entire population.