Special Prosecutor Robert Mueller’s indictment of 13 alleged members of a Russian troll farm is leading to calls for escalation with Russia, exacerbating tensions that are already at historic – and dangerous – lows, observes Caitlin Johnstone.

U.S. empire loyalists are so close to telling the truth when they babble about “Russian propaganda.” They are openly admitting that it is wrong to use media to manipulate the ways that Americans think and vote. Now all we need is for them to admit that they themselves do this constantly, and we’ll be on the right track. 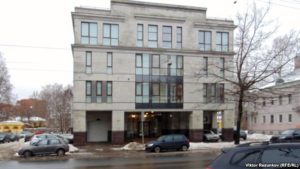 The word “Russians” is America’s top trend on Twitter at the time of this writing because of a Mueller indictment of 13 alleged members of a Russian troll farm, those nefarious supervillains who posted pictures of puppies and promoted Bernie Sanders to “sow discord in the U.S. political system, including the 2016 U.S. election.”

Predictably, no evidence is added to cohesively tie the establishment Russia narrative together with allegations of Russia hacking the Democratic Party and giving their emails to WikiLeaks, meeting with Donald Trump, Jr. at Trump Tower, any shenanigans with well-hydrated Russian prostitutes, or indeed anything tying the troll farm to Trump or the Russian government at all.

The focus instead is on people disguising their identities to troll Americans on social media, which we have now learned constitutes a “conspiracy to defraud the United States.” As Disobedient Media’s Elizabeth Lea Vos rightly points out, it is also behavior that the Hillary Clinton campaign is known to have funded and engaged in extensively.

In response to this underwhelming revelation, Democrats and Never-Trumpers are howling for new Cold War escalations with Russia. This despite the fact that this administration has already killed Russians in Syria, greatly escalated nuclear tensions with Russia, allowed the sale of arms to Ukraine (a move Obama refused for fear of angering Moscow), established a permanent military presence in Syria with the goal of effecting regime change, forced RT and Sputnik to register as foreign agents, expanded NATO with the addition of Montenegro, assigned Russia hawk Kurt Volker as special representative to Ukraine, shut down a Russian consulate in San Francisco and expelled Russian diplomats as part of continued back-and-forth hostile diplomatic exchanges.

We are already at an extremely dangerous point in the ongoing trend of continuous escalations with a country that is armed with thousands of nuclear warheads. And these deranged lunatics want more.

“Special Counsel Mueller’s indictments are further proof that Vladimir Putin directed a campaign to interfere with our elections, with the goal of tipping the outcome,” tweeted Senate Minority Leader Chuck Schumer. “Given these indictments, @realDonaldTrump should implement the sanctions that Congress passed immediately.”

Steven Schmidt, MSNBC analyst and former strategist for George W. Bush and John McCain, said that the word “meddling” is not a sufficiently inflammatory word, because “What Russia did is ATTACK the United States. Trump and the Corrupted GOP majority refuse to defend the sovereignty of the country from this outside THREAT from a hostile state actor.”

Congressmen Ted Lieu and Adam Schiff, Senator Bernie Sanders, popular commentators Preet Bharara and Joe Walsh have all joined in the pile-on, along with many, many others, all demanding that the president do more to escalate tensions with Russia even further than he already has.

This is exactly what renowned U.S.-Russian relations expert Stephen Cohen has been warning of: an extremely dangerous mixture of continually escalating Cold War tensions coexisting with hot proxy wars between two nuclear superpowers, with a president facing immense political pressures to keep advancing and never, ever back down. A narcissist in the White House being baited by his political enemies into a game of nuclear “chicken,” without the ability to swerve when necessary.

Meanwhile what are Republicans talking about? Why, they’re all crowing about the fact that these Russia revelations began on Obama’s watch and don’t show collusion, of course.

Do you see what is happening here? There is never, ever going to be any proof of Trump-Russia collusion, because that has never been what this is about. We’ve talked about this before: America’s unelected power establishment doesn’t care about impeaching Trump, it cares about hobbling Russia in order to prevent the rise of a potential rival superpower in its ally China. All this lunacy makes perfect sense when you realize this. The U.S. deep state is using the hysterical cult of anti-Trumpism to manufacture support for increasing escalations with Russia, and the anti-Trumpists are playing right along under the delusion that pushing for moves against Russia will hurt Trump.

Well they will not hurt Trump, because there has never been any Trump-Russia collusion. If there had been it would have been picked up by America’s sprawling surveillance networks and leaked to the Washington Post before the end of 2016, and if Trump were a Putin puppet he wouldn’t be continually escalating toward direct conflict with Russia in ways his predecessor Obama never would have dreamed of doing. They aren’t hurting Trump with these loud cries for increased sanctions and hawkishness, they’re imperiling us all.

Democrats, it is time to stop letting them bait you into calling for even more escalations with a nuclear superpower and start calling for detente instead. Republicans, it is time for you to stop putting partisan politics ahead of the survival of our species and start pushing against these dangerous escalations that your president has been playing right along with. These escalations are extremely dangerous and getting ever more so, and in the name of all that is holy I implore you to stop before the unthinkable happens.

On my knees I beg you all to stop this madness, for the sake of my children and yours. You lunatics on both sides of the political divide are going to get us all killed. In God’s name, stop. Please.