President Trump has blamed NAFTA for eliminating manufacturing jobs for U.S. workers but it also caused economic dislocation in Mexico, driving some desperate Mexicans northward to the U.S., as Dennis J Bernstein reports.

During his campaign and his presidency, Donald Trump has threatened to withdraw from the North American Free Trade Agreement if Canada and Mexico refused to renegotiate a “much better deal.”

“A Trump administration will renegotiate NAFTA,” Candidate Trump declared at one campaign stop after another, “and if we don’t get the deal we want, we will terminate NAFTA and get a much better deal for our workers and our companies; 100 percent.”

But as with many issues, the reality of Trump often doesn’t measure up to the rhetoric. I spoke to noted labor journalist and photographer David Bacon about the prospects for NAFTA and free trade under Trump, and the devastating impacts that such policies have had and will continue to have on workers and undocumented workers in particular.

Bacon’s books include The Right to Stay Home: How U.S. Policy Drives Mexican Migration. I spoke to him on Nov. 1, 2017 for Flashpoints on Pacifica Radio.

Dennis Bernstein: During the campaign, Trump talked about getting rid of NAFTA.  Where are we now in “free trade land”?

David Bacon: Trump promised that he would renegotiate NAFTA, but, after all, Obama made the same promise when he was running for office.  They were appealing for the votes of people who were hurt by the agreement here.  NAFTA did have an enormous impact on working people in this country.

The Economic Policy Institute says that NAFTA cost the jobs of about 680,000 people in the US.  The Department of Labor used to keep track of job losses because people who could show that they lost their job because it was moved to Mexico were entitled to get extended unemployment benefits.  By the time Bush became president, that number had already reached about half a million people and Bush told the Department of Labor to stop counting because it was becoming politically embarrassing for all the politicians who had voted for the treaty.

There is no question that NAFTA did have an impact on people here and in many ways it led to a kind of displacement here that was similar to what we saw during the Depression, with people coming from the Dustbowl, but also what we are seeing with people coming here from Mexico.

Although the rhetoric of Trump and the Republican Party pits workers in this country against workers in Mexico–because we lost jobs, Mexicans must have gained those jobs–the reality is that Mexico lost many more jobs than they gained.  But one of the things that did happen to people in this country is the migration of people internally in the United States.

When the Green Giant plant shut down here in Watsonville and moved operations to Mexico, a thousand immigrant Mexican women lost those jobs so that Green Giant could then pay women in Mexico one-tenth the wage to do the same work.  Many of the women who lost their jobs had to go somewhere else to find work, the same way that people had to who lost their jobs in auto plants.

We also saw the same thing happen with people coming here from Mexico.  About 3 million farmers in southern Mexico lost their jobs because of corn dumping by big US agricultural corporations like Archer Daniels Midland, and many of those people ended up coming here to the United States.  One thing that progressive unions are trying to do is point out to people the similarity of experiences on either side of the border and that the only way to deal with the impact of treaties like NAFTA is by reaching across the border in solidarity.  The idea that the Trump administration is going to force General Motors to bring jobs back to the United States is just ridiculous.

Dennis Bernstein: So Trump hasn’t brought back thousands of jobs yet?

David Bacon: No, and he’s not going to.

Dennis Bernstein: What has been the trend with NAFTA , where do you see this going?

The only person in the political establishment who has had anything different to say is Bernie Sanders.  He said that a corporation that was responsible for relocating jobs should not be entitled to bid on federal contracts.  That would obviously have an enormous impact on a company like General Motors.

Dennis Bernstein: How does forced migration happen?  In the corporate media it is portrayed as all these people wanting to get the good life in the United States.  But this is not really going on.

David Bacon: Let’s take the corn farmers in Mexico as an example. When NAFTA was passed it pulled down the barriers that had been in place to prevent US corporations from dumping produce in Mexico.  So Cargill, Archer Daniels Midland and the Continental Grain Company took subsidies that Congress gave them in the Farm Bill and used them to subsidize their sale of corn in Mexico.  They were selling corn at 19% below their own cost of production.  They were trying to drive Mexican producers out of the market.

Remember that the cultivation of corn started in Oaxaca. The first domesticated corn was found in a cave outside Oaxaca City.  So we owe the fact that we are able to eat corn at all to these communities.

Under NAFTA, 3 million farmers had to leave home and look for work elsewhere.  They went to Mexico City, they became workers in maquiladoras [manufacturing operations], in the export farms in Baja, California, and here in the United States.  The number of farm workers in California rose from about 20,000 to about 165,000 during the period of NAFTA.  In fact, they have become an enormous part of the farm labor workforce all along the Pacific Coast.

In many ways, this is a very sad story.  These communities were the ones who started corn cultivation.  These are very stable communities going back many thousands of years.  People don’t get up and move for the fun of it.  It takes the forces of survival to get people to leave. 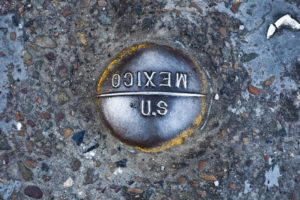 Not all the consequences for us in the United States have been bad.  For instance, workers coming from Oaxaca have been the source of a movement to organize farm workers.  We now have a union of farmworkers in Washington state that was formed by workers from Oaxaca.  Here in California at a blueberry farm near Delano about 500 workers organized themselves into a union.  The reason is that people are coming from communities with a very stable culture of mutual support.

A demographer named Rick Mines did a survey of indigenous farm workers in California and found that a third of workers he interviewed reported earning wages that were less than minimum way.  Clearly people are not happy about the situation and try to organize to change it.

So this massive movement of people as a result of NAFTA is also leading to a rebirth of union organizing among farm workers in California.  But while this has had a very positive impact on working class life here, it has come at a terrible cost.  The uprooting of communities of people forced people to make some terrible choices.

A friend of mine is a high school teacher in Oaxaca.  He says that it is very difficult to stand up in front of his class and urge his students to get an education in Oaxaca when the students themselves have family members and friends working in the United States making more in real wages than he is making as a teacher.

This process of forced migration is robbing people of a future in the communities where they live.  This has terrible consequences for these communities.  There are towns in Oaxaca now where most of the working age population is living in the United States and the people who remain are surviving on the remittances being sent home by their family members here in California.  That is not a very stable situation and doesn’t promise much for the future.

That is what The Right to Stay Home is about.  People in Oaxaca are saying that there is nothing wrong with migration but it should be a voluntary choice.  The choice of whether to leave home and come to the United States should be voluntary, not something that is forced on people by hunger.

What has to change in order for that to happen?  The trade agreements must be changed to eliminate the dumping that leads to forced migration.  We need political change in both countries to give people the freedom to migrate, equality and decent jobs.  But we also need to ensure that the towns that people are coming from are places that are able to offer a future to their young people as they are growing up.

Dennis Bernstein: Has the situation gotten appreciably worse under Trump?

David Bacon: Unquestionably, the Obama administration did do terrible things.  We saw the deportation of 300,000 to 400,000 people a year, the growth of these privatized detention centers.  But the rhetoric of the administration and the ability of people to pressure the government is different.

The whole reason we have DACA to begin with is because young undocumented people organized themselves against deportation and were able, through action, to get people out of detention, finally sitting in in Obama’s campaign office in Chicago in 2012 and getting them to issue an executive order that gave legal immigration status to about 800,000 young people.

Now we have people in power like Jeff Sessions and Jim Kelly who are saying they are going to undo the kinds of advances that people made in the last eight years.  A lot of what Trump is talking about is undoing what immigrant rights activists and unions and progressive people have fought for over the last eight years.

Another thing is reinstituting these cooperation programs between the police and the immigration authorities that we were able to get rid of in California and New York.  Now here comes Trump and Sessions saying that they are going to reinstitute it.

In fact, the rate of deportations in the first months of the Trump administration have been much higher than in the last part of the Obama administration, when popular pressure was able to force the administration to stop this kind of cooperation between the police and immigration authorities.

Dennis Bernstein: In the 45 seconds remaining, what is your version of humane immigration reform?

David Bacon: It means that everybody has a legal status here in the United States. We need to decriminalize migration and get rid of the detention centers. We need to demilitarize the border.  And we need to stop the process by which people are being forced to migrate in order to survive.  Changing the trade agreements, including NAFTA, is another crucial part of humane immigration reform.

← Learning to Love McCarthyism
The Dangerous Business of Journalism →

19 comments for “Trump and the NAFTA Effect”