Mexico continues to struggle with recovery after another earthquake over the weekend left some people still trapped inside collapsed buildings and many Mexicans on edge, as Molly Kate Goss described to Dennis J Bernstein.

The earth under Mexico continues to shake and Mexicans continue to sleep with one eye open, ready to take to the streets when the next quake hits. Indeed, a strong tremor in southern Mexico temporarily suspended the search for survivors of last week’s damaging earthquake in Mexico City. 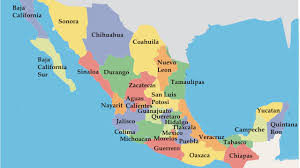 Last week’s 7.1 quake in Mexico City has claimed the lives of over 300 people and counting, as rescue crews continue to dig through the rubble for possible survivors. As of this writing, there were reports of people still trapped in different locations around the sprawling city, and the Mexican government’s response, according to many reports, has been inadequate.

I spoke late Monday to Pacifica’s Flashpoints Special Correspondent Molly Kate Goss for an update on the situation on the ground. Goss said the recovery is going slowly and that civil society continues to play a major role in offering assistance to those who were most affected by the quake.

Dennis Bernstein: Why don’t you give us a sense of what happened over the weekend and what these latest quakes and tremors are doing to people’s nerves?

Molly Goss: At about 7:50 on Saturday morning I woke up to the earthquake alert and couldn’t believe I was hearing it again. This is the third major earthquake in two weeks. I definitely think that people’s anxiety level has gone up a lot.

I am from Northern California where we have a lot of quakes and I have never been very afraid of them until now. Many people will tell you it is difficult for them to get to sleep, it is difficult every time they hear an ambulance go by. This quake was a little over six on the Richter scale.

People are trying to return to their lives to a certain extent. A lot of restaurants and shops are open, though most of the schools in Mexico City are still closed. When you go out to the sites where they are looking for people, there are still hundreds of people waiting to help out in whatever ways they can.

DB: People don’t even really know at this point how dangerous each building is.

MG: There are so many things we don’t know. We don’t know which buildings are unsafe to inhabit. There is a lot of uncertainty about many of these buildings. In the 1990’s there was a huge push toward building very tall buildings here. Now there are questions about whether those buildings have the correct permits and who issued those permits. In the weeks and months and years to come, there is going to be a lot of questioning about the urbanization that has been going on in Mexico City for the last couple decades.

DB: Did you say that people are still looking for survivors under the rubble?

MG: At one site about 20 minutes from here, they are still looking for upwards of 40 people on the fourth floor of a six-floor building. In the last couple of days they haven’t reached anyone but they are still there.

Family members staged a protest today complaining that the government, with the navy and the army, are not giving them the correct information. In situations like this in Mexico, many people don’t believe the government. There are many reports of the government not letting in civilians, who are turning up at these sites in the thousands.

MG: The first time I heard the earthquake alarm it was a test and I kind of meandered out of the building, but this Saturday I was awake in a second, grabbed my dog, and flew out of the building. What I am hearing from a lot of people is that this is something for the long haul, there are effects that will continue long into the future. I think people are going to be on edge for some time.

But even though people are nervous and having trouble sleeping and talking to their children about the impossibility of predicting when this might happen again, the solidarity continues. People are still out there with their hardhats, taking water and medicine to the rescuers.

DB: Is the government stepping up now? Are people getting more of the support that they need? Or is this a lingering problem?

MG: I would say it is an ongoing problem. In the state of Morelos, which was hard hit by the September 19 quake, it has been questionable whether a lot of the help that has been sent is actually getting through to the people. People in certain communities in Oaxaca have complained about not getting any help at all from the government after the first earthquake. People have been banding together and trying to get help from private sources.

Just down the street from where I live, for example, a bar has been turned into a center for sending help out to the different states that have been affected. Civil society is really stepping up, but I can’t say the same for the government response.