Opposition to the Iran nuclear agreement, known formally as the Joint Comprehensive Plan of Action (JCPOA), always has been filled with disingenuous arguments. This reflects the fundamental illogic of the opponents’ position: if the agreement were to be junked, this would mean removing a panoply of restrictions on Iran and re-opening now-closed avenues to a nuclear weapon for the very country that the opponents constantly contend is a serious threat.

The principal sources of opposition have had little to do with terms of the agreement itself or with nuclear matters, even though the specter of an Iranian nuclear weapon was the focus of rhetoric from those same opponents before the JCPOA was negotiated. The sources instead involve governments in the Middle East that have other reasons to try to keep Iran a pariah forever, and elements in the United States that want to fulfill campaign rhetoric and to trash any accomplishments of the previous administration.

Nonetheless, enough people of goodwill are vulnerable to being swayed by some of those arguments that the arguments need to be addressed. One of the most frequently mentioned concerns the so-called sunset provisions, under which time limits (of varying lengths, such as 10 or 15 years) apply to some of the restrictions in the JCPOA.

The first thing to point out is that this argument is just as disingenuous as others in that if the JCPOA were killed, or if it had never been negotiated in the first place, the resulting alternative would be worse than the JCPOA according to the very criteria on which the opponents’ argument is based. If there were no JCPOA, then instead of Iran being free of some restrictions on its nuclear activity 10 or 15 years from now, it would be free from those same restrictions right now.

The next thing to note is that even though time limits were applied to some of the restrictions, other restrictions, which are highly germane to preventing development of nuclear weapons, have longer time limits or do not expire at all. This is true of the permanent bans on any Iranian work on nuclear explosive devices and on any reprocessing of spent reactor fuel, which would be needed to separate plutonium. It is especially true of important aspects of the enhanced inspection arrangements, such as the ability, now also permanent, of the International Atomic Energy Agency to request access to undeclared sites.

International treaties and agreements typically are not irrevocable and binding forever. No government wants to commit itself and its successors in perpetuity in the face of possible changes in the international environment and in the behavior and objectives of other states. Most international treaties and agreements have explicit time limits and/or exit clauses that permit withdrawal from the agreement after giving some advance notice, usually only a few months. The JCPOA is no more ephemeral in design, and in many respects is built more for permanence, than the average international agreement. 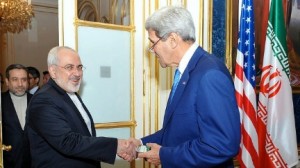 Whether the restrictions and commitments in the JCPOA endure beyond some date a decade or so from now will depend ultimately not on the wording of a sunset clause but rather on whether the parties to the agreement continue to see the bargain embodied in the agreement to be in their national interests. Iranian decision-makers reached the conclusion that avoiding some of the economic and political costs of pariahdom was more in Iranian national interests than an attempt to develop a nuclear weapon would be. Iran and the P5+1 then struck a bargain in which Iran agreed to observe limits on, and closer scrutiny of, its nuclear activity in return for some relief from economic sanctions.

The parties to the agreement will continually face the same calculations in the years ahead that they faced when they were negotiating this bargain. As long as they continue to regard the bargain as being on balance beneficial, the provisions of the JCPOA will endure, perhaps through a relatively simple extension agreement. If their calculations change significantly for whatever reason, those provisions may die. Either way, it won’t be the fine print in a sunset clause that determines the outcome.

Opponents of the JCPOA display some of their many inconsistencies on this topic. Donald Trump — the opponent who counts the most — already talks, only a couple of years after the agreement entered into force, of declaring the JCPOA not to be in U.S. national interests and pulling out of the accord, notwithstanding the commitments that are part of the text and that the United States signed on to. And yet opponents of the JCPOA, who typically depict Iran as being far less trustworthy than the United States, futz over the sunset clauses in that text as if they represent a major problem that will make the difference between Iran having and not having a nuclear weapon a decade from now.

Their handling of this issue is one more indication of their argumentative dishonesty, with the sunset clauses being just one more aspect of the JCPOA that they can attack as a “flaw”. The standard of comparison they are implicitly using is an impossible-to-achieve formula in which the United States gets everything it would like on every issue. Meanwhile they hope that their listeners will not think about the real alternative to the JCPOA, which is the absence of an agreement and the absence of any special limitations on Iran.

There has been some talk about negotiation to extend the time limits in the JCPOA. Great — sit down at a table and have at it. The same goes for those other issues involving Iran that opponents of the JCPOA keep talking about even though the JCPOA was never intended to deal with them. At least re-opening a channel of communications could help in managing other problems. This was a side-benefit of the negotiations on the JCPOA, which established a useful channel at the foreign minister level that now, because of U.S. lack of interest, is closed.

But any new negotiations must build on diligent observance by all parties of the commitments in the JCPOA. Reneging on any of those commitments would create the worst possible environment for trying to reach new deals on time limits, ballistic missiles, or anything else.

It may be too early, however, to complete an extension agreement for the JCPOA. Would the United States be willing to make commitments now about what its policy toward Iran will look like more than ten years from now? Iran will have similar hesitancy about making commitments that far in the future, and it is not just going to knuckle under to new and farther-reaching demands. As with any international bargain, one has to give something to get something.

Related to the arguments about the sunset clauses, opponents of the JCPOA like to spin a story of Iranian leaders having a deceitful and very long-term strategy whereby they sucked the P5+1 into acceding to an agreement with time limits, after the expiration of which Iran will quickly build a bomb. Not only is there no evidence whatsoever of any such Iranian thinking; the story is not even plausible.

If leaders in Tehran really did see a nuclear weapon as being more in their national interest than not being an economic and political pariah, then accepting an accord in which they dismantle and disable large parts of their nuclear program, significantly lengthening the “breakout time” for making a nuke, and subject themselves to the most intrusive international nuclear monitoring arrangement ever, would be a very, very weird way to implement such a strategy.

If a nuclear weapon is somewhere in Iran’s future, it won’t be because of such supposed and ridiculously unrealistic Iranian thinking but rather because the bargain that prevents an Iranian nuke will have been overturned by a U.S. administration reneging on U.S. commitments and destroying the JCPOA.