Confusion and bad timing aren’t exactly news when it comes to the Trump administration. But even by its low standards, Washington’s policy toward the most populous Arab country, Egypt, is a mess.

Last month, for example, just before First Son-in-Law Jared Kushner was scheduled to meet Egyptian President Abdel Fattah al-Sisi, the State Department announced that it was cutting or holding up nearly $300 million in aid out of concern for human rights.

Then, in an apparent reversal this week, Pentagon officials confirmed that the U.S. military will participate for the first time in years in “Operation Bright Star” military exercises in Egypt, beginning on September 10.

Although the U.S. contingent will be relatively small — just 200 soldiers — they send a message of support from Washington for the military regime, whose slaughter of nearly 1,000 peaceful demonstrators in 2013 led President Obama to cancel America’s participation.

The regime heard an even louder and more definitive message of support back in April, when President Trump invited Sisi to the White House for a private meeting. He was the first Arab leader so honored by the new administration. “We are very much behind President al-Sisi,” Trump declared, praising his counterpart for doing “a fantastic job in a very difficult situation.”

Even as news was breaking this week about the upcoming military exercises, Human Rights Watch was releasing a damning new report on regime abuses, based on extensive interviews with former detainees. 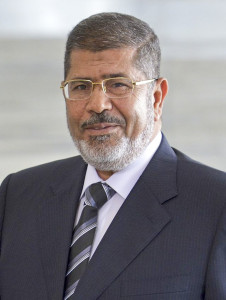 The organization charged that “Since July 2013, when Egypt’s military overthrew the country’s first freely elected president, torture has returned as the calling card of the security services, and the lack of punishment for its routine practice has helped define the authoritarianism of . . . Sisi’s administration.”

The report’s observation that “government officials at the highest level continue to deny the seriousness of the torture epidemic” was borne out when a spokesman for Egypt’s Interior Ministry charged Human Rights Watch with “spreading rumors” and “provoking feelings.”

Whatever the truth about individual victims described by the advocacy organization, there can be no doubt about the big picture, Human Rights Watch said: over the past four years of military rule, “Egyptian authorities have arrested or charged probably at least 60,000 people, forcibly disappeared hundreds for months at a time, handed down preliminary death sentences to hundreds more, tried thousands of civilians in military courts, and created at least 19 new prisons or jails to hold this influx.”

The repression only got worse after President Trump threw his support behind authoritarian Sunni Arab states at the Riyadh summit meeting in May. Trump stood across from Sisi, joined by Saudi Arabia’s King Salman, as they touched a glowing orb signifying . . . a good photo opportunity. Saudi Arabia is a major financial backer of the Sisi regime, sharing its loathing for the Muslim Brotherhood and opposition to democratic reforms in the Arab world.

“News media restrictions” was a polite way of saying that the dictatorship blocked access to about 100 websites, including those of Egypt’s leading independent news sources and the Arab world’s most prominent news outlet, Al-Jazeera.

It’s true that making an omelet requires breaking eggs, but it doesn’t follow that breaking heads and trashing human rights make a more stable society. As Michele Dunne of the Carnegie Endowment testified in April, “the unprecedented human rights abuses and political repression practiced by the government since 2013 is fanning the flames rather than putting them out.”

“When al-Sisi took control in 2013,” she added, “Egypt did not have a virulent insurgency, thousands dead in extrajudicial killings, tens of thousands of political prisoners, . . . hundreds killed in terrorist attacks annually including the recent suicide bombings targeting Christians, and a desperate economic situation. Egypt has all of those problems now, along with the strong social polarization and susceptibility to radicalization that result.”

Giving more weight to her testimony, Al-Monitor reported in July that anti-regime militants had stepped up their attacks by assaulting one of Egypt’s most elite commando forces, the 103rd Thunderbolt Battalion, in the Sinai. Although the attackers were driven away, they killed at least 15 Egyptian soldiers and injured another 11.

An Opportunity for Congress

While the Trump administration flounders, Congress may step in to register its displeasure. Two leading Senate Republicans, Lindsey Graham of South Carolina and John McCain of Arizona, denounced Egypt’s crackdown on human rights organizations this spring.

“Civil society seems to be deteriorating, their economy is lacking and I really worry about a consolidation of power in a way that’s basically undemocratic,” Graham said at a hearing in April on U.S. foreign assistance to Egypt.

“It is important for the Egyptian people to know that the United States supports freedom of expression, of association and of due process, and when these rights are systematically violated there is a consequence,” said Sen. Patrick Leahy, D-Vermont, after the hearing.

Republicans in the House will likely try to restore full funding, an irony given the traditional loathing of conservatives for foreign aid. But American taxpayers deserve to know that their dollars are going either to defend their security or their values. In the case of Egypt, the answer is neither.