Amid more federal and state crackdowns on illegal immigrants, some Latinos feared that Hurricane Harvey relief efforts could serve as another excuse to round up people without documents, as Dennis J Bernstein learned.

Federal and state initiatives targeting undocumented immigrants have spread alarm through Latino communities as people face ethnic profiling,  and some in Houston even feared seeking refuge from Hurricane Harvey because of the possibility they would run afoul of law enforcement.

“Texas is ground zero for the fight against Trump-inspired, white nationalist legislation,” said Salvador Sarmiento, National Campaign Coordinator for the National Day Laborer Organizing Network (NDLON), which represents thousands of day laborers across the country. Sarmiento has also been leading the fight against recently passed anti-immigrant legislation in Texas known as SB 4.

I spoke to him in Dallas on August 30 about the dangers that SB 4 presents for undocumented people in Texas and about the implications for hundreds of thousands of so-called “Dreamers” and their families as President Trump moves to rescind President Obama’s directive allowing them to stay in the U.S., known as Deferred Action for Childhood Arrivals (DACA). 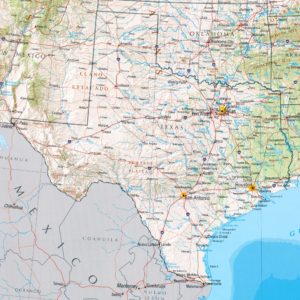 In a recent victory for NDLON and other immigrants groups, Chief U.S. District Judge Orlando Garcia ruled on August 30, that Texas officials may not implement Texas Senate Bill 4, which was set to go into effect on September 1 and would have given local law enforcement the power to ask for information regarding a person’s immigration status during routine interactions such as a traffic stop.

Critics of the law argued that it gave a green light to racial profiling and violates the First and Fourth Amendments. In his 94-page ruling, Judge Garcia maintained there is overwhelming evidence from local officials, including local law enforcement, that SB 4 would “erode public trust” and actually make many “communities less safe.”

Dennis Bernstein: I’d like to talk to you about the struggle against the draconian SB 4. But I have to begin by asking you about the more than half a million undocumented people in the greater Houston area. The border patrol has said that they will proceed as usual, unlike in the past when they suspended activities during hurricanes. 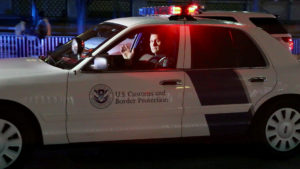 Salvador Sarmiento: The people in Houston and the surrounding communities are trying to focus on making life and death decisions. Instead, the immigrant community in Houston is facing a triple threat. They know that ICE [Immigration and Customs Enforcement] is going to be setting up checkpoints, there is now news that DACA could be under attack and, at the same time, we are dealing with SB 4, this racial profiling law. Emergency officials know that this is not a time to be talking about immigration enforcement.

DB: Despite that, on Friday [August 25], the border patrol came out with the following statement: “Border patrol checkpoints will not be closed unless there is a danger to the safety of the traveling public, and our border patrol resources, including personnel and transportation, will be deployed on an as-needed basis to augment the efforts and capabilities of local response authorities.” This sort of feels like the checkpoints in Palestine.

SS: It is outrageous that we even have to deal with this at this time. Even the mayor of Houston directly stated that he himself would defend undocumented immigrants because this is no time to be thinking about enforcement.

DB: I imagine there is a sort of widening underground railroad, with people opening their homes. I imagine that kind of organizing is going on and expanding.

SS: We are relying on the grassroots capacity already in place. They really are the first responders. Professional disaster response is important, but even that depends on the networks that exist on the ground.

DB: This is all happening at a time when Texas is going extreme right-wing with the passage of SB 4. You have a half million undocumented folks in the greater Houston area facing that kind of terror, you have Donald Trump pardoning Joe Arpaio. So there is this coordinated campaign of hate. What efforts are underway to resist all this? These are difficult times for you all. 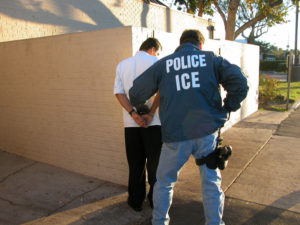 SS: This is what all the Trump rhetoric has been pointing to. He is using government institutions to exploit fear, to enable white supremacists, such as Joe Arpaio, and to really go after the most vulnerable among us.

The Texas government is leading the attack against immigrants across the country. SB 4, this racial profiling law, sends a message to local law enforcement that it is their job to stop and question immigrants. This is together with an unprecedented expansion of 287(g) deportation agreements with local sheriffs.

To add to all of that, they are now going after DACA, the program that protects young immigrant students from deportation. We really have to do something to raise the profile of what people are dealing with in Texas right now. This Saturday [September 2], we are joining a very powerful unity march in Austin.

There are two important things to mention about the pardon of Joe Arpaio. First, in the context of Charlottesville, Trump chooses to enable a sheriff who represents a white supremacist strategy of attrition against people of color in Arizona. The second thing is that it is not a complete defeat that we are looking at with this pardon of Arpaio. Communities in Arizona rose up against an abusive tyrant and took him down.

DB: Who is going to be impacted if Trump follows through with his plans to repeal [DACA]?

SS: The fact that DACA is even being targeted really goes to the heart of the despicable agenda that the Trump administration and the Texas GOP are trying to advance. There is absolutely no legal reason to undermine a very basic protection for young immigrants who have grown up in this country.

If anything, DACA should be expanded to include their parents, to all 11 million people who are already here and part of our communities. We are talking about 800,000 youth and their families who are going to be affected, and it will open the door for a lot more targeting.

But it is also important to mention that DACA was not a gift from the Democratic party. The advances we have made over the past decade were the result of immigrant youth challenging the status quo and refusing to wait.

DB: How exactly does SB 4 empower local law enforcement to expand their ethnic profiling of a large percentage of the population of Texas?

SS: SB 4 is very much in the same vein as Arizona’s SB 1070. The extreme right in America has developed a strategy of attrition against people of color. The idea is to make the lives of immigrants so miserable that they themselves will choose to leave the country.

DB: Trump is coming to Texas and I wonder if he is going to address the fears of a half a million undocumented people in the Houston area or instead announce the end of [DACA]?

SS: Right now there is a lot of activity in Texas. Protests are being planned in many cities. Preparations are under way in communities like Dallas and Houston and all the way to El Paso for communities to organize and defend themselves. At this point, it is very clear that the Texas government is very much on board with Trump’s anti-immigrant agenda. Actually, we are waiting to see whether a court will partially or fully enjoin or block the implementation of SB 4. 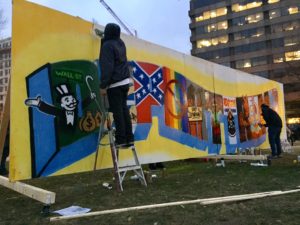 But the message has already been sent to Texas local law enforcement. So, while we are hopeful that a federal court in San Antonio will make the right decision, we realize that no court injunction is going to stop this white supremacist agenda. We can no longer depend on the judicial system or assume that the political parties are going to get us out of this mess.

DB: Your organization, the National Day Labor Organizing Network, just completed a week-long gathering. What was decided at this week of meetings?

SS: We just celebrated our eighth national assembly with our more than fifty grassroots organizations across the country. The theme this year was “courage over fear.”

We know that Trump’s only weapon is fear and that the people demonstrating courage today are the immigrants and the refugees. We plan to take this indignation we are feeling and turn it into action.

Right now, in California, there is a bill in the legislature, SB 54, the California Values Act, and it is not clear that public officials are getting behind this legislation.