American politicians love to hurl economic sanctions at disfavored governments, but the current labyrinth of sanctions is so complicated that it has unintended consequences, as ex-CIA analyst Paul R. Pillar explains.

U.S.-imposed economic sanctions often have been misdirected and counterproductive, but a new sanctions-related development involving Iran is especially illustrative. 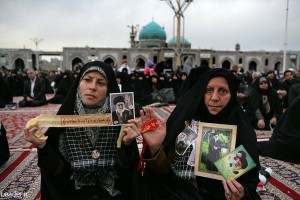 First, some background. Iran has been a favorite target of American politicians who use sanctions as a vehicle for expressing disapproval for a regime, with little apparent thought about the actual effects of the sanctions. Since the entering into force of the nuclear agreement known as the Joint Comprehensive Plan of Action, which in the eyes of most governments successfully resolved the issue of a possible Iranian nuclear weapon, the United States has been alone among major powers in continuing to sanction Iran.

The sanctions that the United States has piled on Iran for years have become so extensive and complex, and the penalties for violation so severe, that many American companies have erred on the side of caution by forgoing business opportunities in Iran even more than is legally required. The fear of God, or rather of the U.S. Treasury Department, has made them wary of inadvertently stepping across some unclear line.

The new development is that Apple is attempting to shut down apps developed by Iranians for use on iPhones inside Iran. The sanctions prohibit Apple from selling its phones in Iran, but millions of the popular devices have been smuggled into the country from places such as Dubai and Hong Kong. Hence the market for apps that Iranians find useful, such as an Uber-like ride-hailing service known as Snapp. Apple is removing Iranian-developed apps, including Snapp, from its App Stores. The company issued a message to Iranian developers in which it attributed the move to “U.S. sanctions regulations.”

That Apple’s move is the result of an abundance of fear and caution is indicated by Google taking a different tack. Google has done nothing to remove Iranian-developed apps for Android phones from its Play store, and it permits Iranian developers to publish their apps in Iran provided that they do not involve purchases.

Maybe Google is on firm legal ground. But with the American political impulse to keep imposing still more anti-Iran sanctions, and with a resulting system of sanctions that is so complicated it can be fully understood only by a few experts in Treasury’s Office of Foreign Assets Control, many companies will take Apple’s more cautious approach.

Impeding the full use by Iranians of their iPhones does absolutely nothing to weaken the Iranian regime, to punish it for behavior we don’t like, to deter it from future behavior we might not like, or to accomplish any other ostensible purpose of the sanctions that have led Apple to do what it is doing. It only takes ordinary Iranians farther away from fully enjoying an American product with an American operating system, and it stimulates a turn to Iranian alternatives such as an internal Iranian online payment system.

As with many of the U.S. sanctions, the overall effect on the Iranian economy is to weaken portions of that economy that are outside the regime and to strengthen the regime’s influence over other parts, including the economic activities of the Islamic Revolutionary Guard Corps.

An instructive irony of Apple removing apps that ordinary Iranians use is that recently Apple removed apps that ordinary Chinese were using to circumvent government censorship and gain use to non-Chinese internet sites. The Iranian regime, like the Chinese regime, blocks the use of some popular Western-based social media (although the Iranian telecommunications minister has hinted that some of these restrictions may be dropped). The difference is that in one case Apple is responding to pressure from the Chinese government, while in the other case it is responding to pressure not from Iran but instead from the U.S. government.

Meanwhile, the sanctions mean more lost business for American companies. While Apple is prevented from selling its phones in Iran, one of its biggest competitors, Samsung, opened earlier this year a large sales center in Iran.

38 comments for “The Mindless Harm of Economic Sanctions”