Afghanistan has been a disaster for U.S. policymakers since Presidents Carter and Reagan started funding Islamists almost four decades ago and then the U.S. began fighting them post-9/11, a failure that needs ending, says Alon Ben-Meir.

Sixteen years have passed and we are still fighting a war in Afghanistan which is not only the longest in American history (at a cost approaching $1 trillion and the blood of thousands of brave soldiers), but one which is morally corrupting from which there seems to be no exit with any gratification but shame. 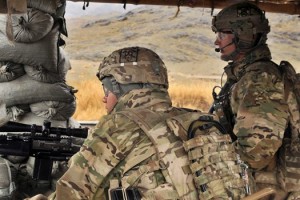 It was necessary to invade Afghanistan to destroy Al Qaeda following 9/11, but once it was defeated we should have departed, leaving behind some residual forces to clean up the mess. Instead, we decided to introduce democracy, a totally alien concept to a land historically governed by tribes, and which no foreign power has ever been able to govern or fully conquer for long.

Today, we are still discussing the best course of action to bring this war to some form of a satisfactory conclusion. Before we discuss prospective solutions, however, we should take a hard look at the real cost of the war and its implications that will startle many to their core.

Nearly 2,400 American soldiers have been killed and 20,000 wounded; over 33,000 Afghani civilians have lost their lives. A record number of civilians—1,662—were killed in the first six months of 2017 alone, and over 3,581 civilians were wounded. Overall, Afghani casualties are estimated at 225,000, with 2.6 million Afghani refugees and more than one million internally displaced.

Thus far, the cost of the war to date is approximately $783 billion; the cost for each soldier is $3.9 million per year. If we were to divide the war’s cost among Afghanistan’s 30 million citizens, it would amount to $33,000 per head, from which the ordinary Afghan has derived zero benefit in a country where the average annual per capita income was only $670 in 2014.

While we are spending these sums of money on an unwinnable war, 15 million U.S. children (21 percent) live in households below the federal poverty threshold. Hundreds of thousands go to sleep hungry, and many are living in squalid conditions, with infrastructure and homes on the verge of collapsing.

To understand the travesty of these expenditures on the war, just think of the cost to America, not only in human lives and money, but our moral standing in the world and the pervasive, corrosive thinking that the war can still be won with military muscle.

It is naïve to think that after 16 years of fighting, dispatching an additional military force of 4,000 soldiers (as recommended by Secretary of Defense James Mattis) will change anything, when at its peak over 140,000 soldiers were unable to win and create a sustainable political and security structure that would allow us to leave with dignity.

No Win in Sight

No one in the Trump administration, including the Pentagon, is suggesting that additional forces would win the war. At best, they can arrest the continuing advances of the Taliban, which is now in control of more than one third of the country — and then what?

After a visit to Afghanistan, Sen. John McCain was asked to define winning: “Winning is getting major areas of the country under control and working toward some kind of ceasefire with the Taliban.”

But as Robert L. Borosage of The Nation points out, “we’ve had major areas under control before, and the Taliban continued to resist, while corruption and division continued to cripple the Afghan government.” Beyond this resurgent Taliban threat, Al Qaeda is back in full force and is successfully spreading its wings far beyond the Afghani borders.

If anything, the situation today is even worse both in the political and security spheres, and the prospects of developing sustainable conditions on the ground and a functioning government in Kabul are next to zero. Sadly, Defense Secretary Mattis resembles a gambling addict pouring money into a slot machine, but ends up leaving depressed and frustrated for having lost every dollar, hoping against hope to win a jackpot that never pays out.

One might ask Secretary Mattis, what is our goal now in Afghanistan, and what is our exit strategy? For the past 16 years, no Defense Secretary provided a clear answer, and now we are asked to gamble again with the lives of our soldiers, with no hope of ever winning this debilitating war, which has now become a war of choice.

To be sure, there will not be a military solution to the Afghan war. The sooner we accept this reality, however bitter it may be, the better so we can focus on a practical outcome that can emerge only through negotiations with moderate elements of the Taliban.

The second option of conducting the war, which is championed by Trump’s chief strategist Steve Bannon, is to hire private contractors in lieu of American troops to fight a proxy war on our behalf. There is nothing more disdainful than such a proposal. If we were to choose this route — sending mercenaries to foreign lands to do our killing — will there be anything more morally decadent than this breach of our humanity?

The fact that we used mercenaries in the past to act as security guards or manage detention centers was bad enough, in that they abused their mandate and committed egregious crimes while making billions of dollars.

We should never repeat such a practice which is morally reprehensible. This scheme, not surprisingly, comes from the self-serving master manipulator Bannon, whose advice to Trump so far has got the President in more trouble than he cares to handle. A war for which we are not prepared to sacrifice the life of a soldier for a worthy cause must never be fought.

In a series of conversations I had with Ajmal Khan Zazai, tribal leader and Paramount Chief of Paktia province in Afghanistan, he spoke with deep frustration about the American military approach that has never had a chance of succeeding.

He said, “Afghanistan is a tribal country, the tribes are the past, present, and the future. To win this hard fight against the Taliban and their associates [including Al Qaeda and ISIS] without the support and backing of the tribes would be a miracle and I doubt a miracle is happening these days.”

He was emphatic about the naivete of successive American administrations, saying that government officials in the Departments of State and Defense going back to the Bush era appeared to be “either obsessed with their version of ‘democracy’ and ‘human rights’ or believe only in a U.S. military solution. They don’t believe in homegrown or Afghan local solutions led by the tribes, or even winning hearts and minds.”

It is time for the U.S. to realize that the long-term solution lies, as Zazai said, with the full backing and support of the tribes. He told me that he is prepared to gather the chiefs of all the tribes to seek commitment from top U.S. officials to empower them by providing $400 million to $500 million dollars, over a few years (which is a fraction of what we spend today). The purpose would be to recruit and train their own militia to fight their own battles — not mercenaries for hire, who want to prolong the war only to enrich themselves.

The solution to the Afghanistan debacle lies with the Afghani tribes, who must take the lead in fighting the insurgency. The tribes will be fighting for their country because they want an end to outrageous foreign interventions that did nothing but cause havoc in the name of pursuing an illusionary democracy.

In the end, the solution lies in peace negotiations with moderates in the Taliban, who are Afghani nationals and will not be dislodged from their own land, and no one is better equipped to achieve that than the tribal chiefs. They want to take matters into their hands and end the decades-long suffering, death, and destruction they have and continue to endure.

83 comments for “The Unending Failure of the Afghan War”