Exclusive: While boasting of his plans for “American energy dominance,” President Trump is slashing key research projects and ceding much of the renewable energy market to China, notes Jonathan Marshall.

In case you didn’t get the memo, the White House dubbed this “Energy Week.” Though devoid of substance, President Trump took the opportunity to tout his administration’s commitment not just to energy security — how passé — but to “a golden age of American energy dominance.” 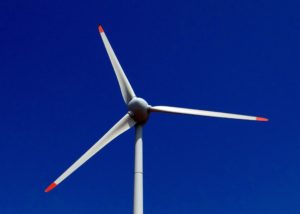 Apparently the White House budget office didn’t get the memo, either, because it still wants crippling cuts to very Department of Energy programs that help Americans get more bang for their energy bucks and fund breakthrough technology research to sustain U.S. energy leadership for decades to come.

The Trump administration proposes about $3 billion in cuts to basic and applied research on energy. It would slash over half the funding for the Office of Energy Efficiency and Renewable Energy (EERE) and wipe out altogether the much-acclaimed Advanced Research Projects Agency-Energy (ARPA-E). Those priorities are reflected in legislation now being crafted by the House Energy and Water Appropriations Subcommittee.

To date, according to the office’s website, now under the supervision of Energy Secretary Rick Perry, “third-party evaluations have assessed one-third of EERE’s research and development portfolio and found that an EERE taxpayer investment of $12 billion has already yielded an estimated net economic benefit to the United States of more than $230 billion, with an overall annual return on investment of more than 20%.”

To promote visionary technologies that EERE and the private sector find too risky to fund, Congress authorized the creation of ARPA-E in 2007. It was modeled after the Defense Advanced Research Projects Agency (DARPA), which is widely credited — among other breakthroughs — with funding the creation of the Internet and the Global Positioning System.

ARPA-E’s mission is to “enhance the economic and energy security of the United States” by reducing energy imports and pollution, improving the energy efficiency of the U.S. economy, and “ensur(ing) that the United States maintains a technological lead in developing and deploying advanced energy technologies.” 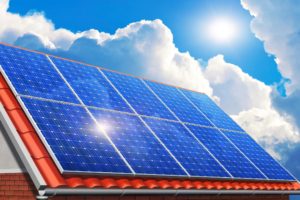 Since ARPA-E first received funding in 2009, it has selectively supported some 580 R&D projects, representing a mere five percent of funding requests. Of those, 74 projects have gone on to attract more than $1.8 billion in private funding to pursue pilot projects, 68 have partnered with the Defense Department or other government agencies to further develop their technology, and 56 have spawned new companies to commercialize their concepts.

It has also earned an enviable reputation for brilliant leadership and for a nimble, efficient operational style usually associated with successful tech companies, not government bureaucracies.

Just in time to inform the debate in Washington, the National Academies of Sciences, Engineering and Medicine two weeks ago issued an authoritative assessment of ARPA-E’s track record and mission.

Contrary to the claims of critics, the report concluded, “The agency is not failing and is not in need of reform. In fact, attempts to reform the agency — such as applying pressure for ARPA-E to show short-term success rather than focusing on its long-term mission and goals — would pose a significant risk of harming its efforts and chances.”

The report’s biggest criticism: ARPA-E fails to tell its powerful story often and clearly enough to the general public.

The Trump administration’s sabotage of such R&D programs comes at an especially critical time, when vital considerations of climate, national security, and economics all cry out for more, not less, attention to clean energy.

On the climate front, time is fast running out for a global response to the threat of disruptive warming. An international group of prominent climate scientists, writing in the journal Nature, have just warned that without substantial reductions in carbon emissions starting in 2020, the chances are low of limiting our planet’s temperature increase to a high but manageable 2 degrees Celsius.

On the national security front, the increasingly anarchic state of the Middle East, the shakiness of the Saudi monarchy, and saber-rattling by Sunni oil producing powers against Iran and Qatar, provide a convincing rationale for weaning the U.S. economy off fossil fuels as quickly as possible, so our industry and transportation sectors become less vulnerable to price shocks induced by war or political instability.

And on the economic front, the Trump administration’s energy sector cuts would amount to unilateral industrial disarmament against rising foreign competitors like China.

Recalling the waves of technology innovation that propelled the U.S. economy in the Twentieth Century, MIT lecturer William Bonvillian recently argued in The American Interest that the next great sources of growth and innovation are renewable energy (wind and solar) and vehicle electrification.

“Although U.S. R&D played a key role in creating these sectors, it has lost implementation leadership,” he warned. China “now dominates world production of solar, boasting five of the world’s six largest solar companies, has the largest wind turbine company, and is on track to generate a quarter of its electricity from wind by 2030.

“China did not enter wind and solar for the environmental benefits; rather, it saw them as rapidly growing advanced-technology sectors where it could dominate and capture major world export markets. It now has. While the U.S. economy maintains the overall lead in technological advances through its still-strong research in these areas, it is in the process of ceding the financial gains of production.”

With 10 electric car companies ramping up production, China also threatens the U.S. lead in such vehicles. But Bonvillian cited ARPA-E’s support of radical new battery technology as a potential key to creating a true mass market for clean electric vehicles while keeping the lead in the United States:

“If the next big [energy technology wave] is electric vehicles, ARPA-E is arguably a critical breakthrough innovation institution for achieving the battery advances this requires (as well as to other energy breakthroughs). Other agencies and the private sector aren’t anywhere near as well positioned.”

The good news is that Trump faces fierce opposition to his efforts to disband successful organizations like EERE and ARPA-E. Two years ago, a group of prominent business leaders, including Bill Gates and General Electric CEO Jeffrey Immelt, recommended tripling ARPA-E’s budget. ARPA-E also received strong support in June from the conservative U.S. Chamber of Commerce.

Just a couple of months ago, it received the most critical endorsement of all — when Congress upped its budget for the 2017 fiscal year by $15 million. Let’s hope that legislators continue putting our money where the jobs are and keep supporting America’s urgently needed development of clean energy.