The pervasive violence in American society is driven by many factors, including easy access to firearms and Hollywood’s glorification of killing, but there are also institutional factors, as Lawrence Davidson explains.

There is a lot of violence in the United States, and if you look at the news it appears that things are getting worse. The nation is armed to the teeth, which means that any out-of-control angry person can vent in lethal fashion. Or, maybe they can choose to vent in the European style by using their car as a battering ram. 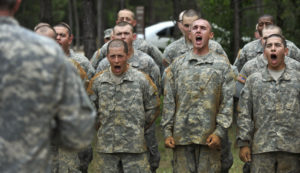 There is much head shaking about this nationwide violence and much wondering about its sources. The usual explanation assigns blame to the “bad apples.” That is, all these people acting out violently are somehow unstable. The fault lies with the individual, and this can be seen in their inability to contain their rage. If there is a broader influence it has to be some foreign agency (this used to be Communism but now is said to be Islam) urging them on through a subtle process of radicalization. This is thought to be one way good apples go bad.

But why limit blame to unstable personalities or shadowy alien forces? Our homebred culture acts as the context for a citizen’s behavior, suggesting to them what is allowable and what is not. In the U.S., with its almost nonexistent gun laws, its fundamentalist religious ideas, its rampant Islamophobia, its prevailing white-backlash politics, and its media entertainment industry heavily reliant on virtual violence, there is apparently some confusion as to what is and isn’t permissible.

Under these circumstances it is quite possible that at least some manifestations of our own culture have the potential of serving as contaminating agents for otherwise upright citizens. Contamination here means turning those citizens into violent agents – little ticking time bombs.

What aspects of U.S. culture could serve this corrupting function? Well there are those mentioned above plus the superheated patriotic environments of thousands of VFW lodges, defensive attitudes and behavior of police fraternal leagues, the motorcycle clubs where flying three-foot-long American flags from your fender is de rigueur, and last but not least the environment of your typical Trump rally.

However, these cultural centers of resentment and anger are only occasional producers of public violence. There are other very common culturally contaminating sources that actually supply consistent venues for bringing out the worst in many of us.

These are institutions that are hardly noticed by the public and yet are turning thousands of American citizens (mostly young men) into battered, harassed, and humiliated individuals, some of whom will then turn into batterers, harassers and humiliators themselves. Some of them will make this corrupting experience the basis for lifelong friendships. Some will see these activities as integral to their “glory days.”

Here are two examples, and ironically, both are part of institutions that purport to be a source of the nation’s highest values – educational institutions and military institutions

In the region of the United States where I live, one of the largest universities is called Penn State. “Penn” stands for Pennsylvania, and it is among this state’s oldest and most respected institutions. Like many other universities and colleges, though, Penn State is a home to a large number of fraternities. Fraternities are largely self-governing male clubs or associations that are supposed to provide camaraderie for their members. Originally, they were seen as organizations that “ennobled” their members and aided in their education.

Today, most fraternities are boys clubs that all too often operate as if the fraternal group is bound only by its own traditions rather than societal norms. Among those traditions are regularly drinking oneself into a stupor and emotionally and sometimes physically “hazing” those “pledging” the fraternity.

Pledging means going through the process prescribed for membership. At the core of this process is the systematic demeaning or embarrassing of the pledges for set period of time. The rationale behind this behavior is that “hazing” transforms the “pledge class” into a unified “band of brothers.” Overall the process weakens individuality and independent judgment.

Most members of fraternities range from 17 to 21 years of age. At this point I would remind the reader that the frontal cortex, that part of the brain that provides “executive function” or control for behavior, does not fully mature until one’s mid-twenties.

What are you likely to get when you put together an immature constituency and the sort of organizational traditions described above? Well, on Feb. 4 at the Penn State fraternity Beta Theta Pi, you got the wrongful death of a 19-year-old pledge.

Many men whose own youth have been tied to fraternities dismiss such an event as too rare to be significant. But is that so? Between the year 2000 and December 2014 there were 57 deaths due to hazing at U.S. colleges. This activity is prevalent enough, and dangerous enough, that presently 44 states have enacted some form of anti-hazing statutes.

Under the circumstances, Jason Brennan, professor of ethics and public policy at Georgetown University, is right when he observes that “as a matter of fact fraternities don’t educate and ennoble; they stultify and corrupt.” How so? They allow you to see cruelty as an important and functional part of a “normal” social process. They allow you the opportunity to decide if you like being cruel or not.

In what other major organization do you find hazing? The answer is in the U.S. military. It is used during basic training. According to a study appearing in the American Medical Association’s Journal of Ethics appearing March 2014, “there is a long history of sanctioned abuse of new recruits by their drill instructors during entry training.” Such behavior is particularly characteristic of the Army and the Marines. Officially, the military now regards this form of hazing as “cruel and unnecessary” and “inconsistent with its core institutional values.” However, this is probably more recruiting propaganda rather than a statement of real change. 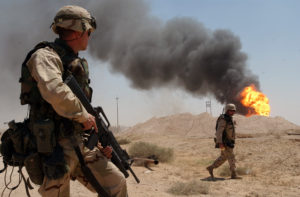 According to the military-associated website Task and Purpose, recruits are still subject to periodic “shark attacks,” which means being “harassed and harangued” and having instilled in them “the fear factor.” These are still the means by which “the whole discipline process” is created.

Traditionally, the military sees hazing as serving three purposes: (1) it weeds out those “unfit or unwilling to serve”; (2) it allegedly destroys the civilian “principles and norms” of the new recruits so that they can be replaced by those of the military organization; and (3) it allegedly builds “cohesion” among the recruits. Numbers 1 and 3 also apply to the hazing process of fraternities.

The rationale behind hazing is to destroy pre-existing “values and habits” through a process of abuse so that they can be replaced by new “values and habits.” For fraternities the new value structure is relatively benign, going little beyond a sense of “brotherhood” and “old boy’” camaraderie that is supposed to last well beyond one’s college years. It is an elitist message but not one that risks widespread cultural deterioration.

For the military the goal is not benign at all. It is no less than the destruction of the recruit’s individuality and habit of independent thinking. The desired restructured individual is one that takes orders unquestioningly and functions as part of a cadre rather than an individual. This is an undeniably anti-democratic process, the effectiveness of which contributes to the difficulty of many veterans to reintegrate back into civilian life. At the same time, “boot camp” seeks to raise the violence potential of the recruit.

We cannot overemphasize the fact that in both cases the institutionalized methodology for the development of an alleged new outlook among millions of citizens is harassment and abuse. No society that allows such processes to go on in some of its most important culture-shaping institutions can hope to remain mentally healthy.

In today’s America, there seems to be a deep-seated restlessness. With a nearly open access to all manner of weapons and a history of racial discrimination, labor exploitation, and external aggression, what passes for cultural normality is continuously punctuated by episodes of violence. When considering this, one must face up to the fact that it is to violence that millions of citizens are being acculturated in both college fraternities and military training. These experiences must be judged as contributing factors to a process of cultural deterioration.

52 comments for “Institutional Factors in US Violence”