A tiny article from Reuters in late May quoted the director of the U.S. Defense Intelligence Agency as telling a Senate hearing, “I have not seen real physical evidence of weapons or money being transferred.” Marine Lt. Gen. Vincent Stewart was addressing widespread claims by top Pentagon officials of Russian arms flowing to the Taliban in Afghanistan.

By conceding the reports have no real substance, Stewart quietly called the bluff of military hardliners who are invoking the Russian menace to justify prolonging and escalating the longest and second-most-costly war in U.S. history. Stories of Russian military shipments to Afghanistan began last December, with a typical headline from the Washington Post: “Russia begins supplying weapons to Afghanistan, sides with Taliban.”

Down in the body of the story, however, it emerged that Moscow had agreed to ship 10,000 assault rifles not to the Taliban but to the Afghan government’s police force in Kabul. A Russian Foreign Ministry official said, “Russia has been consistently pursuing the policy of providing comprehensive assistance to Afghanistan in the establishment of a peaceful, independent, stable and self-sufficient state, free from terrorism and drugs.” Russia previously supplied helicopters and pilot training to Afghan forces, under a contract with the U.S. Department of Defense, which continued thanks to a special U.S. waiver on economic sanctions.

Starting in March, coincident with urgent requests by the U.S. commander in Afghanistan for thousands more troops to stem the Taliban’s military advances, senior Pentagon officers began blaming Russia for setbacks on the battlefield.

“I think it is fair to assume they may be providing some sort of support to [the Taliban] in terms of weapons or other things that may be there,” General Joseph Votel, chief of U.S. Central Command, told members of Congress.

Defense Secretary James Mattis chimed in with claims, paraphrased by NPR correspondent Tom Bowman, that “the Russians are providing some support, including maybe weapons to the Taliban.” Noting that the details were “murky,” Bowman added, “the commander in Afghanistan, General John Nicholson, thinks this is a way for the Russians just to undermine the U.S. and NATO.”

Staying on message, a spokesman for the NATO coalition in Afghanistan told the Los Angeles Times days later, “We know that actions by Russia in Afghanistan are meant to undermine the work of the United States and NATO to support the Afghan government.” The reporters then stated as fact, “It . . . represents another effort by [Russian President Vladimir] Putin to exert power globally while weakening the U.S.”

In late April, a “senior U.S. military official,” speaking on background, asserted that the Russians had “increased their supply of equipment and small arms to the Taliban over the past 18 months.” He said “the Russians have been sending weapons, including medium and heavy machine guns, to the Taliban under the guise that the materiel would be used to fight the Islamic State in eastern Afghanistan.”

Secretary Mattis, quoted in the same article, said menacingly, “we’re going to have to confront Russia where what they’re doing is contrary to international law or denying the sovereignty of other countries.”

Russia, increasingly considered a “hostile power” by many Americans, won few converts by denying what it called “irresponsible accusations” based on “rumors and conjectures.” Its special envoy to Afghanistan branded the allegations of its arms transfers to the Taliban insurgents “absolute lies . . . aimed at justifying the failure of the U.S. military and politicians.”

But Russia’s credibility – even after months of strident and varied accusations from Western officials – could hardly have been lower than the Afghan sources quoted in U.S. news accounts to bolster the Pentagon’s claims. One notable example was the police chief of Uruzgan province, who spoke of Russian agents, “dressed in doctor’s uniforms,” infiltrating his region and “enticing people against the government, providing training and teaching how to assemble land mines.”

The rotten corruption of the Uruzgan provincial police has been attested to by no less than the commander of the Afghan army in that province. Police there abandoned the provincial capital last year, allowing Taliban forces to walk in unopposed — not because of Russian weapons but because senior officials had pocketed police pay for months at a time.

Similar claims against Russia came from the governor of Kunduz province, whose capital was overrun by Taliban forces last fall in what reporters described as a “seemingly easy re-entry” into the city after a similar Taliban incursion in 2015 was repelled by U.S. Special Forces. Other Afghan officials, and independent reporters, ascribed the Taliban’s easy victories to the local population’s grievances against the “mafia-like” elite who run the province.

Experts also blamed aid from Pakistan — not Russia — to the Taliban. Echoing their complaint, former U.S. Ambassador Zalmay Khalilzad said last year, “The issue of the U.S. inability to deal effectively with Pakistan, and the [Taliban] sanctuary problem in Pakistan, has been the mother of all problems for U.S.-Afghan relations and of Afghanistan to some degree since 9/11.”

Another big supplier of the Taliban is Saudi Arabia. An exposé by Carlotta Gall in the New York Times revealed that as a longtime ally of Pakistan, “Saudi Arabia has backed Islamabad’s promotion of the Taliban. Over the years, wealthy Saudi sheikhs and rich philanthropists have also stoked the war by privately financing the insurgents.”

How US Arms Taliban

Perhaps the biggest arms supplier of all to the Taliban is the U.S. taxpayer. The Taliban rake off hundreds of millions of dollars from extortion of U.S.-funded projects in the country. They also fill their armories with U.S.-made weapons. A Taliban commander told Bloomberg News that when he needs more weapons and fuel, he simply buys or steals them from his foe. “It’s simple and cheaper,” he said. 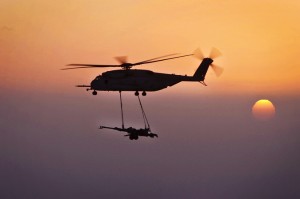 As journalist and book author Douglas Wissing observed recently, “U.S-enabled corruption lost the Afghan War. . . Corruption funds the enemy, with hundreds of millions of dollars skimmed from U.S. logistics and aid money. . . . Empowered and financed by this corruption, Taliban strength has grown at double-digit rates annually since 2005. Insurgents now control about 40 percent of the countryside, and are pressuring government centers across country, including increasingly besieged Kabul.”

In the past, Donald Trump was correct when he tweeted that the war in Afghanistan was a “total disaster” – although as President, he is reportedly considering a Pentagon plan to escalate the U.S. role, again.

Blaming the Russians for the war’s latest reversals may let our Afghan allies and our own military off the hook for losing this long war in slow motion, but it won’t change the outcome.

Jonathan Marshall is a regular contributor to ConsortiumNews.com.