Between Russia-gate and President Trump’s potential impeachment, Washington is blending the thrill of McCarthyism and the excitement of Watergate, as ex-U.S. intelligence officials Ray McGovern and William Binney explain.

By Ray McGovern and William Binney

Official Washington got to relive the excitement of Watergate in a “gotcha” moment after President Trump fired FBI Director James Comey. There were fond recollections of how righteous the major newspapers felt when condemning President Nixon over his “Saturday Night Massacre” firing of special prosecutor Archibald Cox.

But the overriding question from “this Russia thing, with Trump and Russia” — as President Trump calls it — is whether there is any there there. The President labeled it a “made-up story” and, by all appearances from what is known at this time, he is mostly correct.

A few days before Comey’s firing, the FBI Director reportedly had asked for still more resources to hunt the Russian bear for supposedly “interfering” with last year’s election to hurt Hillary Clinton and help Donald Trump. And so the firing allowed the Watergate-recalling news outlets to trot out the old trope that “the cover-up is worse than the crime.”

But can that argument bear close scrutiny, or is it the “phony narrative” that Senate Republican Whip John Cornyn of Texas claims it to be? Cornyn quipped that, if impeding the investigation was Trump’s aim, “This strikes me as a lousy way to do it. All it does is heighten the attention given to the issue.”

Truth is, President Trump had ample reason to be fed up with Comey, in part for his lack of enthusiasm toward investigating actual, provable crimes related to “Russia-gate” — like the flood of sensitive national security leaks, such as the highly sensitive intercepted communications used to precipitate the demise of Trump aide Michael Flynn.

The retired Army lieutenant general was “caught” talking with Russia’s ambassador last December, a normal undertaking for a person designated as the incoming National Security Adviser. But Obama administration holdovers twisted that into a supposed violation of the archaic 1799 Logan Act and then used a transcript of the phone call to trip up Flynn because he didn’t have perfect recollection of the conversation.

So, a trumped-up federal case was used to help get Flynn fired, but an apparent criminal act – the Flynn leak among many other leaks – was apparently ignored. We suspect that one reason for Comey’s disinterest was that he already knows who was responsible.

In contrast to Comey’s see-no-evil reaction to criminal leaking, the FBI Director evinced strong determination to chase after ties between Russia and the Trump campaign until the cows came home. The investigation (already underway for 10 months) had the decided advantage of casting doubt on the legitimacy of Trump’s presidency and putting the kibosh on his plans to forge a more workable relationship with Russia, a win-win for the Establishment, the Military-Industrial Complex, and the FBI/CIA/NSA “Deep State”; a lose-lose for the President – and arguably the American people and the world, both of whom might benefit from fewer big-power tensions and lower spending on an arms race.

What has been particularly noteworthy about this “scandal” is how much spooky music we’ve heard and how many sinister suspicions have been raised versus actual “evidence” of the core allegations. So far, it has been smoke and mirrors with no chargeable offenses and not a scintilla of convincing proof of Russian “meddling” in the election.

The oft-cited, but evidence-free, CIA/FBI/NSA report of Jan. 6 — crafted by selected senior analysts, according to then-Director of National Intelligence James Clapper — is of a piece with the “high-confidence,” but fraudulent, National Intelligence Estimate 15 years ago about weapons of mass destruction in Iraq. 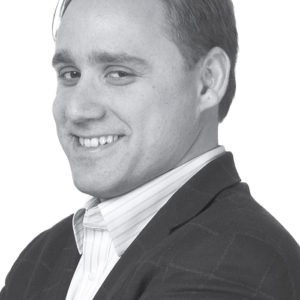 But what about the “Russian hacking,” the centerpiece of the accusations about Kremlin “interference” to help Trump? Surely, we know that happened. Or do we?

On March 31, 2017, WikiLeaks released original CIA documents — almost completely ignored by the mainstream media — showing that the agency had created a program allowing it to break into computers and servers and make it look like others did it by leaving telltale signs (like Cyrillic markings, for example). The capabilities shown in what WikiLeaks calls the “Vault 7” trove of CIA documents required the creation of hundreds of millions of lines of source code. At $25 per line of code, that amounts to about $2.5 billion for each 100 million code lines. But the Deep State has that kind of money and would probably consider the expenditure a good return on investment for “proving” the Russians hacked into Democratic Party emails.

In other words, it is altogether possible that the hacking attributed to Russia was actually one of several “active measures” undertaken by a cabal consisting of the CIA, FBI, NSA and Clapper — the same agencies responsible for the lame, evidence-free report of Jan. 6.

Comey displayed considerable discomfort on March 20, explaining to the House Intelligence Committee why the FBI did not insist on getting physical access to the Democratic National Committee’s computers in order to do its own proper forensics, but chose to rely on the examination done by the DNC’s private contractor, Crowdstrike. The firm itself has conflicts of interests in its links to the pro-NATO and anti-Russia think tank, the Atlantic Council, through Dmitri Alperovitch, who is an Atlantic Council senior fellow and the co-founder of Crowdstrike.

Given the stakes involved in the Russia-gate investigation – now including a possible impeachment battle over removing the President of the United States – wouldn’t it seem logical for the FBI to insist on its own forensics for this fundamental predicate of the case? Or could Comey’s hesitancy to demand access to the DNC’s computers be explained by a fear that FBI technicians not fully briefed on CIA/NSA/FBI Deep State programs might uncover a lot more than he wanted?

President Trump has entered into a high-stakes gamble in confronting the Deep State and its media allies over the accusations of his colluding with Russia. Senate Minority Leader Charles Schumer, a New York Democrat, publicly warned him of the risk earlier this year. “You take on the intelligence community, they have six ways from Sunday at getting back at you,” Schumer told MSNBC’s Rachel Maddow on Jan. 3.

If Mr. Trump continues to “take on” the Deep State, he will be fighting uphill, whether he’s in the right or not. It is far from certain he will prevail.

Ray McGovern (rrmcgovern@gmail.com) was a CIA analyst for 27 years; he briefed the president’s daily brief one-on-one to President Reagan’s most senior national security officials from 1981-85. William Binney (williambinney0802@comcast.net) worked for NSA for 36 years, retiring in 2001 as the technical director of world military and geopolitical analysis and reporting; he created many of the collection systems still used by NSA.

98 comments for “The Gaping Holes of Russia-gate”