Widespread concern inside Official Washington about President Trump’s unfitness for the job is fueling a campaign of high-level leaks that is taking on the look of a “soft coup,” says ex-CIA officer Philip Giraldi.

Back in my time in the CIA, there were two places in the headquarters building one could go that were free speech zones — places where it was safe to vent about senior management without necessarily being admonished or even reported. They were the Historical Intelligence Collection room off the library, where no one ever went to look at the books, and the office supplies storage room in the basement.

The supplies room had a lot of dark corners and concealing shelves where it was possible to be anonymous and it was completely unsupervised in the belief that true-blue CIA officers would never stoop to taking even a single pencil more than was actually needed to get the job done.

I don’t know if those rooms still exist, but I sometimes think of them when the subject of government conspiracies come up. I have this vision of two or three conspirators huddled in the corner behind the staplers back in 1975 discussing how one would go about eliminating the likes of Senator Frank Church, who at that time was heading a major congressional investigation into CIA improprieties.

If there had been such a gathering, I would imagine that the Washington Post would have found out about it on the next day as intelligence officers are gregarious and like to talk. This has been my principal problem with the debate in some quarters about the 9/11 Commission. Their report did indeed miss many important angles in order to protect certain governmental interests, but if there had been a genuine conspiracy involving what must have been hundreds of people to demolish the Twin Towers with explosives, it surely would have leaked long ago.

Two months ago, I would have dismissed as fantasy any thoughts of a conspiracy based in America’s national security agencies to bring down Donald Trump. But now I am not so sure. Many of my friends who are former intelligence officers are increasingly asking questions. It is worth pointing out that none of us are fans of what the White House has been doing and saying — quite the contrary.

Defense of the Constitution

Still, alerting the country to concerns over what might be a developing soft coup orchestrated by the intelligence and law-enforcement agencies to nullify the results of a national election in no way equates to trying to protect Donald Trump and his uncouth and ill-informed behavior. It is rather a defense of the Constitution. 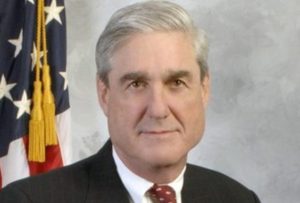 Donald Trump said on Wednesday that “This is the single greatest witch hunt of a politician in American history!” He might be right. He was referring to Deputy Attorney General Rob Rosenstein’s appointment of the highly-respected Robert Mueller as independent counsel to investigate “any links and/or coordination between Russian government and individuals associated with the campaign of President Donald Trump, and any matters that arose or may arise directly from the investigation.”

Trump’s bombast puts everyone but his most tone-deaf supporters on edge, but there are two points that he has been making repeatedly that are essential to any understanding of what is going on.

First, the investigation into Russia and the Trumpsters has been a high priority at FBI and also in Congress for nearly a year. Yet so far no one has produced evidence that anyone broke any law or even that someone did something wrong.

Second, and more importantly, the vilification of Trump and Russia has been driven by a series of leaks that come from the very top of the national security apparatus, leaks that appear not to have been seriously investigated.

This involvement of FBI and CIA in the campaign, whether inadvertently or by design, was particularly evident in the various reports that surfaced and were leaked to the press during the campaign and right up to the inauguration. The leaks of that type of information, to include technical intelligence and Special Access Program “codeword” material, require top-level access as well as the ability to arrange clandestine contacts with major players in the media, something far beyond the reach of most employees at CIA or the FBI.

Similar leaks have been appearing since that time. I confess to finding Monday’s detailed account of what President Trump discussed with Russian Ambassador Sergey Lavrov, which included corroborating material that likely did more damage than the information that was actually shared, highly suggestive of the possibility that something like a conspiracy is, in fact, functioning. 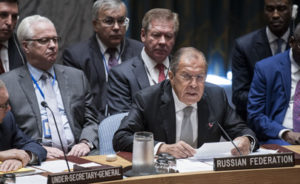 Given the really tight-security control of that transcript after it was determined that it contained sensitive information, one might reasonably assume that the leaks to the media came directly out of Donald Trump’s own National Security Council or from the highest levels of the office of the DNI, CIA, or FBI.

On Wednesday, the anonymous sources struck again, revealing that “Michael Flynn and other advisers to Donald Trump’s campaign were in contact with Russian officials and others with Kremlin ties in at least 18 calls and emails during the last seven months of the 2016 presidential race.” That sort of information had to come from the top level of the FBI and would have been accessible to only a few, but even though the leaks of what constitutes highly-classified information have been recurring for many months, no one has been fired or arrested.

The emphasis on Russia derives from the government and media consensus that Moscow was behind the hacking of Democratic National Committee (DNC) computers that led to the exposure of what the DNC was doing to destroy the candidacy of Bernie Sanders. There is also a related consensus that the Russian hacking was intended to damage American democracy and also to help the Trump campaign, a narrative that the President has described as a “made-up thing,” a view that I share. All of these assertions are regarded as unquestionably true as measured by inside-the-beltway groupthink, with even the White House now conceding that there was Russian interference in the election.

Sometimes the hysteria over Russia produces over-the-top stories in the mainstream media, including last week’s completely speculative piece wondering whether the entourage of Foreign Minister Sergey Lavrov had sought to sneak a recording device into the White House during his White House visit. It was the type of tale that might have been inspired by a leak from someone in the National Security Council who personally observed the context of the meeting and was able to provide corroborating details.

Nevertheless, in spite of the overwhelming groupthink, it has been repeated ad nauseam by people like myself that no actual evidence has been produced to support any of the claims being made about Russia and Trump. There is more evidence that the White House was penetrated by Ankara — through the good services of Michael Flynn — than by Moscow, but Congress has not called for an investigation into Turkey’s lobbying.

Ray McGovern, a former senior CIA analyst, is even speculating that the Agency might have been the actual hacker into the DNC, leaving a trail behind that would have suggested that it was done by the Russians. His concern arises from the recent WikiLeaks revelation that the CIA had developed cyber-warfare capabilities to do just that.

McGovern, like myself, is also asking why former CIA Director John Brennan has not been summoned by the Senate Committee looking into Russia-gate. Former Director of National Intelligence James Clapper has testified twice, while former FBI Director James Comey, current NSA Director Mike Rogers, and former Justice Department senior official Sally Yates have all appeared once. Brennan’s absence is conspicuous as he was the senior national security official most closely tied to the Obama Administration, may have had the tools at hand to fake the Russian connection, and has also been plausibly linked to “encouraging” British Intelligence to provide damaging information on Michael Flynn.

I now suspect that there is indeed a group at the top of the U.S. national security system that wants to remove Donald Trump and has wanted to do so for quite some time. If that is true, I believe that they have been operating with that goal in mind for at least the past year. It is not a traditional conspiracy or cabal in that it does not meet and conspire together, but I suspect the members know what they are doing in a general sense and are intervening whenever they can to keep Trump off balance.

Their program is simple: convince the nation that the President and his team colluded with the Russians to rig the 2016 election in his favor, which, if demonstrable even if not necessarily true, would provide grounds for impeachment. They are motivated by the belief that removing Trump must be done “for the good of the country” and they are willing to do what they consider correcting a mistake made by the American voters. They are assisted in their effort by the mainstream media, which agrees with both the methods employed and the overall objective and is completely on board with the process.

Saving the country from Trump is certainly an attractive notion. I suspect the Comeys, Clappers, and Brennans, together with a host of former senior officers who appear regularly on television, if they were involved, see themselves as great patriots. But they must understand that the blunt instrument they are using is far more dangerous than the current occupant of the White House.

A soft coup engineered by the national security and intelligence agencies would be far more threatening to our democracy than anything Donald Trump or even the Russians can do.

Philip Giraldi, a former CIA officer, is executive director of the Council for the National Interest. [This article is re-posted with the author’s permission. It first appeared at The American Conservative at http://www.theamericanconservative.com/articles/do-high-level-leaks-suggest-a-conspiracy/ ]

74 comments for “Do High-Level Leaks Suggest a Conspiracy?”