Exclusive: Amid the frenzy over the Trump team’s talks with Russians, are we missing a darker story, how the Deep State’s surveillance powers control the nation’s leaders, ask U.S. intelligence veterans Ray McGovern and Bill Binney.

By Ray McGovern and Bill Binney

Although many details are still hazy because of secrecy – and further befogged by politics – it appears House Intelligence Committee Chairman Devin Nunes was informed last week about invasive electronic surveillance of senior U.S. government officials and, in turn, passed that information onto President Trump. 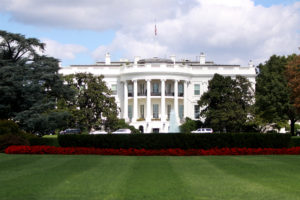 This news presents Trump with an unwelcome but unavoidable choice: confront those who have kept him in the dark about such rogue activities or live fearfully in their shadow. (The latter was the path chosen by President Obama. Will Trump choose the road less traveled?)

What President Trump decides will largely determine the freedom of action he enjoys as president on many key security and other issues. But even more so, his choice may decide whether there is a future for this constitutional republic. Either he can acquiesce to or fight against a Deep State of intelligence officials who have a myriad of ways to spy on politicians (and other citizens) and thus amass derogatory material that can be easily transformed into blackmail.

This crisis (yes, “crisis” is an overused word, but in this highly unusual set of circumstances we believe it is appropriate) came to light mostly by accident after President Trump tweeted on March 4 that his team in New York City’s Trump Towers had been “wiretapped” by President Obama.

Trump reportedly was relying on media reports regarding how conversations of aides, including his ill-starred National Security Advisor Michael Flynn, had been intercepted. Trump’s tweet led to a fresh offensive by Democrats and the mainstream press to disparage Trump’s “ridiculous” claims.

However, this concern about the dragnets that U.S. intelligence (or its foreign partners) can deploy to pick up communications by Trump’s advisers and then “unmask” the names before leaking them to the news media was also highlighted at the Nunes-led House Intelligence Committee hearing on March 20, where Nunes appealed for anyone who had related knowledge to come forward with it.

That apparently happened on the evening of March 21 when Nunes received a call while riding with a staffer. After the call, Nunes switched to another car and went to a secure room at the Old Executive Office Building, next to the White House, where he was shown highly classified information apparently about how the intelligence community picked up communications by Trump’s aides.

The next day, Nunes went to the White House to brief President Trump, who later said he felt “somewhat vindicated” by what Nunes had told him.

But the corporate U.S. news media continued to heckle Trump over his use of the word “wiretap” and cite the insistence of FBI Director James Comey and other intelligence officials that President Obama had not issued a wiretap order aimed at Trump.

As those paying rudimentary attention to modern methods of surveillance know, “wiretapping” is passé. But Trump’s use of the word allowed FBI and Department of Justice officials and their counterparts at the National Security Agency to swear on a stack of bibles that the FBI, DOJ, and NSA have been unable to uncover any evidence within their particular institutions of such “wiretapping.”

At the House Intelligence Committee hearing on March 20, FBI Director Comey and NSA Director Michael Rogers firmly denied that their agencies had wiretapped Trump Towers on the orders of President Obama.

So, were Trump and his associates “wiretapped?” Of course not. Wiretapping went out of vogue decades ago, having been rendered obsolete by leaps in surveillance technology.

The real question is: Were Trump and his associates surveilled? Wake up, America. Was no one paying attention to the disclosures from NSA whistleblower Edward Snowden in 2013 when he exposed Director of National Intelligence James Clapper as a liar for denying that the NSA engaged in bulk collection of communications inside the United States.

The reality is that EVERYONE, including the President, is surveilled. The technology enabling bulk collection would have made the late demented FBI Director J. Edgar Hoover’s mouth water.

Allegations about the intelligence community’s abuse of its powers also did not begin with Snowden. For instance, several years earlier, former NSA worker and whistleblower Russell Tice warned about these “special access programs,” citing first-hand knowledge, but his claims were brushed aside as coming from a disgruntled employee with psychological problems. His disclosures were soon forgotten.

However, earlier this year, there was a stark reminder of how much fear these surveillance capacities have struck in the hearts of senior U.S. government officials. Senate Minority Leader Chuck Schumer of New York told MSNBC’s Rachel Maddow that President Trump was “being really dumb” to take on the intelligence community, since “They have six ways from Sunday at getting back at you.”

Maddow shied away from asking the logical follow-up: “Senator Schumer, are you actually saying that Trump should be afraid of the CIA?” Perhaps she didn’t want to venture down a path that would raise more troubling questions about the surveillance of the Trump team than on their alleged contacts with the Russians.

Similarly, the U.S. corporate media is now focused on Nunes’s alleged failure to follow protocol by not sharing his information first with Rep. Adam Schiff, the ranking Democrat on the House Intelligence Committee. Democrats promptly demanded that Nunes recuse himself from the Russia investigation.

On Tuesday morning, reporters for CNN and other news outlets peppered Nunes with similar demands as he walked down a corridor on Capitol Hill, prompting him to suggest that they should be more concerned about what he had learned than the procedures followed.

That’s probably true because to quote Jack Nicholson’s character in “A Few Good Men” in a slightly different context, the mainstream media “cannot handle the truth” – even if it’s a no-brainer.

At his evening meeting on March 21 at the Old Executive Office Building, Nunes was likely informed that all telephones, emails, etc. – including his own and Trump’s – are being monitored by what the Soviets used to call “the organs of state security.”

By sharing that information with Trump the next day – rather than consulting with Schiff – Nunes may have sought to avoid the risk that Schiff or someone else would come up with a bureaucratic reason to keep the President in the dark.

A savvy politician, Nunes knew there would be high political cost in doing what he did. Inevitably, he would be called partisan; there would be more appeals to remove him from chairing the committee; and the character assassination of him already well under way – in The Washington Post, for example – might move him to the top of the unpopularity chart, displacing even bête noire Russian President Vladimir Putin.

But this episode was not the first time Nunes has shown some spine in the face of what the Establishment wants ignored. In a move setting this congressman apart from all his colleagues, Nunes had the courage to host an award ceremony for one of his constituents, retired sailor and member of the USS Liberty crew, Terry Halbardier. 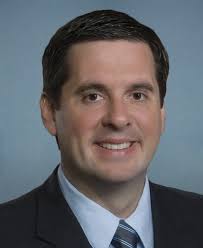 On June 8, 1967, by repairing an antennae and thus enabling the USS Liberty to issue an SOS, Halbardier prevented Israeli aircraft and torpedo boats from sinking that Navy intelligence ship and ensuring that there would be no survivors to describe how the Israeli “allies” had strafed and bombed the ship. Still, 34 American seamen died and 171 were wounded.

At the time of the award ceremony in 2009, Nunes said, “The government has kept this quiet I think for too long, and I felt as my constituent, he [Halbardier] needed to get recognized for the services he made to his country.” (Ray McGovern took part in the ceremony in Nunes’s Visalia, California office.)

Now, we suspect that much more may be learned about the special compartmented surveillance program targeted against top U.S. national leaders if Rep. Nunes doesn’t back down and if Trump doesn’t choose the road most traveled – acquiescence to America’s Deep State actors.

Ray McGovern served as a CIA analyst for 27 years and conducted one-on-one briefings of the President’s Daily Brief under Ronald Reagan from 1981 to 1985.

102 comments for “The Surveillance State Behind Russia-gate”