Exclusive: The West’s “humanitarian interventionists” howl over bloody conflicts when an adversary can be blamed but go silent when an ally is doing the killing, such as Saudi Arabia in Yemen, reports Jonathan Marshall.

Only a few months ago, interventionists were demanding a militant response by Washington to what George Soros branded “a humanitarian catastrophe of historic proportions” — the killing of “hundreds of people” by Russian and Syrian government bombing of rebel-held neighborhoods in the city of Aleppo. 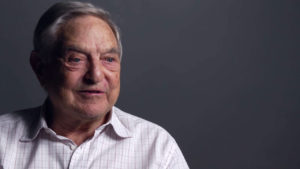 Leon Wieseltier, a senior fellow at the Brookings Institution and former New Republic editor, was denouncing the Obama administration as “a bystander to the greatest atrocity of our time,” asserting that its failure to “act against evil in Aleppo” was like tolerating “the evil in Auschwitz.”

How strange, then, that so many of the same “humanitarian” voices have been so quiet of late about the continued killing of many more innocent people in Yemen, where tens of thousands of civilians have died and 12 million people face famine. More than a thousand children die each week from preventable diseases related to malnutrition and systematic attacks on the country’s food infrastructure by a Saudi-led military coalition, which aims to impose a regime friendly to Riyadh over the whole country.

Official acquiescence — or worse — from Washington and other major capitals is encouraging the relentless killing of Yemen’s civilians by warplanes from Saudi Arabia and its allies. Last week, their bombs struck a funeral gathering north of Sanaa, Yemen’s capital, killing nine women and a child and injuring several dozen more people.

A day earlier, officials reported a deadly “double-tap” airstrike, first targeting women at a funeral in Sanaa, then aimed at medical responders who rushed in to save the wounded. A United Nations panel of experts condemned a similar double-tap attack by Saudi coalition forces in October, which killed or wounded hundreds of civilians, as a violation of international law.

The Tragedy of Mokha

On Feb. 12, an air strike on the Red Sea port city of Mokha killed all six members of a family headed by the director of a maternal and childhood center. Coalition ground forces had launched an attack on Mokha two weeks earlier.

Xinhua news agency reported, “the battles have since intensified and trapped thousands of civilian residents in the city, as well as hampered the humanitarian operation to import vital food and fuel supplies . . . The Geneva-based UN human rights office said that it received extremely worrying reports suggesting civilians and civilian objects have been targeted over the past two weeks in the southwestern port city . . . Reports received by UN also show that more than 200 houses have been either partially damaged or completely destroyed by air strikes in the past two weeks.”

The U.N.’s humanitarian coordinator further reported that “scores of civilians” had been killed or wounded by the bombing and shelling of Mokha, and that residents were stranded without water or other basic life-supporting services.

That could be Aleppo, minus only the tear-jerking photos of dead and wounded children on American television. However, unlike Syria, Yemen’s rebels don’t have well-financed public relations offices in Western capitals. They pay no lip service to the United States, democracy, or international human rights. Their foe Saudi Arabia is a friend of Washington, not a long-time adversary. In consequence, few American pundits summon any moral outrage at the Saudi-led coalition, despite findings by a United National Panel of Experts that many of its airstrikes violate international law and, in some cases, represent “war crimes.”

The United States hasn’t simply turned a blind eye to such crimes; it has aided them by selling Saudi Arabia the warplanes it flies and the munitions it drops on Yemeni civilians. It has also siphoned 54 million pounds of jet fuel from U.S. tanker planes to refuel coalition aircraft on bombing runs. The pace of U.S. refueling operations has reportedly increased sharply in the last year.

The Obama administration initially supported the Saudi coalition in order to buy Riyadh’s reluctant support for the Iran nuclear deal. Over time, Saudi Arabia joined with anti-Iran hawks to portray Yemen’s rebels as pawns of Tehran to justify continued support for the war. Most experts — including U.S. intelligence officials — insist to the contrary that the rebels are a genuinely indigenous force that enjoys limited Iranian support at best.

As I have documented previously, all of the fighting in Yemen has damaged U.S. interests by creating anarchy conducive to the growth of Al Qaeda extremists. They have planned or inspired major acts of terrorism against the West, including an attempt to blow up a U.S. passenger plane in 2009 and a deadly attack on the Parisian newspaper Charlie Hebdo in January 2015. The Saudis tolerate them as Sunni allies against the rebels, in the name of curbing Iran.

Though the Obama administration is gone, the Trump administration is flush with ideologues who are eager to take a stand against Tehran through Yemen and look tough on “terrorism.” Within days of taking office, President Trump approved a commando raid targeting an alleged Al Qaeda compound in central Yemen that went awry, killing an estimated 10 women and children. The administration has also diverted a U.S. destroyer to patrol Yemen’s coast.

Secretary of State Rex Tillerson, to his credit, has cited “the urgent need for the unfettered delivery of humanitarian assistance throughout Yemen,” according to a department spokesman. But no amount of humanitarian aid will save Yemen’s tormented people from the bombs made in America and dropped from U.S.-made warplanes, with little protest from Washington’s so-called “humanitarian interventionists.”

Jonathan Marshall is author of many recent articles on arms issues, including “Obama’s Unkept Promise on Nuclear War,” “How World War III Could Start,” “NATO’s Provocative Anti-Russian Moves,” “Escalations in a New Cold War,” and “Ticking Closer to Midnight.”

47 comments for “The West’s Moral Hypocrisy on Yemen”