The U.S. government lectures other countries about “democracy” – and  finances internal opposition in the name of “democracy promotion” – but its own behavior falls far short of democratic norms, says ex-CIA analyst Paul R. Pillar.

The health, or sickness, of democracy in foreign countries has long been a matter of concern in the United States, notwithstanding disagreements regarding exactly what the United States can, or should, do to promote democracy abroad. Consider the case of the following country — for now, let us call it Slobbovia — as outsiders would view it and as it might be the subject of something equivalent to a State Department dispatch or a report from a nongovernmental organization concerned with democracy.

Elements with the most power routinely show less regard for democratic procedures than for solidification of their own party’s power. Ultimate motivations for such behavior may include retention of power for its own sake and the advancement of minority economic interests that would be unable to prevail under majority rule.

The ruling party — the party that as of later this month will be in full control of both the executive and legislative branches of the national government — aggressively uses non-democratic means to preserve and expand its position. Among these has been enactment at the state level — where the ruling party also controls most of the legislatures — of laws designed to impede voting by citizens deemed more likely to vote for the opposition, by imposing requirements difficult for many of those citizens to meet. The rationale for such laws has been to counter voting fraud, even though such fraud has been so rare as to be almost nonexistent.

The voter suppression laws have effectively disenfranchised what is probably a substantial, although admittedly impossible to quantify, portion of the electorate. The rationale — echoed by the incoming president, who has made accusations, without support, of widespread voting fraud — also has undermined confidence in Slobbovian democracy.

Both the ruling party and the principal opposition party extensively manipulate the boundaries of legislative districts to benefit their own party and to entrench incumbents, but this practice has disproportionately benefited the ruling party because of its control over most state legislatures, where the manipulative line-drawing occurs. 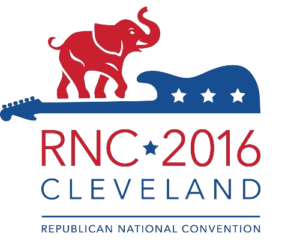 Because members of state legislatures can draw their own district boundaries, this districting technique is another way for a minority to continue in power even after it has lost whatever majority support it once had. At the national level, the manipulation of district lines has enabled the ruling party to retain a majority of seats in the lower house of the legislature even when it has won fewer votes than the opposition party did.

The ruling party also benefits from an archaic feature of Slobbovian presidential elections — a holdover from a system devised partly to propitiate slave-holding interests — in which the candidate winning the most votes does not necessarily get the presidency. This has happened twice in the last five presidential elections. The oddity was especially marked in the most recent election, in which the presidency is being given to a candidate who finished a full two percentage points behind the opposition party’s candidate.

When the opposition party has managed despite these handicaps to make inroads — as it did in winning the two previous presidential elections — the dominant party has used its position in the national legislature to flout the majority will and to impede the ability of the other party to govern. Its techniques have included a form of extortion in which, lacking the votes to enact its policies through normal democratic means, it threatens to shut down the government altogether or to destroy Slobbovia’s credit rating through a debt default if it does not get its way.

The party’s leader in the upper house of the national legislature openly declared his intention, as his highest priority, to make the president a failure. He and his party acted consistently with that declaration. This approach included automatic and total opposition to what was the principal domestic policy initiative of the day, even though this meant the party did not have any alternative to offer once it regained full control of the policymaking branches of government.

The ruling party has placed heavy emphasis on controlling as well the judiciary, which is significant in that Slobbovia’s highest court has become in effect another policymaking branch of government, with justices in ideological camps that clearly correspond to the preferences of the two major political parties.

The death a year ago of one justice threatened a loss of the dominant party’s hold on the court. The party’s members in the upper house of the legislature — which the constitution says must provide advice and consent regarding presidential appointments to the court — disregarded that constitutional provision and refused to consider the incumbent president’s nominee, even though it meant the vacancy would last at least a year and the nominee in question was a moderate.

The sympathy of a majority of the court toward the dominant party’s ideology has played a major role in increasing the part of money in Slobbovian politics, especially by striking down legislation intended to regulate money’s role in election campaigns. Slobbovia is no kleptocracy, and for the most part the role of money in politics does not take the form of what is undeniably corruption, as it does in many other countries.

It is worthy of note, however, that the first attempted action by the ruling party’s members in the lower house of the newly convened national legislature was to disable an office with the mission of investigating corruption among members. The action was scuttled after it provoked outrage. (The incoming president criticized the timing, but not the substance, of the attempted disabling of the office.)

The increasing role of money is instead more a matter of deference to minority moneyed interests, based on disproportionate access of those interests to the corridors of power, at the expense of majority interests as would be expressed through democratic means. This trend involves the flouting of previous custom and in some respects the flouting of law.

The incoming president, contrary to the practice of his predecessors, refuses to disclose fully his financial interests and specifically his tax returns. He is a businessman with worldwide interests that he is not divesting, making it almost inevitable that during his administration there will be violations of a provision in the Slobbovian constitution that prohibits U.S. officials from receiving private gain from foreign governments. The intermingling of public business with private business interests also involves members of the President’s family who evidently are going to have hands in both, notwithstanding Slobbovian law that is supposed to restrict nepotism. Some observers have even seen similarities to family rule in North Korea.

Some senior appointees of the incoming president who also have extensive private interests that could conflict with the public interest appear likely to be confirmed in their appointments even though they have failed to complete ethics-related submissions that are supposed to be required for confirmation. The financial donations that some wealthy nominees have made to the same members of the upper house who will be voting on their nominations may have something to do with this outcome.

Also of concern regarding the intermingling of private and public interests are informal advisers who have extensive financial interests that would be affected by policy decisions and whose grey-area status keeps them outside even the ostensible legal restrictions that apply to formally appointed officials.

An overall assessment of the state of democracy in Slobbovia must begin with the observation that this is a nation with a long history and strong tradition of representative democracy. But this tradition is visibly and seriously eroding. The trend is unfavorable. 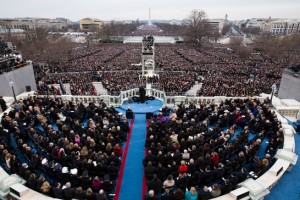 The defects in Slobbovian democracy are growing and becoming more obvious. This country is increasingly a place where minority interests can, and do, use nondemocratic means to prevail over the will and interests of a majority. As both a cause and effect of this pattern, the aspects of political culture that, at least as much as constitutional and legal provisions, are critical to the sustaining of a liberal representative democracy have been weakening. The most important aspect of such culture is widespread acceptance that observing and nourishing democratic norms themselves are more important than any one policy outcome or the fortunes of any one political party. Too often this is not the set of priorities one observes.

Realizing that this particular Slobbovia is actually the United States, one can get a sense of how non-Americans are viewing American democracy. This in turn can have implications for democracy in the observers’ own lands. Right now there is uncertainty about what effect the direct actions of the incoming Trump administration will have on democracy abroad.

Anne Applebaum expresses a pessimistic view that Trump, far from promoting any expansion of democracy, may undermine hitherto well-established democracies in Europe by making common cause with racist and anti-immigration elements in hard-right nationalist movements.

Democracy scholar Thomas Carothers believes, somewhat more optimistically, that “as Trump and his team move to actual policymaking,” their support for democracy and human rights abroad “will prove less consistently negative than their initial signals might indicate.”

Carothers correctly identifies, however, the biggest negative of all: “Various problematic features of U.S. political life in recent years — the institutional gridlock, the ever-rising role of money in politics, and the frequent skirmishing over basic electoral rules and procedures — have already tarnished the United States’ image abroad.

But the recent U.S. presidential election process damaged this image much more widely and deeply. Although this damage had many sources, numerous actions that Trump took during the campaign and since the election — from his vows to prosecute his main opponent to his baseless postelection assertions of massive electoral fraud — figure significantly in the dispiriting diminishment of America’s global political brand.”

For anyone interested in expanding democracy abroad, this is a reason for deep pessimism. America is more likely to be successful in encouraging such expansion by setting an example than by direct manipulation or intervention. Because stable democracy requires those critical elements of political culture — including genuine and willing commitment to democratic procedures themselves — it must arise in large part inwardly, even if inspired by a salient example such as the United States, rather than being imposed from the outside.

For all Americans, the biggest reason to be bothered by the trends in American democracy is that it is their own country. That is a reason to be pessimistic even if not giving a hoot about the expansion of democracy abroad.

That is also one of the biggest problems to think about in connection with the alleged Russian interference in the U.S. election. Primary among the likely Russian motives, as suggested in the official government report on the Russian initiative, was “to undermine public faith in the U.S. democratic process.” Sure, what the Russians allegedly did is worthy of condemnation, but Americans ought to be most disturbed by the fact that there already were enough reasons to shake such faith that the Russians would have known they had a vulnerable target. The recent election, with or without Russian interference, provided still more reasons.

← Pulling a J. Edgar Hoover on Trump
Who’s the Real Manipulator of Elections? →

15 comments for “America in Need of ‘Democracy Promotion’”