There was something both sad and disturbing about popular American reactions to the death of Fidel Castro on Nov. 25. According to The New York Times, news of his death caused much of the Cuban American population of south Florida to “fill Miami’s streets with song.” Those were songs of “rejoicing” rather than dirges. We will examine why these celebrations occurred later in this analysis. However, first we want to give Señor Castro his due. 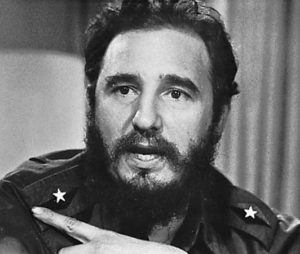 Fidel Castro was the man who led the successful effort to overthrow the brutal and reactionary dictatorship of Fulgencio Batista – a dictatorship that had the backing of the U.S. government. The Castro-led victory of 1959 began a long period of transformation for Cuba, raising the country from a starkly poor Third World condition to a modernizing socialist state. Here are some of that country’s achievements under Castro’s leadership:

— The expansion of nationwide public education, which uplifted the Cuban population from being largely illiterate to being mostly literate.

— The introduction and development of a modern and accessible public health care system, which all but eliminated death from curable diseases and greatly reduced the infant mortality rate.

— The expansion of services, such as the electric grid, sewage systems, and a reliable water supply, into the countryside.

— The establishment of programs of sustainable development as the nation’s economy diversified according to environmentally safe guidelines. This did involve redistribution of large landed estates to over a quarter million peasants.

— A significant reduction of both racism and sexism through education and new laws.

— A considerable reduction of economic disparities.

There was, of course, a price to be paid for these advances. All of this and more was made possible by instituting a socialist economy and a one-party government. This alienated much of the country’s upper and middle classes. Resistance brought varying degrees of repression. Over time many of those whose economic lifestyles were compromised learned to resent and indeed hate Castro. Tens of thousands of them fled to the United States.

If the socialist road was, predictably, going to divide Cuba in such a drastic way, why did Castro decide to go this route? It was not, as popularly believed, because he came to power a convinced communist. His move to the left was in direct reaction to the policies adopted by the U.S. government.

In April 1959, at the invitation of the American Association of Newspaper Editors, Castro paid a visit to the United States. The trip provided an opportunity for consultations with the U.S. government, although U.S. officials only begrudgingly met with Castro. There was a lot of annoyance at his early, if short-lived, declaration of neutrality when it came to the Cold War. President Dwight Eisenhower showed his displeasure with Castro by opting for a game of golf. But Castro did manage to get a three-hour audience with Vice President Richard Nixon. 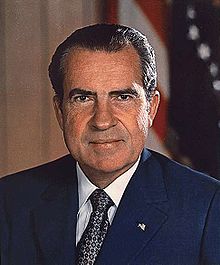 It seems that the meeting did not go very well. Castro refused to promise swift new elections in Cuba. He was convinced that the nation’s priorities were economic and not political. And although Castro protested that he was not a communist, Nixon was suspicious. After the meeting he concluded that Castro was “either incredibly naive about communism or under communist discipline – my guess is the former.”

Subsequently, the U.S. government refused any economic assistance to the new Cuban regime. Worse yet, a decision was made to institute “punishment politics.” In March 1960, President Eisenhower set up funding for the overthrow of Castro. A year later the Kennedy administration carried out the unsuccessful Bay of Pigs invasion. It was against this background that Castro and his advisers quickly turned to the Soviet Union for the economic and military assistance necessary for their survival.

Do those who jumped for joy in Little Havana on Nov. 25 understand this history? Most of them are the descendants of individuals who rejected Castro’s socialist ideals. Their own loyalties were not to Cuban society as a whole, but rather to family and/or a restricted economic community that was being forced to sacrifice for the greater good. Yet, for many Cubans of means, the notion of the greater good proved too threatening to be identified with their local interests.

Thus, the rejoicers’ immediate ancestors fled to the U.S. with their portable wealth and formed the political lobby (based, by the way, on the strategy and tactics of the Zionist lobby) that kept the U.S. government scheming against Cuba for over 50 years. Is it any wonder that their children should have a biased view of history? 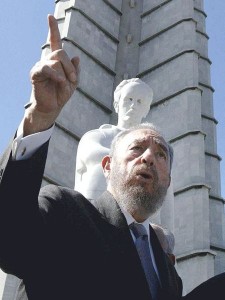 The Cuban Americans are not the only ones to express a one-sided view of things. Members of the American conservative elite also rejoiced at Castro’s death. Here a representative voice is that of George Will, a political commentator whose columns appear in The Washington Post and other newspapers.

Will’s column on Castro’s death appeared on Nov. 28 under the title “Cuba a Tomb of Utopianism.” It is a historically incorrect judgment by virtue of the fact that Cuba’s achievements under Castro’s leadership, some of which are listed above, are not utopian at all, but rather quite real. But Will cannot see this any more than the celebrants of Little Havana. For him Castro is nothing more than a “charismatic totalitarian” whose life was “nasty” and whose “regime was saturated with sadism.” He goes on to compare Castro to Joseph Stalin and Benito Mussolini.

What is his evidence for these morbid exaggerations? Well, the Cuban government imprisoned some of its opponents, though they allowed many more of them to emigrate out of the country. Between 500 and 700 of Batista’s henchmen were tried and executed. Over time the regime manifested increasing authoritarian tendencies largely due to relentless U.S. efforts to destroy the country’s economy and overthrow its government.

In other words, the United States created an ongoing wartime situation for Havana. Under such circumstances the historically usual reaction is for a government – any government – to become more controlling. George Will takes no notice of this.

The Cuban American rejoicing at Castro’s death, and George Will’s misreading it as the a sign of a “dead utopianism,” are both disturbing manifestations of historical narrow-mindedness.

In the case of the celebrants, this attitude is no doubt connected to pent-up anger over the fact that something had been taken from them, or from their relatives, as part of an effort to remake a society that, prior to 1959, had only enriched the wealthy and impoverished the poor.

George Will’s attitude is a function of his conservative worldview. He gives no credit at all to the economic and social achievements of Fidel Castro because he can’t get past his ideologically driven interpretation of the political steps taken to realize them.

And neither of the above will admit to the truth that the Cuba policy of the United States over more than 50 years contributed strongly to the road Castro took.

21 comments for “Extracting Castro from the Demonization”