The mainstream U.S. media is faulting Donald Trump for a turbulent start to the presidential transition, but part of the chaos is baked into the process and its excessively large job turnover, says ex-CIA analyst Paul R. Pillar.

Disarray in the Trump transition apparatus has been a major news story, so much so that one of the President-elect’s recent Twitter offensives has been to assert that there isn’t any disarray and to castigate the New York Times for covering the disarray.

Amid all the transition horse race coverage of who’s in and who’s out and which appointment will be even more controversial than other appointments, almost no one is taking this episode as another reminder of how needless is much of this confusion and turmoil. 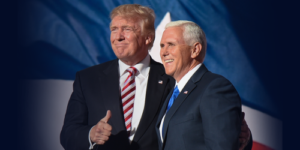 The United States is alone among advanced representative democracies in subjecting itself to disruption in which thousands of government officials are replaced every time the electorate changes the political leadership.  Far more common among sister democracies is changing of government that entails replacement of a slate of ministers and a small number of assistants and staff, with a permanent professional service underneath them charged with carrying out whatever policies are identified with the leaders whom the voters have elected.

Granted, most of the positions that have been the focus so far of the transition in the United States are cabinet-level posts that would be changing as well in those other democracies. But there are thousands more jobs to go; the turmoil is just beginning.

The confusion is worse this year because so many of the President-elect’s presumed policies are themselves confused extrapolations from fragmentary and often contradictory comments he made during the campaign, with no prior public service on his part from which to draw conclusions. Moreover, because of the experience-free, blank-slate quality of so much of what passes for a Trump program, more is riding this year than most years on who wins the contests for plum jobs. But the disadvantages of the whole disruptive process are not unique to this transition or to Trump.

One of the biggest disadvantages is the sheer disruption itself, with all the resulting interruptions to governmental programs and foreign relations. Newcomers are still learning the location of rest rooms and the phone numbers of essential contacts elsewhere in the government as continuing business must be transacted. It also has become routine with each transition for many senior positions to remain vacant for months after the inauguration. 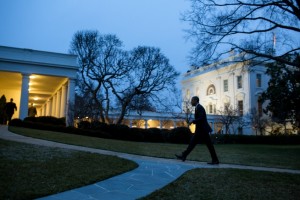 The quadrennial purge of upper levels of the U.S. Government may be consistent with the habit of thinking of U.S. policy in terms of discrete administrations, but it is inconsistent with the larger reality that — notwithstanding the understandable focus on where political parties and candidates differ — most of the important business and important interests of the United States continue across administrations.

This certainly is true of the vast majority of issues in foreign relations. Here the Trump transition has made transition confusion among overseas partners even worse by eschewing the usual procedure of coordinating a President-elect’s contacts with foreign leaders through the State Department’s operations center. The politically sensitive matter of who gets a phone call before whom has been thrown to the wind and the ordering determined by such things as whether [Australian] pro golfer Greg Norman had Trump’s phone number to give to his prime minister.

Not least important: experience, expertise, and the knowledge that comes from continuous work on a problem matter a lot in the sound administration of policy. That is what one gets from a professional civil service and does not get from most newbie political appointments.

Pre-election political support appears so far to be at least as important a criterion in Trump’s appointments as it is with other incoming administrations. It is not what makes for carefully crafted and skillfully executed policy.

The usual rationale for making political appointments in the thousands is that this helps assure that the elected president’s policies will be fully implemented and is thus consistent with the democratic principle of policy reflecting the will of the voters who elected that president.

In fact, the filling of those jobs often has nothing to do with the will of the people, results in policies that may even be contrary to that will, and puts into office people more inclined to pursue their own agendas rather than any agenda associated with the president or any platform on which he or she ran.

In most transition years, probably the single factor that most influences which of the ambitious and willful people aspiring to senior executive branch jobs will get the jobs is which of those people, early in the primary stage of the election campaign, made better political predictions than other people and hitched their wagons to what turned out to be the winning horse.

Amid the disarray of this year, we have the added spectacle of senior appointments depending on such things as internal squabbling over who runs the transition, which in turn depends on such things as the President-elect’s son-in-law getting revenge on the previous transition head because he had prosecuted the son-in-law’s father for tax evasion and other crimes. None of this has much of anything to do with democracy.

The periodic purging of the senior governmental ranks is one of several ways in which, although exceptionalist-minded Americans may be reluctant to admit it, American democracy lags behind democracy elsewhere.

This year’s election gives multiple reasons to long for a British-style parliamentary system. One reason is that those cabinet-level appointments that are the focus in the United States of ructious transition team politics and out-of-right-field possibilities such as a John Bolton or Rudolph Giuliani would instead mostly go to members of the winning party who had been front-bench shadow ministers, had themselves been elected by the people, and had acquired and demonstrated some expertise with clusters of issues as exhibited in parliamentary debate.

The British system also makes for far clearer and better understanding of who is responsible for policy and who should be held accountable for failures or rewarded for successes. Notwithstanding the advantages of checks and balances in the U.S. system, it does not provide democratic accountability when the electorate is ignorant, as it was with great effect this year.

For example, a poll taken two years ago by the Annenberg Public Policy Center showed that only 38 percent of respondents knew that Republicans controlled the House of Representatives. Couple that lack of knowledge among the electorate with a Congressional Republican playbook that, as Norman Ornstein of the American Enterprise Institute describes it, consisted of, “Vote in unison against everything, filibuster everything, even those things you like, to obstruct action and make it look ugly, allow damage to the country in the short term to reap political rewards in the next election.”

A result is what we saw this year: a large part of the electorate understandably frustrated with a dysfunctional government’s failure to provide better for the general welfare, but with poorly informed aim regarding where they should direct their ire.

Moving to a parliamentary system would entail a huge constitutional change, and that is not going to happen. But there is nothing in the Constitution that requires the confused and disruptive quadrennial purging of the Executive Branch.

We can’t blame the Founding Fathers for that one. The main reason that flaw in American democracy probably won’t get fixed is the reluctance of any candidate to forgo being able to offer as many plums to would-be supporters as other candidates have offered.