For many Americans, Nov. 9 was a time of shock at the surprise election of Donald Trump, but the distress was perhaps strongest in New York City which knows Trump best, writes Michael Winship. 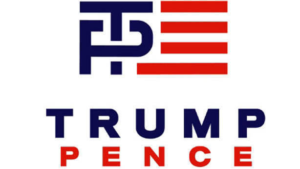 I would just as soon forget the morning after Election Day, 1972. I was on the campaign staff of Democratic presidential candidate George McGovern. I had spent the last couple of weeks in Connecticut. They told us we would lose the state by around 100,000 votes, but we put our shoulders to the wheel and managed to lose it by more than a quarter of a million. Richard Nixon beat us everywhere but Massachusetts and the District of Columbia. People knew about Watergate by then but didn’t yet care very much. It was a cold, rainy drive back to Washington.

While I’m at it, I’d like to forget the morning after John Lennon was murdered in December 1980. Another cold, rainy day. All of Manhattan was in shock. I took the subway up to 72nd Street and walked to the Dakota, the apartment building where Lennon lived and died. Fans stood on the sidewalks, soaked, holding radios and tape players, blasting his music, leaving sodden flowers and guttering candles on the doorsteps and windowsills.

And, of course, the morning of 9/11 and the morning after and the morning after that. I live a mile and a half from Ground Zero and saw the towers burn. The day after, we were sealed off from the rest of the city, streets closed to everything but emergency traffic. The smells of burning, of melted metal and other horrors intermittently filled the air, as they would for weeks to come.

Finally, I would just as soon forget Wednesday morning of this very week, Nov. 9. Donald Trump made his victory speech around 3 a.m. A few hours later, as daylight broke, the sky was overcast with a bit of rain and much of New York had fallen into the pained silence of a deep funk. Some compared it to the city’s mood after 9/11 but no, in 2001 there were almost immediate feelings of defiance and resolve mixed with the loss and sadness. Now there was just bewildered numbness, a physical ache.

Rejection in the Big Apple

But a couple of things buoyed me. For one, Donald Trump lost New York City (except for Staten Island) and New York State big time. Here in Manhattan, he received only 10 percent of the vote. Sure, active Democrats outnumber Republicans in the borough by more than 7 to 1, but from where I sit, 10 percent’s a number for losers.

I know, feeling good about that statistic is a bit of a stretch given the grand scheme of things, but that piddling 10 percent is a reminder that people who live in Manhattan know Donald Trump better than the general population of anywhere else in the country. And we voted no. Loudly.

Maybe we should have been more vocal about this during the election, sent platoons of Manhattanites out into the rest of the country, telling people just what it’s been like to live with this guy for the past four-plus decades: The bragging and lies, the crass excesses and raging misogyny, the bankruptcies, the high-rise real estate developments that have contributed to both our gross income inequality and the staggering property costs that increasingly force everyone but the very wealthiest out of their homes and small businesses.

We could have told them about 1989 and how Trump went after five teenagers of color falsely accused of raping a woman jogger in the city’s Central Park, how he took out full-page newspaper ads calling for a return to the death penalty as punishment, how even after the five were exonerated on the basis of solid DNA evidence and another man’s confession, he refused to apologize and continued to insist on their guilt.

And we could have told them what it’s really like to live on this island of diverse nationalities and ethnicities, of many religions and gender orientations, and the resulting, incredible variety of food, fashion, music and art; how once you’re unavoidably and insistently immersed in our differences, more often than not they’re a cause for celebration and not fear and hate. A lesson yet to be learned by our resident President-elect, who lives in a tower high above such things, but we can hope.

I feel good, too, that by the end of the day on Wednesday, demonstrators had gathered at the Trump International Hotel on Columbus Circle a couple of blocks from our offices, that thousands more gathered in Union Square downtown, and that all of them marched toward Trump Tower on Fifth Avenue, carrying placards and shouting in protest. Similar actions took place in cities across the nation and continue as I write.

Condemning those marches and sounding more like the sheriff of Nottingham than his real job, sheriff of Milwaukee County, Wisconsin, right-wing Trump surrogate David A. Clarke tweeted, “These temper tantrums from these radical anarchists must be quelled. There is no legitimate reason to protest the will of the people.”  Sorry, sheriff — dissent is alive and well. Get used to it these next four years.

In my lifetime, we’ve managed to survive Richard Nixon, Ronald Reagan and two Bushes in the White House. Trump has an excellent chance at being worse than all of them combined. We’ll see. It’s going to be challenging and often frightening.

I fear there will be plenty more terrible mornings ahead. But as Joe Hill said, “Don’t mourn, organize.” And so we shall.

Michael Winship is the Emmy Award-winning senior writer of Moyers & Company and BillMoyers.com, and a former senior writing fellow at the policy and advocacy group Demos. Follow him on Twitter at @MichaelWinship. [This article originally appeared at http://billmoyers.com/story/adds-november-9th-mornings-id-rather-forget/]

21 comments for “For Many Americans, A Day to Forget”