In the 1980s, British Prime Minister Thatcher and President Reagan depicted neoliberal or “free market” capitalism as the ideal system, a dogma that extends to the present despite its horrific failures and other options, says Sam Ben-Meir.

Oct .13 marked the birthday of the late British Prime Minister Margaret Thatcher – so perhaps it would be  fitting to take a moment to consider how Thatcherism still rules the global capitalist landscape.

During her political prime in the 1980s, Thatcher said she was out to change the soul, to change the conceptual universe in which people live, and her idea that “there is no alternative” (TINA) became so deeply embedded in our psyches and in our consciousness that it seems we could no longer imagine that there is an alternative to capitalism. 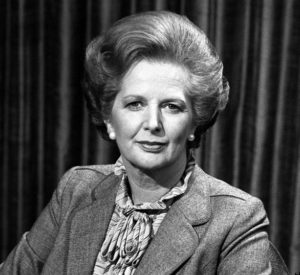 The neoliberalism of Thatcher was characterized by deregulation (especially in the financial sector), the suppression of labor, attacks on trade unions, and the privatization of state-owned corporations. Both Thatcher and Ronald Reagan oversaw the shift toward a more laissez-faire version of capitalism, which in effect reversed the post-1929 movement towards increased state-intervention and social-democratic capitalism.

It is long overdue that we lay this TINA concept to rest. Consider this: in the 1930s there was a clear sense that there was an alternative. After World War II, an alternative emerged in which the state was heavily involved; and taxation rates in the U.S. were very high. One of the persistent lies that we hear from Republicans is that high taxation rates destroy growth.

Donald Trump repeated this fallacy in the second presidential debate, but the record speaks differently. In 1945, that taxation rate on the top income brackets was 92 percent; it never fell below 70 percent until Ronald Reagan brought it down to 30 percent.

In 1981, Reagan significantly reduced the maximum tax rate, which affected the highest income earners, and lowered the top marginal tax rate from 70 percent to 50 percent; in 1986 he further reduced the rate to 28 percent. Between 1945 and Reagan, the average rate of growth in the U.S. was around 4 to 5 percent per year: one of the most successful boom periods of American history, when the top tax rate was always at 70-odd percent.

Since Ronald Reagan, the top tax rate has hovered around 35-39 percent and the average rate of growth since the 1970s has been 2 percent. Despite Trump’s absurd claims to the contrary, Americans remain among the least taxed citizens of advanced industrial nations, with 28 percent of gross domestic product taken for taxes versus an average of 36 percent for the 38 member countries of the Organization for Economic Cooperation and Development.

So what is the alternative? The fact is that we are currently facing a bankruptcy of ideas. There is an overload of negative critique of capitalism; and relatively little positive critique. To begin with, we should take a hint from CUNY economics professor David Harvey, and look inside the factory system itself for potential solutions.

Observe, for example, how corporations today manage and direct: they have a command-and-control system back through their supply chain. Their operations are centrally planned in a highly sophisticated and efficient way. One can easily imagine adopting that methodology and directing it to a social purpose other than merely enhancing bottom lines.

There is one further element of any viable alternative that needs to be mentioned; and it will serve to balance the need for centralized planning – namely, worker self-management (WSM). Worker self-management involves the extension and reinforcement of democratic principles beyond the political realm. 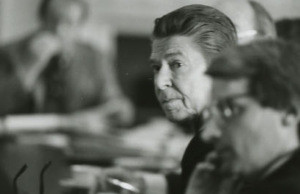 Each enterprise is managed by those who work there, and it is they who hold the decision-making power when it comes to determining, for example, what is to be produced, how much and for whom; how net proceeds are to be distributed; and how the firm is to be organized and administered. WSM is a collective process drawing on the common goals of people joined together in a cooperatively managed productive organization.

The first essential condition for the existence of WSM is that management of the company is entrusted to all people who work in it. The crucial point here is that the firm is controlled by the workers themselves and not by capital owners: in other words, the people who are most involved in production of goods and services have control over that production.

This is sine qua non for worker self-management. To meet this condition a democratic process is called for; where goals can be internally defined, and there is equality of voting power among all who work in the company and, ideally, equal opportunity to participate democratically in managing the organization’s affairs.

Economic democracy is a central pillar of legitimacy in any fully democratic system. The workplace has to be a space in which individuals acquire the participative skills, values and experiences which make for a vibrant democratic polity. This kind of “social training” is severely hampered by the prevailing forms of alienation.

Self-management is critical to the formation of an unalienated work-community and productive process – it shapes a space in which people come together, not only to meet their financial needs but also their need for community, dialogue and fulfillment from work. The topic of worker self-management is especially timely: in the era of global capitalism, economic democratization is more relevant than ever. Fortunately, there is a great deal of empirical evidence to show that worker self-managed firms perform as well as, if not better than, traditionally managed firms.

We also know that managers who are employed in firms where workers have some influence tend to be supportive of greater worker empowerment: that would hardly be the case if these projects were not seen as successful. Workplace democracy is able to satisfy the “imperative of efficiency” – of that there can no longer be any doubt. Otherwise, no one would want democratization extended to the workplace. WSM would remain at best a worthless bit of theory.

According to the U.S. Federation of Worker Cooperatives, there are over 300 democratic workplaces in the United States alone, employing thousands of individuals and generating over $400 million in annual revenues. The fact is that more and more ordinary people want workplace democracy, and such an attitude toward social change is an absolutely necessary prerequisite for activism.

So, in honor of Margaret Thatcher’s birthday, let us prove to ourselves, the world, and to future generations hence that there is indeed an alternative to a global capitalistic system that increases poverty, misery and destitution; that despoils the environment and robs man of a human environment fit to live in, all in the name of an insane imperative that can be summarized in a single word: growth.

15 comments for “The Failed Dogma of Neoliberalism”