Exclusive: An apparent casualty of the New Cold War was a U.S.-Russian agreement for eliminating weapons-grade plutonium but the deal’s death is not being mourned by either side, as Jonathan Marshall explains.

Despite America’s constant demonization of Russian President Vladimir Putin, few world leaders have collaborated as effectively with Washington on matters of critical national security, including overflight rights to Afghanistan, disposal of Syria’s chemical weapons stocks, and the agreement to prevent Iran from undertaking a nuclear weapons program.

Now he’s done it again. In the guise of punishing the United States by suspending a nuclear disarmament agreement, Putin has generously relieved the Obama administration of a budgetary headache of Excedrin proportions.

On Monday, Putin issued a decree suspending a bilateral agreement for the disposal of each side’s weapons-grade plutonium, complaining that Washington’s economic sanctions and military buildup in Eastern Europe have “radically changed” relations between the world’s two major nuclear powers.

“The Obama administration has done everything in its power to destroy the atmosphere of trust which could have encouraged cooperation,” the Russian foreign ministry explained. “We want Washington to understand that you cannot, with one hand, introduce sanctions against us . . . and with the other hand continue selective cooperation in areas where it suits them.”

An instant analysis by Stratfor, a private risk consulting firm, warned that “other nuclear disarmament cooperation deals between the United States and Russia are at risk of being undermined. The decision is likely an attempt to convey to Washington the price of cutting off dialogue on Syria and other issues.”

There’s some truth to that gloomy forecast. But Putin was well aware of Washington’s own eagerness to find a way out of the agreement due to the spiraling cost of compliance. He thus succeeded in sending a message without risking serious additional damage to the already frayed U.S.-Russia relationship.

The Plutonium Management and Disposition Agreement, signed in 2000, commits the United States and Russia to dispose of a total of 68 tons of weapons-grade plutonium, enough for 17,000 nuclear weapons, rendered surplus by the easing of Cold War tensions.

Besides signaling other countries that the United States and Russia were serious about slashing their nuclear arsenals, the agreement aimed to get rid of the plutonium in a way that minimizes the risk of nuclear theft or diversion.

The two parties agreed to dispose of most of the plutonium by mixing it with uranium to create “mixed-oxide” (MOX) fuel for “burning” in commercial nuclear reactors. But that step required construction of special facilities to create the fuel.

In the United States, planning began for the Mixed Oxide Fuel Fabrication Facility in South Carolina. After years of research, development, and initial construction under the Bush and Obama administrations, however, the Department of Energy announced in 2013 that “This current plutonium disposition approach may be unaffordable, though, due to cost growth and fiscal pressure.”

Indeed, the total cost of the MOX program, including the plant and its operation, had soared from an estimated $3.1 billion in 2002 to $18 billion. This year, the Department of Energy reported that the MOX facility won’t be ready until — no joke — 2048.

Worse yet, commercial nuclear utilities don’t even want the fuel, whose use would raise a host of technical issues.

For its part, Russia agreed to dispose of most of its excess plutonium in special “fast-neutron” reactors optimized for the use of plutonium. Russia’s latest such plant was finally connected to the electric grid late last year, 31 years after the start of construction. Despite Russia’s pride in this technological achievement, construction cost billions of dollars and the reliability of the units has yet to be proven. One wonders if the Putin administration is also having second thoughts about the cost of compliance with the 2000 agreement.

Both countries have potentially much cheaper disposal options, including encasing and then burying the plutonium in a pit, which the Department of Energy estimates could save taxpayers $30 billion over several decades. 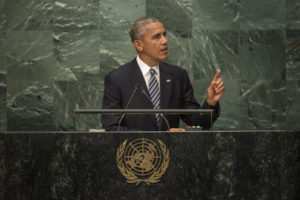 “The Obama administration actually approached Russian officials several years ago, seeking a potential modification to the agreement that would open a path to that approach,” notes Patrick Malone, a reporter for the Center for Public Integrity.

“The Russians’ announcement, as a result, is hardly a further blow to relations between the two countries. It means that Washington’s hands are arguably no longer tied by the agreement, allowing the next president to proceed with the burial option once the Energy Department solves a few remaining technical concerns.”

Or as noted arms control advocate Joe Cirincione, president of the Ploughshares Fund, put it in a tweet, “There is a bright spot in the breakdown of the Russia plutonium deal: no need for the nuclear facility that’s costing US taxpayers billions.”

The only loser, ironically, stands to be the hawkish Sen. Lindsey Graham, R-South Carolina, who dropped his usual opposition to arms control to embrace the plutonium accord because the giant MOX facility would bring jobs to his state.

The downward spiral of U.S.-Russia relations is very real and very dangerous. But it’s nonetheless reassuring that President Putin found a way to express his displeasure with Washington that simultaneously signals to insiders his continued willingness to cooperate.

Jonathan Marshall is author or co-author of five books on international affairs, including The Lebanese Connection: Corruption, Civil War and the International Drug Traffic (Stanford University Press, 2012). Some of his previous articles for Consortiumnews were “Obama Flinches at Renouncing Nuke First Strike,” “Dangerous Denial of Global Warming,” “How Arms Sales Distort US Foreign Policy,”  “The US Hand in the Syrian Mess”; and “Hidden Origins of Syria’s Civil War.”