The circus-like U.S. political process, with a media that treasures trivia over substance, is giving democracy a bad name in the world and making alternative structures look good by comparison, says ex-CIA official Graham E. Fuller.

The “Great Debates” between candidates Clinton and Trump encapsulate what is wrong with the U.S. political process. There’s been little substance; it’s all about personalities and sound-bytes and gotcha. Never mind the grand issues of our time and how they should be addressed seriously and comprehensively — income inequality, corporate control of media, corporate-dominated electoral funding, global warming, long-term global refugee issues, jobs going overseas in perfect conformity with capitalist principles, Wall Street corruption, race relations, health care, etc.

None of these have easy — or palatable — answers and so the system reverts to entertainment over substance. The Romans got it right way back — it’s all about bread and circuses. We have only the trappings of democracy to pretend that the people are actually deciding anything.

And it’s not new. Just read historical accounts of the savage political campaigns going back to our Founding Fathers down to the vituperative language of today. Sadly, this all may just reflect the human condition, locked in eternal struggles for power since cave men. Might generally makes right; but might today no longer flows from the cave-man’s club. Today it is control of the media, the banks, the political establishment. There will always be a political establishment defending its own.

Let’s not forget Winston Churchill’s famous quote that “democracy is the worst form of government except all those other forms that have been tried from time to time.” Corruption and incompetence may still be preferable to assassination or revolution that produce leaders nobody ever voted for.

When I was doing research among Islamists in the Middle East in years past, I was struck by one comment about why many Islamists have been coming around to appreciation of some aspects of democracy. Islam has always placed great weight on the religious obligation of the ruler to rule justly, to provide good governance. But what if the ruler doesn’t? Many Islamists have observed that democracy at least enables you to get rid of a ruler whom you don’t want, by due process. That is no small advantage, even if the political wheels of democracy grind slowly.

So what’s different about today, if anything? Two things jump out: money and media.

“Money makes the world go round,” as the song from Cabaret reminds us, and it certainly makes politics spin out of control. Is it not stunning to observe how, without the least trace of irony, the U.S. campaign system treats solicitation of bribes (“fund-raising”) as a legitimate and newsworthy part of electoral competition? It’s basically about who can fetch the highest price in the influence market.

Mark Twain, who got a lot of things right, commented that the U.S. “had the best Congress money can buy.”

Not New, But Worse

Now, only the naive would believe that influence-peddling is something new in the world. But to publicly champion the competition in which a candidate sells him/herself is really rather incredible. Recipients of contributions may claim they can remain independent-minded, but only a fool believes that when we receive a significant sum of money from a donor we are not influenced by that “gift.”

As for the media, of course it is not a public service. It is a line of business, whose owners also seek to mold public perceptions. (How many people are trying to kill off PBS?) Even the “paper of record,” The New York Times, routinely demonstrates striking bias: suppression of political candidates or voices who dare stray from mainstream establishment analysis. (How often do you ever see the name of Noam Chomsky in The New York Times on any topic? Or find balance in its reporting on Russia, Israel or China? Can we ignore the fact that mainstream media is bought and owned by an alarmingly small circle of wealthy who set general guidelines?

But what is really different these days is the pervasive reach of the media. One-hundred-and-fifty years ago how many people ever heard the Lincoln-Douglas debates? How many people ever read newspapers? What other sources of information existed apart from the town-crier? Or a campaigner coming through town once-in-a-lifetime on the back of a train in a whistle-stop campaign?

The transformation of politics into our modern infotainment is an invention of U.S. political culture. And that invention is in the process of bringing the U.S. down. Why? Because the issues that really matter are not discussed — because they are complex, can’t be reduced to sound-bytes, and nobody dares answer them honestly. Because image matters more than content.

And today this circus now occupies roughly half of any presidential term. U.S. politics are now almost in perpetual election mode.

The circus atmosphere bids up extremist postures by candidates. Okay, candidates might not really quite mean what they say on the campaign trail; they might not really do what they claim they will (or will not) do. But the fact remains that the level of discussion is coarsened and dumbed-down.

Incendiary sound-bytes linger in the political air long after they have been uttered, infusing greater demagogy to the political process, especially in Congress, for the rest of the political cycle. And the Establishment’s game play on foreign policy — what even President Obama recently referred to as “the Washington playbook” — is perpetuated.

Canadians complained when their last national election campaign was extended by loser Prime Minister Stephen Harper to run for 11 weeks. And Canadian politics are boring. Politics are not part of the entertainment scene. Maybe boring is good. It suggests things are more or less working.

The U.S., with the most advanced mass culture and mass info-technology in the world, has created this baleful system that is in the process of making the U.S. ungovernable, its policies increasingly ineffective, its citizens angry, its foreign policies incoherent.

But, as with many American firsts, has the U.S. now created a democratic model that may come to be emulated in the rest of the world? Hints of it can now be seen in Canada and the U.K., maybe on the Continent.

So what is the way out? Reform of the U.S. order would seem extremely difficult given its entrenched nature backed by so many powerful special interests.

Yet as the U.S. democratic order becomes increasingly dysfunctional, we already see revolts taking place. But revolts the world over historically often lead to greater autocracy, dictatorship or even revolution from the left or right. We know well the resulting horrors that can emerge from that. But people will always demand stability, protection, fixes for problems that are ever more complex to answer.

Wise men have, of course, grappled with this problem for centuries. The U.S. Founding Fathers tended to believe that day-to-day democracy should be insulated from the volatile passions of the people through more indirect government; the “wiser heads” of the Senate were supposed to balance the popular impulses as represented in the House. Presidents were elected “indirectly” through ostensibly “wiser” electoral colleges. All those arrangements, for what they were worth, broke down; such indirect elections are probably unachievable today.

Now let’s look at the other end of the spectrum. It’s interesting that China today is actually quietly touting to the rest of the world its own evolving system. Of course, we recoil from the terrible catastrophes of Chinese regimes over most of the past century. But we shouldn’t lose sight of the fact that China has been concerned with principles of good governance going back some 3,000 years, including Confucian principles of the responsibility of “cultivated” or educated people to govern wisely; that was probably as good as it got in that era.

More important, the Chinese state bureaucracy was selected through massive nation-wide examination systems to choose the most qualified. The system had its good periods and bad, almost on a 300-year cyclical basis — breakdown and restoration.

Today China is creeping back again, this time from the disasters of Chairman Mao towards a semblance of order and rationality in governance. It has implemented a series of often unusually effective policies that are slowly bringing an ever rising percent of the rural and urban poor into the middle class and a slightly freer life. 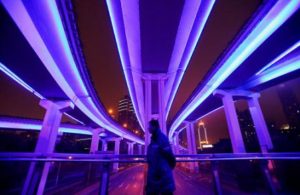 Now, I don’t want to live in China particularly. But consider the daunting challenges of running this country: one that was left behind in the last century or so, invaded by English and Japanese imperialists, massively misruled under fanatic communists (not all were fanatic) for 50 years, and now presides over a population approaching 1.4 billion people.

China’s leaders operate on the razor’s edge: meeting pent-up demand after decades of deprivation, managing the transition of millions of peasants who want to come to the cities, feeding and housing everyone, maintaining industrial production while trying to reverse the terrible environmental damage wrought in earlier decades, to maintain stability, law and order while managing discontent that could turn violent, and to maintain the present ruling party in power to which there is no reasonable alternative as yet. That’s quite a high-wire act.

So if you were running China today, what would you advocate as the best policies and system to adopt?  Chances are few of us would simply urge huge new infusions of democracy and rampant capitalism. The delicate balance of this frail recovering system needs to be guided with care. But it is basically working — as opposed to looming alternatives of chaos and poverty.

China today suggests to developing countries that China’s own model of controlled cautious light authoritarian leadership — where leaders are groomed over decades up through the ranks of the party —  may be a more reliable system than, say, the bread and circuses of the U.S. That’s their view.

No one system has all the answers. But it’s worth observing that by now the U.S. probably lies at one extreme of a political spectrum of bread-and-circus “democracy.” Can the system be reformed? Ever more serious questions arise about the present system’s ability to meet the challenge of this century — along multiple lines of measurements.

And, as the world gets more complex, there is less room for radical individualism, whistle-blowing, and dissent. Vital and complex infrastructural networks grow ever more vulnerable that can bring a state down. The state moves to protect itself. The strengthening of the state against the individual has already shifted heavily since the Global War on Terror and even more so under President Obama.

I’m not suggesting that China is the model to be emulated. But we better note how it represents one rational vision of functioning governance of the future — under difficult circumstances — at one end of the spectrum. The U.S. lies at the other.

Is there anything that might lie somewhere between these two highly diverse systems of governance? Just sayin’.

14 comments for “A Process That Makes Democracy Look Bad”