The West’s imperial division of the Mideast, including the parceling of Kurdish territory among several countries, still contributes to the region’s unrest, leaving the Kurds now at odds with Turkey’s powerful army, as Alon Ben-Meir explains.

Turkey’s President Recep Tayyip Erdogan has claimed that military operations against the Kurdistan Workers’ Party (PKK) will continue until “the very last rebel is killed.” What is puzzling about this statement is that after more than 30 years of violence that has claimed the lives of over 40,000 Turks and Kurds, Erdogan still believes he can solve the conflict through brutal force.

But he is fundamentally mistaken, as the Kurds’ long historical struggle is embedded in their psyche and provides the momentum for their quest for semi-autonomy that will endure until a mutually accepted solution is found through peaceful negotiations. To understand the Kurds’ mindset, Erdogan will do well to revisit, however cursorily, their history and the hardship they have experienced since the end of World War I. 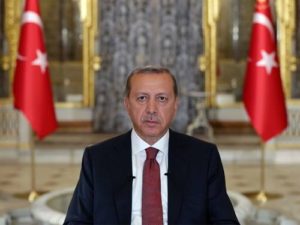 An independent Kingdom of Kurdistan lasted less than two years (1922-1924) before it was parceled out between what became Iraq, Iran, Turkey and Syria, regardless of ethnicity or geographic relevance. Nevertheless, they have clung to their cultural heritage, the rejection of which by Turkey remains at the core of their grievances today.

From the time Kurdistan was dismantled, and despite the discrimination against the Kurds and the precarious environment in which they found themselves, they remained relentless in preserving their way of life, fearing that otherwise their national/ethnic identity and language will gradually fade away. In Iraq, there are seven million Kurds (roughly 15 percent of the population).

Since 1991, they have consolidated autonomous rule under American protection and now enjoy all the markers of an independent state. In Syria, the two million Kurds (about 9 percent) have been largely politically inactive under the Assad regimes. In the past five years, they took advantage of the civil war and established a semi-autonomous region which Erdogan vehemently opposes, fearing that it could prompt Turkish Kurds to seek autonomy of their own à la the Iraqi Kurds.

The eight million Kurds in Iran (nearly 10 percent) officially enjoy political representation but have historically experienced socio-political discrimination, which emboldened the militant wing of the Kurdistan Democratic Party in Iran (KDPI) to turn to violence, making the Iranian Revolutionary Guard their main target.

Turkey houses the largest Kurdish community (15 million, approximately 18 percent). Although they are largely Sunnis like their Turkish counterparts, their national aspirations for autonomy and cultural distinction trumps their religious beliefs.

Prior to the formation of the PKK, Abdullah Ocalan and his followers raised awareness about the Kurds’ plight in Turkey through political activism throughout the 1970s. However, after becoming the target of a government crackdown, they moved toward guerrilla warfare, forming the PKK in 1978 and launching its insurgency in 1984 during the premiership of Turgut Ozal.

In 1999, Ocalan was arrested and sentenced to death, but under European pressure and due to the prospect of European Union membership, Turkey abolished the death penalty and Ocalan’s sentence was commuted to life imprisonment. The fact that he was not executed allowed him to continue his role as a leader and assume a moderate voice, which remains essential for future negotiations.

In 2006, the imprisoned leader called for peaceful negotiations to end the conflict. His call was not heeded by Erdogan, who was unwilling to grant the Kurds any significant concessions that would allow them to enjoy their cultural tradition, including the use of the Kurdish language in their public schools and universities, and be permitted to run some of their internal affairs.

He partially relented in 2013 and granted the Kurds small concessions by increasing Kurdish-language education (only in private schools), allowing Kurdish town names, and lowering the parliamentary threshold to allow Kurdish and other smaller parties to enter parliament.

During scores of conversations I had with many Kurdish MPs and academics who have firsthand knowledge about the Kurdish problem, no one suggested that the Kurds want independence, but rather certain socio-economic and political freedoms consistent with Turkish democracy.

Conversely, Erdogan insists that the Kurds already enjoy full Turkish citizenship in a “democratic Turkey” and are full-fledged Turkish nationals. He proudly points to the fact that the People’s Democratic Party (pro-Kurdish party) has 59 seats in the parliament and is part and parcel of the legislative body. His parading of Turkish democracy, however, was nothing but empty rhetoric.

In May 2016, he pushed his AK Party-controlled parliament to approve a bill to amend the constitution to strip parliamentary immunity from lawmakers, clearly aimed at Erdogan’s chief enemies, Gulenists and Kurds, paving the way for trials of pro-Kurdish legislators.

Under E.U. pressure, peace talks took place in late 2012, but by July 2015, the negotiations collapsed and full-scale hostilities resumed between Turkish forces and the PKK, each side blaming the other for the failure of the negotiations. This failure, though, was almost a given.

The parliament was deliberately left out, the public was kept in the dark, the military had no clue about the negotiating process, and the negotiations were reduced to concerns over terrorism rather than the substance of Kurdish demands, ensuring deniability as to which side was to blame for the inevitable collapse of the negotiations.

Moreover, being that the prospect of E.U. membership was all but dead, Erdogan ultimately aborted the negotiations, fearing that if he provided any opening, it would encourage the Kurds to seek full autonomy as they would be emboldened by their counterparts in Syria and in particular Iraq, where they enjoy full autonomy.

In the wake of the failed military coup in July, Erdogan wasted no time in rounding up tens of thousands of people from the military, academia, think tanks, and teachers connected to the Gulen movement. He then moved on to the Kurds, believing that in so doing he will put an end once and for all to the Kurdish problem.

Only recently in the Kurdish-majority city of Diyarbakir, Prime Minister Binali Yildirim announced that around 14,000 Kurdish teachers would be suspended for having ties with the PKK. Erdogan’s rampage against the Kurds continued in spite of the U.S.’ and E.U.’s call to stop his heavy-handed approach that was arbitrary at best and an outright violation of basic human rights.

Ocalan’s recent call to engage in peace negotiations for the third time, and the PKK’s willingness to abide by his call as they have in the past, provided another opportunity to end the violence, but Erdogan refuses to heed Ocalan’s call. Violence, however, regardless of the reason, is not acceptable, even though Erdogan is using equivalent violent measures.

Regardless of how legitimate the Kurds’ grievances are, civil disobedience will ultimately be far more effective in achieving their political goals, as well as engendering international sympathy, instead of resorting to violent resistance which plays directly into Erdogan’s hand.

Even his erstwhile ally, former Prime Minister Ahmet Davutoglu, recognized the need for Turkey to return to the peace process, but was rebuffed by Erdogan, whose national fanaticism overshadows the future stability and well-being of the country that he presumably wants to secure.

After 30 years of bloodletting, none of the prerequisites to end the conflict are present. Neither side has reached a point of exhaustion, both expect to improve their position over time, and no catastrophic event has occurred to change the dynamic of the conflict, leaving both sides fighting a protracted war that neither can win. Erdogan will be wise to remember a popular Turkish proverb that says, “No matter how far you have gone on the wrong road, turn back.”

Indeed, unless Erdogan finds a solution through negotiations, and heeds Ocalan’s renewed call for talks, the conflict will continue to fester and would doubtless outlast him as it has outlasted his predecessors.

Erdogan will not succeed in killing every PKK fighter — not only because of the nature of guerrilla warfare, but primarily because of the Kurds’ determination to realize some form of semi-autonomous rule and preserve their rich culture and language that no people would sacrifice, regardless of how much pain and suffering they endure.

It is time for Erdogan to accept the reality that the solution to the Kurdish problem rests solely on peace negotiations. Anything short of that will only lead to ever more death and destruction on both sides, with no end in sight.

← In Election, Russians Rallied Around Putin
How US Propaganda Plays in Syrian War →

6 comments for “Turkey and the Kurdish Quandary”