In a historic vote on Aug. 31, Brazil’s democratically elected President Dilma Rousseff was formally ousted by the Brazilian Senate, surpassing the required two-thirds majority with 61 votes in favor and 20 votes against. The controversial impeachment formalizes the provisional government of former Vice President Michel Temer and his Partido do Movimento Democrático Brasileiro (Brazilian Democratic Movement Party, PMDB), bringing an end to 13 years of governance by Rousseff’s own Partido dos Trabalhadores (Worker’s Party, PT).

This decision not only signifies a drastic change in Brazil’s government, but it also has major implications for the country’s near-term future. Allegations of corruption continue to hang over Temer’s interim administration, including leaked audio recordings that suggest that Rousseff’s ouster was politically manipulated to halt the charges against congressmen from Temer’s cabinet and party.

Rousseff’s impeachment is a devastating blow to Brazil’s democracy, constituting a “soft coup” — an undemocratic process of regime change tainted by political malfeasance, selective justice, and a non-electoral transfer of power cloaked in the guise of the rule of law.

Interim President Temer and former speaker of the House of Representatives Eduardo Cunha are recognized as the primary instigators of Rousseff’s suspension in May of this year. While the two have been accused of various acts of fiscal and electoral corruption, the spotlight has been focused primarily on Rousseff’s alleged fiscal mismanagement.

Following Rousseff’s impeachment, Temer was sworn in as Brazil’s president and, barring a Supreme Court intervention, receives immunity from further investigation of any crimes that took place before he assumed the presidency.

Temer will likely remain in office until the end of 2018. The next presidential elections are scheduled for October 2018 and a new president would take office Jan. 1, 2019. However, with growing discontent from actors along the entire political spectrum, including senators and constituents from Temer’s own PMDB, there has been a good deal of speculation that his presidency may not endure.

Another impeachment, while a remote possibility, is not unthinkable, especially given the lack of support within Temer’s own party and the potential that new allegations of corruption may be brought against him. At that point, the Supreme Court could choose to suspend Temer’s presidential immunity and allow for the initiation of impeachment proceedings against him.

If Temer were to suffer impeachment before the end of 2016, the Brazilian Constitution requires that new national elections be called within 90 days. Otherwise, if he were to be removed after Jan. 1, 2017, indirect elections within the Brazilian Congress would decide which current senator would assume the position. Considering recent strategies by the PMDB, such technicalities could easily be exploited by the Temer administration, further highlighting the murky nature of recent events and calling into question the legitimacy of Brazilian democracy.

Rousseff’s ouster sets a negative precedent for the country in two ways. On the one hand, it institutionalizes the political abuse of power by politicians seeking to avoid corruption charges. On the other, it shamefully obscures the underlying motive for removing the PT from office: a desire to return to conservative rule and neoliberalism. Both of these strategies subvert the democracy that Brazil has worked hard to uphold. 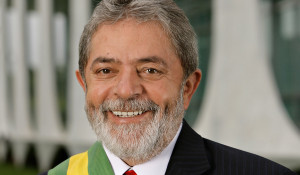 First, the installation of a new administration with weak democratic standards does not bode well for Brazil, especially given the corruption that has traditionally pervaded its government. The PMDB saw an opportunity to evade charges against its leaders while simultaneously gaining the presidency — an accomplishment that has eluded them at the voting booth for more than 20 years. All they had to do was turn on Rousseff, their electoral coalition partner.

Thus, PMDB’s leaders led the impeachment of the president, even though an independent federal prosecutor found that she had not violated any fiscal laws. This practice, known as pedaladas fiscais, or “accounting tricks,” has been recently employed by more than a dozen state governors without legal repercussions.

Meanwhile, Temer has been convicted of electoral fraud and accused of other acts of corruption, but by assuming the presidency he evades existing investigations, such as Operação Lava Jato, that would have proven his guilt or his innocence. Such hypocrisy and double standards seriously impugn the legitimacy of the impeachment process and the entire democratic institution.

Temer’s interim government almost immediately implemented a far more conservative agenda than the Rousseff Administration with neoliberal ideals that seemed to have been waiting in the wings for an opportunity to be reinstated. Among his first actions was the naming of an all-white, male cabinet, several of whom were under investigation for corruption at the time of their appointment.

Additionally, as a cost-cutting measure, Temer eliminated the ministries of culture, agrarian development, science and technology, women, racial equality, and human rights (although some were since reinstated due to popular pressure). Furthermore, the interim administration wasted no time in rolling back the hallmark of the PT’s government: social programs and policies that Rousseff had fought hard to continue.

Temer immediately slashed funding for programs that benefit the rural and urban poor, women, afro-descendants, the LGBTQ community, and indigenous people. These changes augur how Temer will govern now that he has been sworn into office.

His radical departure from the policies of the platform under which he was elected as Rousseff’s vice president lends further credence to the claim that her ouster is the result of a political witch-hunt rather than a legitimate impeachment process for a criminal offense as required by the Constitution.

It is undoubtable that the non-electoral and undemocratic ouster of Brazil’s first female president constitutes a perilous democratic regression for South America’s largest nation. In fact, the process constitutes a “soft coup” against the Rousseff presidency and a political attack against the PT.

Conservative parties came together to secure what they had been unable to achieve through popular elections: a presidential victory over the PT. By circumventing the electoral process, the impeachment strikes a huge blow to the country’s democracy, especially given the advances it has made since the impunity typical of the military government (1964-1985).

Future of Brazil and Beyond

The PT is not going to accept Dilma’s ouster without a fight. On its Twitter page last Wednesday, it posted a letter from the Frente Brasil Popular (People’s Brazilian Front), which is a coalition of trade unions, progressive and social movement organizations, and political parties.

In the letter, the Front promised that, “Our struggle against the coup government and its program of rolling back our achievements will be relentless.” Protests against the proceedings, which have been ongoing since the impeachment process began, have been increasing and are also likely to intensify in the coming days.

The ramifications of Rousseff’s impeachment are not limited to Brazil. The reverberations throughout the Western Hemisphere, where progressive governments are on the defensive against similar right-wing attacks, began immediately when Bolivia, Ecuador, and Venezuela recalled their ambassadors from Brasília.

Progressive governments of the region see Brazil as the latest example of the epidemic of “soft coups” that have brought down Pink Tide governments that came to power through democratic elections. Increasingly, right-wing forces opposed to progressive governments and discontent with their social and economic programs — but unable to defeat them in popular elections — have turned to judicial and institutional processes to roll back the left’s hold on executive office.

Despite the rhetorical anti-corruption façade that characterized the impeachment proceedings, President Rousseff’s ouster was actually a careful orchestration designed to exploit recent public discontent with her administration’s handling of the economy. Temer is nearly as unpopular as was Rousseff, yet he and the PMDB were able to channel common grievances and direct them against President Rousseff in order to capitalize on them politically.

Moving forward, Brazil is in the hands of a Trojan Horse government — one that has presented itself as one of the few hopes for democracy while subverting the very institutions that the term represents. The Council on Hemispheric Affairs (COHA) stands with Rousseff and echoes the statement she made while on trial: “Today, I only fear the death of democracy.”

Hector Perla Jr. is a Senior Research Fellow and Laura Sholtz & Liliana Muscarella, Research Associates at the Council on Hemispheric Affairs (COHA), which published this article. For additional news and analysis on Latin America, please go to LatinNews. com and Rights Action.

8 comments for “The Hard Message from Brazil’s ‘Soft Coup’”