Pay-to-play, the merger of politics and business, has many features including how to exploit political influence to maximize business profits even when children’s lives are at risk, says Michael Winship.

Cash and carry has become nothing more than standard operating procedure in politics and government, and it’s wrecking the republic. The whole system is rotten to the core, corrupted by big business and special interests from the seventh son to the seventh son.

Or daughter, as we learned these past few days when the news introduced us to Heather Bresch, CEO of a drug company called Mylan and daughter of Democratic U.S. Sen. Joe Manchin III, who’s also the former governor of West Virginia. 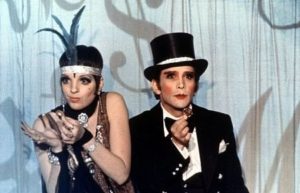 Mylan manufactures and sells EpiPen, the emergency delivery system for an allergy drug, epinephrine, that can make the difference between life and sudden death. The cost for a two-pack of the devices has soared nearly 550 percent to $608.61. That’s a price far beyond the means of most families with kids threatened by possibly fatal allergic reactions.

She should resign for price gouging rather than get a raise, but like so many of her fellow executives Bresch sails serenely on as her fellow Americans drown in health care debt. Her career and the success of her company epitomize everything that so enrages every voter who believes that the fix is in and that the system is weighted in favor of those with big money and serious connections.

According to reports, Bresch got her first job at Mylan working in the factory basement, when her well-connected dad asked the company’s then-CEO, Milan Puskar, for a favor. Later, a scandal erupted when it was discovered that West Virginia University, which had received a $20 million donation from Puskar and whose president was a Manchin and Bresch family friend, had awarded her an MBA although she had not completed the required coursework.

The school president and other administrators were forced to resign, but Bresch survived the controversy and has done very well indeed in the pharmaceutical business, rising through the ranks and at the same time learning how to adroitly manipulate government and its regulations — lessons for which life in a successful political family with its network of friends and colleagues prepared her well.

For a time, she was Mylan’s chief lobbyist (working to help pass the 2003 Medicare prescription drug bill, among other legislation) and Anna Edney at Bloomberg Politics writes that “Mylan spent about $4 million in 2012 and 2013 on lobbying for access to EpiPens generally and for legislation, including the 2013 School Access to Emergency Epinephrine Act, according to lobbying disclosure forms filed with the Office of the Clerk for the House of Representatives.

Mylan also was the top corporate sponsor of a group called Food Allergy Research & Education that was the key lobbyist pushing for the bill encouraging schools to stock epinephrine auto-injectors, of which EpiPen is by far the leading product.”

The company also took advantage of what President Obama has called an “unpatriotic tax loophole,” making a deal in 2014 with Abbott Laboratories to incorporate in the Netherlands — one of those infamous “inversions” that allow companies to pay a much lower tax rate abroad than here at home — even as they rake in profits from US taxpayer-subsidized programs like Medicare, Medicaid and veterans’ benefits. Political expedience and maybe embarrassment saw Joe Manchin denouncing his daughter’s inversion deal. But no one stopped it.

Like so many businesses eager to purchase politicians all their own, Mylan has made significant cash contributions to both sides of the aisle. Emmarie Huetteman at The New York Times reports, “Mylan’s political action committee has given at least $71,000 to congressional candidates from both parties this election cycle,according to the Center for Responsive Politics, with about 72 percent of those contributions going to Republicans.”

Mylan also has brushed up against both Donald Trump and Hillary Clinton. The company has contributed up to $250,000 to the Clinton Foundation and one of its leading stockholders — with 22 million shares — is the hedge fund owned and managed by billionaire John Paulson, a big Trump bankroller.

Hillary Clinton decried the EpiPen price hike as “outrageous, and just the latest example of a company taking advantage of its consumers.” Several of Manchin’s Senate colleagues have called for hearings and an investigation into Mylan. Manchin himself has said he is “aware” of the soaring prices of prescription drugs and looks forward to reviewing Mylan’s response. He did not mention his daughter’s name.

Meanwhile, in response to the current furor, Mylan announced plans to widen a patient assistance plan, provide $300 savings cards and on Monday said they would begin producing a generic alternative to the EpiPen that would cost half as much (there’s a certain rounding of the circle, even irony here, as Mylan began business as a manufacturer of cheap generics).

But of the expanded assistance plan, Mike Hiltzik at the Los Angeles Times says, “at heart it’s a cynical move that actually protects the company’s profits and harms the health care system… In fact, they’re illegal when applied to Medicare or Medicaid patients, because they may violate federal anti-kickback laws, which bar payments made to induce patients to choose particular services. Insurers and government programs will have to cover everything beyond the co-pay or deductible…”

And even at half-price, the cost of an EpiPen remains an outrage. In fact, some estimate that the dose of epinephrine used in the injector may really cost as little as a dollar.

In other words, this is one more, big old scam — yet another case of big business trying to pull the wool over the citizens’ eyes and pick our pockets while the government and our politicians mostly look the other way.

The Mylan mess is the cozy relationship between regulators and the regulated in a nutshell. Throughout government, politics and business, cash contributions are made, connections are used, strings are pulled and favors are requested and returned. So the system wins again, corrupt as hell.

But take notice. Realize that the rest of us are more and more aware of how we’re being had — and that we truly must be heard and heeded. Unless the tiny-hearted, gold-digging CEOs of America’s corporations and our leaders get the dollar signs out of their eyes and come to their senses, they are writing a prescription for an angry public response that not even their bought-and-paid-for Congress can hold at bay.

Michael Winship is the Emmy Award-winning senior writer of Moyers & Company and BillMoyers.com, and a former senior writing fellow at the policy and advocacy group Demos. Follow him on Twitter at @MichaelWinship. [This article first appeared at http://billmoyers.com/story/drugs-privilege-big-business-congress-epipen/]