The New York Times has shown a blatant bias against Russia and Vladimir Putin for years but it is now merging that animus with its contempt for Donald Trump, a stunningly unprofessional performance, notes John V. Walsh.

An astonishing piece appeared in the New York Times recently. It reported a fierce bias in the Times’s coverage of politics and current affairs, most notably when it comes to Donald Trump. The bias turns up not just in the opinion pages but in the News, reports Liz Spayd, the new “public editor,” a position once called the ombudsman.

But the surprise does not end there. Spayd’s report is based on letters from liberal readers, which are filling her inbox to overflowing. Here are some examples that she cites:

“You’ve lost a subscriber because of your relentless bias against Trump — and I’m not even a Republican,” writes an Arizonan.

“I never thought I’d see the day when I, as a liberal, would start getting so frustrated with the one-sided reporting that I would start hopping over to the Fox News webpage to read an article and get the rest of the story that the NYT refused to publish,” writes a woman from California.

“The NY Times is alienating its independent and open-minded readers, and in doing so, limiting the reach of their message and its possible influence,” writes a Manhattanite.

Since these examples are all letters from liberals, the public editor comments: “You can imagine what the letters from actual conservatives sound like…. Emails like these stream into this office every day. A perception that the Times is biased prompts some of the most frequent complaints from readers. Only they arrive so frequently, and have for so long, that the objections no longer land with much heft.”

Of course this is nothing new for the Times. The bias in favor of the latest project of the American Imperium has been true for my entire lifetime. But it used to be subtler, and it used to include some real information, albeit buried away somewhere deep within an article. Noam Chomsky was once fond of reminding us that it was better to read the Times articles backwards, because some truth was buried in the last couple paragraphs.

But in the last few decades since the end of the Cold War and the rise of NATO Expansion and American Exceptionalism during the 1990s in the Clinton “co-presidency,” the situation has grown much worse.  The age of American Triumphalism has caused more rot in the mainstream media. Not only with the Times but with other major outlets like the Washington Post, the Wall Street Journal and National Public Radio. 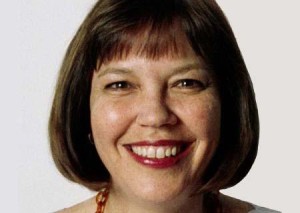 A striking example occurred when the Times lent its front page to a fabricated and now thoroughly discredited story by Judith Miller and Michael R. Gordon in September 2002 claiming that Iraq had secured aluminum tubes to build nuclear centrifuges. That was just weeks before Congress took a vote to “authorize” George W. Bush to launch an invasion of Iraq.

I still recall the day I looked at that article and thought it was fact free and source free and that any decent editor would turn it back. It was clear at that moment that the fix was in and that we were on our way to a war which our Elite had decided upon. (Judith Miller eventually was the sacrificial lamb when that story and its origins in Dick Cheney’s office became known. But the co-author, Michael Gordon, continues as the “chief military correspondent” for the Times, and the editors in charge have never been punished.)

It seems that the situation has gotten worse with the rise of Trump who endangers the Imperium’s quest for world domination by seeking to “get along” with Russia and China. Once Trump took that stance, the vitriol and vituperation became a daily feature in the Times.

Indeed their columnist Timothy Egan seems to write about little else these days. Only Maureen Dowd provides occasional timid relief, daring to point out that Trump “talks to the press,” a dig at Hillary who rarely does. (Clinton held a limited news conference – her first of the year – this past week.)

I know that many Times readers now seek out Fox, just like the letter writer quoted above. And many also turn to Breitbart and the Drudge Report as well as RT and China Daily. Even when the Times reports some actual facts, it reports only selected ones (a half truth is a full lie) or buries them in a narrative that neutralizes them.

More Times readers should recognize that they are being taken for a ride. And they should stop being so damned cocksure and snooty about their “knowledge.” They often look more foolish than they might think.

John V. Walsh is a frequent contributor to CounterPunch.com, Antiwar.com, LewRockwell.com and DissidentVoice.org. He is a founding member of “Come Home America.” Until recently he was Professor of Physiology and Neuroscience at the University of Massachusetts Medical School.  He can be reached at john.endwar@gmail.com. [This article first appeared at Counterpunch.]

30 comments for “The NYT’s Out-of-Control Bias”