For decades, Democrats like Republicans have shied away from talking much about poverty, but America’s severe income inequality has made the plight of the poor a national crisis, notes Dennis J Bernstein.

As National Coordinator of the Poor Peoples’ Economic Human Rights Campaign and the founder of the Kensington Welfare Rights Union, Honkala participated a Poor People’s March through the streets of Cleveland at the Republican National Convention and, from her home base in Philadelphia, sought to bring the same issues to the Democratic National Convention.

I caught up with her in Cleveland on July 22 as she was poised to march through heavily guarded streets at the Republican convention “to send a strong message that we are against the racists and inhumane policies of the Republican National Committee, and are outraged at the idea of having Trump or Hillary for president in this country.” 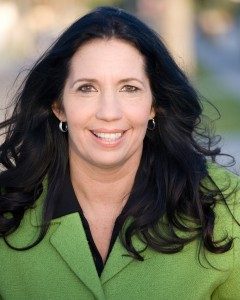 Dennis Bernstein:  What kind of a president do you think Trump would make? How do you think he would impact on the poor?

Cheri Honkala:  Well, […] in all seriousness, if Trump becomes our president, we have to begin to get serious about organizing soldiers across this country to organize the New American Spring. Because we are currently not surviving in this country. And if either Trump or Hillary are elected, we’re in big trouble.

DB:  You’re about to lead this march…in Cleveland. Could you talk about what are some of the multiple struggles that poor people face, that you represent? What are the kinds of everyday struggles we’re talking about now?

CH:  Well, a big thing that we’re dealing with now is the nonprofit industrial complex, where many mega-organizations are getting multi-million dollar budgets and still can’t find ways to house poor people in this country. And it’s a question of greed.

And we need so many things. Healthcare– we need single payer healthcare in this country. Most everybody I know, they are missing all of their back teeth because they had them pulled because they can’t afford the dentist. Our children can’t afford glasses. Adults are also going without glasses. I know somebody who had potential bladder cancer and the public health clinic didn’t pay for that.

Most everybody I know in Kensington [neighborhood in Philadelphia], especially single males, are living on less than two dollars a day, but sometimes go weeks without a dollar. So, there’s just no way to give justice, to describe what people are having to live with.

Not to mention that both of these major parties have allocated millions of dollars to add to the police state. And we continue to see young black lives shot down around this country, and we cannot sit by just as spectators and watch these things.

I’m very hopeful because I know that, as a mom, mothers out there, they love their kids. And they’re not going to settle for a lower standard of living. It’s inhumane and non-Christian. We’re going to rise from the ashes and we’re going to change this thing around.

DB:  Could you talk a little bit about the way in which things seem to be progressing against the poor? Many people who have been dealing with the authorities, in recent years, around poor and homelessness find there’s a move to really criminalize the poor, in a formal way. Could you tell us about that?

CH:  In the 80’s, you know, there was actually like a little bit of consciousness, [it was] kinda trendy. But now, if you’re a poor person and you’re homeless and you’re on the corner and you put up a sign, you’re pretty much going to get a brick thrown at your head. They institutionalized the institution under the other Clinton, Bill Clinton, they ended welfare as you know it. And like in my neighborhood, the number one source of income used to be welfare, and now the number one source of income is drugs. And so if peoples’ lives are not exploitable, they’re expendable.

And this is not the kind of world that I want for my children. And I say world, because I also care what’s happening to the poor around the entire world. It’s not okay for us to just focus and think about and focus on the poor here in this country. Whoever becomes president in our country is going to have impact on poor folks throughout the world. And, I’m tired, I’m tired of having a Democrat or a Republican continue to bomb and kill people around the world. I think it’s time that we nurture and we give birth to an independent political party in this country.

It’s no secret that I was Jill Stein’s running mate in 2012. She’s being totally blacked out by the media. But I’m happy to see all the Bernie supporters that are flocking to Dr. Jill Stein, because people understand that we’re never going to change the position of the poor in this country if we continue to support Pepsi or Coke. And so we need to give our children more than corporate controlled political parties.

CH:  Yeah, just the other day in Philadelphia there was a ten year old little boy that died from a bowel obstruction. And he died because the Department of Human Services Child Protection had its certificate taken away, because of the horrible conditions that foster kids are living in, in Philadelphia. And so there’s people taking kids away from moms and then not monitoring the conditions that they’re living in. And it was a ten year old little boy’s life. He didn’t have to die.

And so, in my community, you’re seeing whole segments of people that are permanently unemployed. And, I guess, it’s really true what’s happening with electronics and technology, that people, labor is totally being replaced. You know, I respect the fight for 15 across the entire country, but the corporations have been busy having different automations so that they can replace even fast food workers. So we’ve got our work cut out for us. Either we take charge of our country or the corporations are going to take charge. And that’s as simple as it gets.

DB:  And, you’re about the lead this march in Cleveland…

CH:  In about 5 minutes; People are signaling for me to get off the phone.

DB:  We appreciate your time. Before we say goodbye, tell us about your response to the massive show of force by law enforcement. Do you feel intimidated by the level of police, and various military forces that are there?  Will you go ahead in spite of all kinds of threats that we hear about now?

CH:  Yes, we should not be ruled by fear. It’s time to determine what we do in our lives and, as they say, we have to rage against the machine and go forward and take our country back. And that’s what people in front-line communities are planning to do.

DB:  And you’re serious, you find no difference between a Hillary Clinton and in a Donald Trump when it comes right down to the issues that affect the poor and disinherited in this country and around the world?

CH: Yeah. It’s going to be a painful process, but it’s time. All what we have to do is think about the poor that are dying in other parts of the world, and it’s very clear to us that our solidarity goes beyond the borders of this country. But that we actually care about what happens to families across the entire world. And so that means to not have somebody that supports war as our next president. And so I’m not with her.