The Brexit vote delivered a sharp rebuke to the cumbersome E.U. bureaucracy and the Establishment in general, but it won’t solve the problems facing the U.K., Europe and the planet, writes ex-CIA official Graham E. Fuller.

What an irony that Great Britain should be the one country in the world to deliver what could be the coup de grâce to the modern European order and to a meaningful Atlantic relationship. It is incredible that the population of the U.K. should have so thoughtlessly lurched into such a breathtakingly regressive, ignorant, narrow-minded and destructive act in our contemporary world.

However good the 52 percent who voted in favor may feel about torpedoing this major experiment in the making of a new European world order, their heads are firmly implanted in the sand (if that is what it is) as to what the realities of contemporary global currents are. These realities come with our modern world. Disliking them will not make them go away. 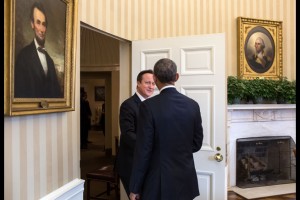 First, widespread large-scale immigration, both legal and illegal, is going to characterize all the rest of this century at a minimum. Destructive wars (including those launched by the U.S.), civil conflicts, environmental degradation (with some degree of Western responsibility involved), disease, health crises, lack of education, corruption, instability, bad governance, and the magnet pull of countries in the world that do work somewhat successfully — all of this will drive the refugee flow predictably year after year. It cannot realistically be physically stopped.

This is, in fact, the number one global security issue: only by taking bloated Western military budgets and applying large hunks of that money to some alleviation of conditions in the developing world can anybody begin to treat the problem at its source. Forget the beautiful walls, border guards, ramped-up sea patrols, or buying off Turkey to be a holding pen. Leaving the E.U. will not, in the end, make a whit of difference in shielding the U.K. from these realities as long as the U.K. is going to be part of this world and compelled to partake in much of our common human agony.

Second, “taking our country back” is an unthinking, lame and simple-minded cliche. Anyone can, and will, utter it. Scotland will likely now “take its country back,” and so will Chechnya and Quebec, maybe Texas and California. Or Quebec and eastern Ukraine, or the Uighurs of China in Xinjiang. Or all the Kurds of the Middle East. The list is literally endless. What is a “country” and who is taking it back? And from whom, and in whose name, and over whose objections? And by what means? Five hundred new nations, anyone?

Third, globalization is a reality. It can’t be stopped. It consists of airlines, and internets, and global banking systems and communications. It is a very mixed bag; it is by no means an absolute good. Apart from its demonstrable benefits for many, globalization also has real downsides; it hurts many, including in the industrial world.  And it threatens local cultures and autonomies. But no country can stop the process.

When foreign labor is ever cheaper than Western labor, when Asian and other societies are proving just as technically adept as Western ones (if not more so), and when robotics are replacing much unskilled and even skilled labor, what will the Western workforce do? There are some partial answers to this — increased social services and niche industries among other things. But Brexit will not solve this global problem of globalization. It represents the highest and ultimate form of capitalism if you will.

Fourth, broad voluntary regional political associations are the wave of the future if we are serious about the need to diminish the likelihood of (nuclear) war. The E.U. demands that its members accept the principle that war among themselves in pursuit of national interests is “unthinkable.” That is a strong but vital word. Europeans well understand the reason why after having run what may be the bloodiest continent in human history in terms of numbers killed in wars.

The E.U. represents the best hope humans have put together so far — in just a limited but important region admittedly — to abolish war. Yes, the United Nations remains a noble aspiration and a work in progress, but cannot yet boast of consistent accomplishment. To abandon the E.U. association that has delivered seven decades of peace is retrogressive — maybe even immoral.

Fifth, the E.U. is not a finished turn-key project, but a work in progress. British are churlish to scuttle this unique human experiment in its relatively early history of developing its political and economic vision. Of course there are things wrong with the E.U. Where aren’t there things wrong with large political orders? Is the U.S. a model? Russia? China?

The E.U.’s unelected bureaucracy certainly deserves trimming, rethinking, and reining in some of its excesses. But you don’t kill it to solve shortcomings. Political orders are delicate constructs, hard to build, easy to bludgeon. Is the E.U. incapable of further change and reform that it should be abandoned?

Six, increasing regulation is the order of the future. While legitimately irksome to libertarians and individualists, modern societies are aware that nearly all fields of human endeavor require increasing and detailed regulation: health, hospitals, medicines, food, construction safety, highways, guns, vehicle safety, child care — the list goes on. The list will never get smaller. Most people are demanding more regulation in these fields and not less.

All modern societies will increase regulation of everything as the world grows more crowded and social orders more complex and vulnerable. Eat your heart out, international cowboys, but we don’t live on the frontier anymore. You may love to hate Brussels, but fix it, don’t kill it.

These, then, are some of the most obvious features and growing realities of our modern world. We don’t have to like them, but there we have them. They are in the nature of the beast of the modern international order; they are not going away. Growing populations will increase all of them. And British Brexiteers are not going to change any of that one iota. Nor can they truly shield themselves.

The U.K. will, however, become increasingly irrelevant in sharing in the common human undertaking of trying to build better and more rational structures to live together on this fragile planet.

42 comments for “The Feel-Good but Misguided Brexit”