Distraught over the likely choice of Trump or Clinton, many Americans are thinking about third parties or write-ins, but the process is harder than one might expect, like much else about the U.S. electoral system, notes William John Cox.

With the increasingly likelihood of a presidential contest between the generally despised Hillary Clinton and Donald Trump, millions of angry voters are considering protesting the lineup by either sitting out the election or writing in alternatives.

With almost one-third of all eligible voters already failing to participate in elections, a greater abdication of voting responsibility in an election between the lesser of two evils could lead to a tyranny of the minority. On the other hand, by carefully writing in the names of their true choices, voters can exercise the only power available to them. If sufficiently widespread, such a protest could have a lasting effect on the course of the nation, including the abandonment of the two major political parties and the emergence of new — more relevant — alignments. 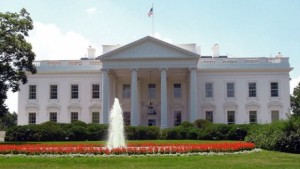 The beauty of a massive write-in protest vote is its bipartisan appeal. There may be as many “Never Trump” Republicans unwilling to hold their noses and vote for Donald Trump, as there are progressive Democrats who are proclaiming “Bernie or Bust” in their opposition to Hillary Clinton. Even those voting for Libertarian and Green Party presidential candidates, in states where they are not qualified, might consider doing so by writing in their choices.

The only problem is that — with the control of voting left up to the states by the Constitution and with tabulation taking place on the local and county level — most write-in votes would not be counted.

Under state laws, political parties must “qualify” for their candidates to be listed on the ballots and counted. The two major parties are qualified in every state, but the Libertarian Party candidates will appear on the ballots in only 33 states, the Green Party in 21, and the Constitution Party in 13.

Even after the end of this year’s political conventions and the statutory period to qualify for the ballots in individual states, steps could still be taken by alternative candidates, such as Bernie Sanders or an establishment Republican, to register a willingness to accept write-in votes in those states where they are permitted.

All of this could change with the enactment of the U.S. Voters’ Rights Amendment (USVRA), which would finally guarantee that every citizen has the right to cast effective votes in all elections. In addition, the USVRA mandates a national, hand-countable paper ballot in all federal elections, allows write-in candidates for all federal offices, and requires that all such votes be counted.

Moreover, for presidential elections, the ballots would list the 12 most critical questions facing the Nation, compelling all candidates to actually address the true issues. The People would be better informed and empowered to make their own national policy — and to elect representatives most qualified to carry out their policies.

A national policy referendum, in conjunction with presidential elections, would create broad federal guidelines, rather than binding laws. Elected representatives would be expected to carry out the policies and direction of the People, and could be held accountable if they fail to do so.

Rather than responding to billions of dollars in negative advertising about the inadequacies of opposition candidates, a barrage of slick promotional propaganda concealing those deficiencies, and misleading party platforms, voters in the 2016 election should have the power to create policy for themselves.

They should decide whether international trade pacts should be approved; the cap on Social Security withholding taxes should be eliminated; a supplemental national retirement system should be enacted; space-solar energy should be generated to energize the national highways in lieu of a reliance on polluting petroleum products; and whether the crumbling national infrastructure should be repaired and upgraded.

The People should have a direct say about whether the war on drugs should end and private prisons should be prohibited. Those most affected by domestic policies should decide whether everyone has a right to national health care; whether paid maternity leave should be provided; women should have the freedom of choice in childbearing; and everyone should have the right to marry whomsoever they chose. Voters who are smart enough to earn a paycheck and pay taxes are certainly qualified to decide if a national minimum wage should be guaranteed; all existing student loans should be forgiven; the right to education extended through college; and whether military spending should be reduced.

Instead of an income tax disproportionally imposed on salaried workers and small business owners, the People should have the right to decide whether government initiatives are to be paid for by a tiny tax on the movement of all money in the economy, including stock and currency transactions and the financial manipulations of all banks, insurance companies, and other corporations. In doing so, the burden of taxation would be lifted from those who work the hardest and shifted to those who profit the most from our economy.

Those who founded the United States and drafted its Constitution did not trust the vast majority of its citizens to vote. They left voting questions up to the states and established the Electoral College — rather than a majority vote of the People — to elect the president and vice president.

At first, only white males owing sufficient property were permitted to vote, but slowly over the years, others have been allowed to participate. These rights are fragile and can be taken away at the whim of state legislatures — as is being done by the widespread enactment of voting suppression schemes, such as voter identification laws.

The USVRA would eliminate the Electoral College and implement a national popular vote for the offices of president and vice president. It also would establish a uniform presidential primary, limit the length of campaigns, require universal voter registration, and outlaw voter suppression. Finally, it would declare that corporations do not have constitutional rights and that campaign contributions are not the same as free speech.

If America is to continue as a representative democracy, it must transform its government into one that actually represents and cares for those who elect it — rather than the corporations and financial elites who are now paying for election campaigns and bribing the candidates.

The USVRA would provide a constitutional basis for the transformation of the United States government; however, the energy to compel its enactment must come from the incredible power of the pen literally held in the hands of the People.

William John Cox, a retired public interest lawyer, is the author of Transforming America: A Voters’ Bill of Rights.

← Trump Threatens Neocon Policies
A US Hand in Brazil’s Coup? →

21 comments for “Troubles of Anti-Trump/Clinton Write-ins”