Michael Ratner, who died last week, was a champion on behalf of the world’s oppressed, giving the phrase “human rights” real meaning and defying its current propaganda application to justify endless war, as Marjorie Cohn explained at Truthdig.

Legendary human rights lawyer Michael Ratner died last Wednesday. His path-breaking legal and political work on behalf of the poor and oppressed around the world is unmatched. His death is an incalculable loss for the cause of freedom, peace and justice.

The last time I saw Michael was shortly before he was diagnosed with cancer. We were in New York for the annual dinner of the National Lawyers Guild (NLG). Both of us had served as NLG presidents, he during the Reagan years, I during the George W. Bush administration. 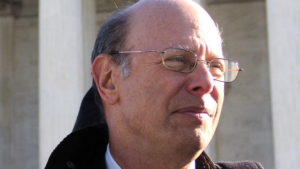 The Five had traveled to Miami to gather intelligence about terrorist plots against Cuba. When they turned over their data to the FBI, they were rewarded with arrests, convictions and incarceration. In Cuba, the Five (“Los Cinco”) are considered national heroes. One of the conditions for the historic détente between Barack Obama and Raul Castro in December 2014 was the United States’ release of the members of the Cuban Five who still remained in custody.

Michael raved about his Cuba trip. A longtime friend and ally of the Cuban Revolution, Michael had first traveled to Cuba in the 1970s. He later co-authored the book, “Who Killed Che?”, in which he and Michael Smith concluded, based on U.S. government documents, that the CIA was behind the assassination.

When Cuba opened its embassy in Washington, D.C., last July, Michael was there. He told “Democracy Now!” host Amy Goodman that “other than the birth of my children, this is perhaps one of the most exciting days of my life. … This is a major, major victory for the Cuban people, and that should be understood. We are standing at a moment that I never expected to see in our history.”

Indeed, Michael will probably be best remembered for his victory in gaining the right to habeas corpus for U.S. detainees held in Cuba at Guantanamo. Michael was lead counsel in the 2004 case of Rasul v. Bush, in which the Supreme Court upheld the right of those detained as “enemy combatants” at Guantanamo to have their petitions for habeas corpus heard by U.S. courts.

The Bush administration had argued that since the detainees were being held on Cuban soil, they had no right of access to U.S. federal courts to challenge their confinement. But the court held that the United States exercises complete jurisdiction and control over the Guantanamo Bay base.

As Justice John Paul Stevens wrote for the majority, “Aliens held at the base, no less than American citizens, are entitled to invoke the federal courts’ authority” under the federal habeas corpus statute.

“We went into court with a very straightforward proposition — that habeas corpus meant every single person detained has a right to go into court and say to the government: ‘Tell me why you are detaining me and give me the legal justification,’ ” Michael wrote in his chapter published in my book, “The United States and Torture: Interrogation, Incarceration, and Abuse.”

Michael also wrote that “[p]reventive detention is a line that should never be crossed. A central aspect of human liberty that has taken centuries to win is that no person shall be imprisoned unless he or she is charged and tried.” Michael added, “If you can take away those rights and simply grab someone by the scruff of the neck and throw them into some offshore penal colony because they are non-citizen Muslims, those deprivations of rights will be employed against all. … This is the power of a police state and not a democracy.”

In his chapter, Michael advocated “accountability by means of criminal prosecutions” of Bush, Dick Cheney, George Tenet and Donald Rumsfeld for their torture program. “Until this occurs,” Michael wrote, “a future president can, with the stroke of a pen, put the United States back in the torture business.”

As David Cole wrote in The Nation, Michael “knew that when you sue the powerful, you will often lose. But he also understood that such suits could prompt political action, and that advocacy inspired by a lawsuit was often more important in achieving justice than the litigation itself.”

Jules Lobel, who followed Michael as president of the Center for Constitutional Rights(CCR), said on “Democracy Now!” that Michael “never backed down from a fight against oppression, against injustice, no matter how difficult the odds, no matter how hopeless the case seemed to be.” Lobel added, “Michael was brilliant in combining legal advocacy and political advocacy. … He loved people all around the globe. He represented them, met with them, shared their misery, shared their suffering.”

As NLG president in the early 1980s, Michael initiated the guild’s challenges to Reaganism, including U.S. interventions in Central America and the Caribbean. When he was president of CCR, he choreographed litigation that essentially ended New York City’s draconian stop-and-frisk policing policy.

Fellow past NLG president Barbara Dudley noted, “Michael leavened his brilliant mind and his creative legal skills with love and humor and an abundant energy. His work, his laugh, his irony and his enduring belief in the revolutionary spirit will live on.”

Vince Warren, CCR’s executive director, called Michael “one of the great justice warriors of our time,” noting that family members said Michael was born with the “empathy gene.”

In 2002, Michael presciently told The New York Times, “A permanent war abroad means permanent anger against the United States by those countries and people that will be devastated by U.S. military actions. Hate will increase, not lessen; and the terrible consequences of that hate will be used, in turn, as justification for more restrictions on civil liberties in the United States.”

We will not see the likes of him again.

Marjorie Cohn [http://marjoriecohn.com/] is a professor at Thomas Jefferson School of Law, former president of the National Lawyers Guild, and deputy secretary general of the International Association of Democratic Lawyers. Her most recent book is “Drones and Targeted Killing: Legal, Moral, and Geopolitical Issues.” Follow her on Twitter at @marjoriecohn. This article first appeared on Truthdig [http://www.truthdig.com/report/item/michael_ratners_death_is_a_loss_for_freedom_peace_and_justice_20160516].