The determination beyond reasonable doubt of the presidential nominees of each of the two major political parties has invited much analysis of what a Clinton-vs.-Trump contest means in terms of larger political fault lines. Robert Merry’s view of the election in terms of globalism and nationalism is an example. But the contest also is part of a larger pattern not only in terms of issue preferences that these two candidates represent but also in terms of the qualities that these individuals would bring to the presidency.

Much of what any president does in office cannot be programmed in advance and cannot be derived from positions on issues enumerated in a campaign or party platform or expressed in a campaign speech. Much of the important things a president does derive instead from the experience, intellect, instincts, and values that he or she brings into the job and that in turn are based on that individual’s background.

In that respect one of the most glaring attributes of presumptive Republican presidential nominee Donald Trump is that, were he to become president, he would be the only president in the history of the United States to have entered that office with no prior public service. Every U.S. president to date, from Washington through Obama, has either held elective office at the level of at least the U.S. Congress or governor of a state, or been appointed to public office at the level of the federal cabinet, or been a senior military officer at the level of a general who has commanded major campaigns.

Many U.S. presidents have combined two or more of these qualifications. Not only has Trump been none of these things; he doesn’t even have any junior-level experience, civilian or military, that has anything to do with public service.

Even within the private sector, Trump’s background does not extend to the sorts of decision-making situations that would confront, say, the chief executive officer of a large, well-established corporation.

Instead, Trump’s career, apart from his flings at presidential campaigning, has almost exclusively been about deal-making aimed at personal enrichment and enhancing recognition of the Trump brand name. Against the backdrop of U.S. history and past U.S. presidents, Trump’s personal qualifications are breathtakingly narrow and shallow, and his endeavors inwardly oriented.

High public office entails demands that are different in several important respects from even the most difficult and remunerative endeavors in the private sector. One difference involves not being able to pick the business lines one will pursue or the problems one will solve. The problems tend to impose themselves, especially though not exclusively in foreign affairs.

When making deals about building resorts or naming golf courses, the deal-maker works with a particular situation because he thinks there is profit to be made there; if there isn’t profit to be made, he just looks somewhere else to do business instead. The occupant of the Oval Office has nothing like that sort of freedom to choose what problems to handle.

Another major difference involves having to deal with multiple and conflicting constituencies and interests — which is intrinsic to the art and skill of politics. The CEO of a major corporation gets into this somewhat, in the sense of having to deal with labor and customers as well as shareholders, but even there a bottom line of shareholder value (or executive suite value) predominates.

Juggling commercial balls is not like juggling political balls, given the fundamentally different sorts of claims for consideration from would-be stakeholders. And for a wheeler-dealer financial engineer, multiple constituencies need not be involved at all.

We also should consider the basic dimension of the public interest versus self-interest, and where the values of an individual really lie as indicated by past life choices. Of course, public office as well as private sector pursuits can be used as a vehicle for pursuing blind personal ambition — for a good portrait of a current example, see Frank Bruni’s take on Ted Cruz. But complete absence of any public service is itself a strong statement about this dimension. 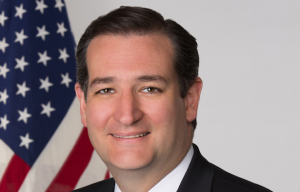 As with other aspects of the Trump phenomenon — such as the xenophobia, the misogyny, and the wall-building nationalism — Trump’s success in this election campaign reflects larger attitudes, be they those of angry white men or something else. As many commentators have observed, some of the most prominent themes that Trump has ridden to the nomination had already been nurtured and ridden, sometimes in slightly different and less crude form, by others — especially within the Republican Party, and in that sense the party deserves to get Trump as its nominee.

We hear the rejection incessantly in the form of the “government bad, private sector good” mantra that takes innumerable forms every day on Capitol Hill, from bureaucrat-bashing to ignoring crying needs that can only be answered by a larger government program — such as repairing debilitated transportation infrastructure, of which anyone who rides Washington’s maintenance-deferred, and frequently breaking down, Metro system to work is acutely aware.

We have seen other manifestations of the same set of attitudes from other candidates in this year’s Republican race. There is Cruz, who even before his inane call to abolish the IRS (so then who collects taxes?) had devoted his tenure in the Senate to trying to shut down government rather than trying to make it work better. There is Marco Rubio, who even before his presidential campaign got rolling, had lost interest in doing his senatorial job and in working at it full time for six full years on behalf of the constituents who had elected him to do so.

And speaking of senators doing or not doing their jobs, there is of course the willful crippling of the Supreme Court for at least a year by the majority party in the Senate refusing to consider President Barack Obama’s nomination to fill a vacancy.

Aspects of these attitudes, voiced as they are so incessantly from one side of the political spectrum, have cultivated corresponding attitudes in the larger American population. Heroes to the American public do not tend to be, as they once were, those who made exceptional sacrifices or performed exceptional deeds on behalf of the public good. Today they are at least as likely to be successful entrepreneurs — someone such as, say, Steve Jobs — who are admired for some combination of their financial success and the way they have satisfied us not as citizens but as consumers. 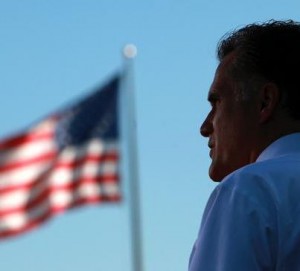 We have seen a slight foreshadowing of the Trump phenomenon in the presidential nominations in the most recent years. Consider the two Republican opponents who ran against Barack Obama. In 2008 it was John McCain, a senior senator and a war hero. In 2012 it was Mitt Romney, who — although his single term as governor of Massachusetts would have kept alive the unbroken string of public service experience among U.S. presidents — has devoted the rest of his career to being a private equity artist. i.e., a financial engineer, making deals to turn profits without a public interest being served, very much in the manner of Trump’s dealings. Trump brought this mini-trend full circle last year with his disgraceful comments in which he said McCain was not a war hero but a loser.

The rejection of a sense of public spirit, and with that rejection the associated attitude that government is always a problem and never part of the solution, inflicts immense damage on the public good, even though much of that damage is less apparent than the condition of Washington’s Metro.

President Ronald Reagan, delivering his Inaugural Address on Jan. 20, 1981, in which he declared, “government is the problem.”

Or sometimes it only becomes apparent when the damage becomes great enough to cause a crisis, as it has recently with the contamination of the public water supply in Flint, Michigan. Efforts of Republicans in Congress to deflect blame away from the Republican governor whose administration had taken control of the city and aim it instead at part of the despised federal bureaucracy, the Environmental Protection Agency, ignored how Congress had intentionally legislated away the power of EPA to do much in such situations.

President Obama, who visited Flint this week, spoke accurately about the “corrosive attitude” that opposes government investments in public infrastructure. “It’s a mind-set that says that environmental rules designed to keep your water clean or your air clean are optional or not that important,” Mr. Obama said. “That attitude is as corrosive to our democracy as the stuff that results in lead in your water.”

People focused on making fortunes in the private sector should reflect on the lesson provided by Jacob Hacker and Paul Pierson in the most recent Foreign Affairs, in which they explain, “It was the emergence in the first half of the twentieth century of a robust U.S. government willing and able to act boldly on behalf of the country as a whole that led to spectacular advances in national well-being over many decades.”

Steve Jobs was a terrific innovator, but look inside that iPhone that helped make him a hero, note Hacker and Pierson, and “you’ll find that most of its major components (GPS, lithium-ion batteries, cellular technology, touch-screen and LCD displays, Internet connectivity) rest on research that was publicly funded or even directly carried out by government agencies.”

The authors sadly note that “it has been the withering of government capabilities, ambitions, and independence in the last generation or two that has been a major cause of the drying up of the good times” that had prevailed in particular during the first three decades after World War II.

The dominant public philosophy in the United States about individual citizens’ relationship with their nation and their government has experienced a big turn for the worse in the half century since John Kennedy was urging citizens to ask what they can do for their country rather than what their country can do for them. The nomination by a major party of someone who has done nothing for his country and instead boasts of an ability to make money-making deals is a culmination of this terrible trend.

Donald Trump has exploited that trend, but there are many others who share responsibility for the trend and continue to exert their malign influence on American attitudes today.

← The Secret Behind the Yemen War
Price for Witnessing Against War →

34 comments for “Dangers from Hating Government”