American “heroes” often were hailed in their time but are viewed differently through the lens of history, as is happening to racist presidents Andrew Jackson and Woodrow Wilson, notes Lawrence Davidson.

It seems as though some of the heroes of the United States are losing their bright reputations. It’s just as well, for they are really bad examples for us all. Of course, you might ask, if that is the case, why were they heroes in the first place?

Part of the reason might be that the negative nature of their attitudes and actions was simply not widely known, owing to both the primitive state of communication and the prevailing racist ideologies of their times. 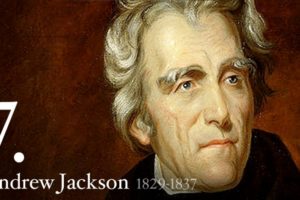 Because conditions and outlooks change, the status of many heroes is provisional – admired in a specific place and a relatively limited time. The American heroes I am thinking of may well have seemed exemplary for their day. However, by today’s standards those times were marked by open bigotry and imperial/colonial ambitions. Let’s hope that we are outgrowing such attitudes.

Consider past luminaries associated with political office and the exercise of power. Despite their celebrated actions, their social attitudes are anathema by modern standards. Thus, while some may still see them as heroes, others certainly have come to see them as scoundrels. That is not the sort of balance that promotes a permanently heroic reputation. Standards change and so does the balance of perceptions.

Against this background let’s take up the recent challenges to the hero status of two past U.S. presidents:  Andrew Jackson and Woodrow Wilson.

Andrew Jackson (1767-1845) was the seventh U.S. president, serving from 1829 to 1837. His fame is based on misleading legends and the fact that his face has been on the $20 bill since 1928 (which is ironic, because Jackson always opposed the issuance of paper money).

There are two deceptive beliefs about Jackson that have fostered his “great man” image. One is that he was the “common man’s” president, a notion that grew up largely because he was the first president to come from west of the Appalachian Mountains – an area that was then thought of as the “frontier.”

Actually, while born poor and orphaned during the Revolutionary War, Jackson became a wealthy man by the age of 30, lived in a rural mansion on his Tennessee cotton plantation and owned hundreds of slaves, from whose labor his wealth derived. This made him the sort of “self-made man” Americans love to admire.

The second deceptive belief is that he was a great soldier. This is based on his bloody victory at the Battle of New Orleans at the end of the War of 1812, and his brutal campaign against the Indian tribes along the Florida border.

Actually, Jackson’s victory at New Orleans had much more to do with his opponent’s misjudgments and fatally out-of-date tactics than his own military skills. The British marched their men straight toward the American defenses in an open fashion developed for the Napoleonic Wars. They allowed themselves to become overly exposed and this led to the disproportionate number of British casualties when compared to those of Jackson’s forces.

Jackson’s subsequent behavior as the officer leading the campaign against Seminole and other Indian tribes was characterized by genocidal brutality and insubordination. He consistently disobeyed the orders of his superiors.

Nonetheless, all of this helped earn him the presidency in 1829 and, a hundred years later, a place on the $20 bill. However, the real Andrew Jackson was a racist and the Nineteenth Century equivalent of a “thug in a suit.”

He saw himself above the law, which is always particularly dangerous for a democratic leader. This was most clearly seen in his very public disregard of the Supreme Court’s decision favoring the right of the Cherokee Indians to remain on their land in the state of Georgia. Jackson ignored the decision despite its having the force of law, and used the U.S. Army to forcefully remove the Cherokees – not the last time a president would make himself a criminal to much popular acclaim.

There are still some today who protest against any public  airing of these accusations, calling them “libels against Old Hickory.” However, that has not prevented a reexamination of Jackson’s hero status, and as a result, the man’s true nature and actions are being met with the condemnation they deserve. By 2020 Jackson’s face will no longer appear on the front of the $20 bill. He will be demoted to the bill’s reverse side.

Woodrow Wilson (aka The Schoolmaster)

Woodrow Wilson (1856-1924) was the 28th president of the United States, serving from 1913 to 1921. He was also president of Princeton University from 1902 to 1910 and governor of New Jersey from 1911 to 1913. His fame is based on the flawed notion that he was a great champion of democratic government. After all, he led the United States into World War I to “make the world safe for democracy.” 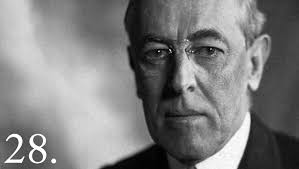 There was only one very big problem with Wilson’s conception of democracy – it was a deeply racist one. As it turns out Wilson was a Southerner transplanted to the U.S. North. He was born in Virginia and spent a good part of his formative years in Georgia and South Carolina. Not all white Southerners of his time and class were racists, but Wilson certainly was.

There is plenty of evidence for Wilson’s racist state of mind. Here are some examples: as president of Princeton, he refused to allow the admittance of African-American applicants; as president he refused demands to desegregate the U.S. military (desegregation was finally achieved under Harry Truman in 1948); also, while attending the Paris Peace Conference he restricted his famous World War I pledge to support national independence and democratic government for all the peoples of the defeated Central Powers (the German and Ottoman empires) to the white populations of eastern Europe. He thus abandoned the peoples of the Middle East to the imperial rule of Britain and France.

But times have changed. In November 2015, Wilson’s racist legacy finally broke into the open when Princeton University’s African-American students, seeking an improved racial atmosphere on campus, occupied the university president’s office. Among their demands was that Wilson’s name be removed from campus buildings, a mural depicting him in one of the university dining halls be removed, and that the name of the Woodrow Wilson School of Public Policy and International Affairs be changed. So far, Princeton has agreed only to remove the mural. But that at least is a beginning.

There are plenty of other U.S. heroes of political renown and aggressive poor judgment, such as Teddy Roosevelt, the 26th president of the U.S., who, while founding U.S. national parks and wildlife preserves, managed to find time to help engineer the Spanish-American War and the imperial seizure of Cuba and the Philippines.

More recently there was John Kennedy, the 35th president of the U.S. He was handsome and young and, in the early 1960s, inspiring of the nation’s youth. However, he initiated the catastrophic U.S. intrusion into Vietnam and, taking up Teddy Roosevelt’s mantle, launched his own invasion of Cuba.

You might argue that all of the above were men of their times, and you would have a point. However, conditions have changed and with them laws and mores. Today’s professed standards of behavior really demand that we start questioning the appropriateness of these figures as national heroes. Their demotion will, hopefully, help us maintain a more humane and principled standard for our times.

All this means that we are in need of newer, more culturally and historically relevant heroes. Men and women such as Martin Luther King, Nelson Mandela, Desmond Tutu, Albert Einstein, Susan B. Anthony, Rachel Carson, Angela Davis, Cesar Chavez, Daniel Berrigan, Noam Chomsky and Daniel Ellsberg, to name but a few.

Certainly one may be able to find skeletons in the closets of these people, but they will not override the humanitarian achievements that make them relevant heroes for our time.

Each of us should give serious consideration to the promotion of new heroes. And, the resulting lists can be easily customized to one’s own ideals and goals. With such an effort we help define ourselves and help make our time better than a very flawed past.

← Israel Wants More from US
Thank You, Readers! →