The “bomb-bomb-bomb Iran” caucus is back at it demanding continued sanctions on Iran despite the tight constraints on its nuclear program, another scheme to kill the deal, as ex-CIA analyst Paul R. Pillar explains.

Attention has increased recently on sanctions against Iran and relief from sanctions under the terms of the agreement, known as the Joint Comprehensive Plan of Action, to limit Iran’s nuclear program. As usual whenever this set of subjects comes up, commentary in the United States reflects different agendas, some of which are not congruent with U.S. interests or the interests of international security.

Also as usual, there is much exploitation of misunderstanding of what economic sanctions can and cannot do.

Relief from sanctions clearly was an important part of getting Iran to agree to the severe restrictions and unprecedented degree of international monitoring and inspection provided for in the JCPOA. Although Iranian leaders evidently had already decided that their country faced a better future as a state without nuclear weapons than as a nuclear-armed pariah state — and their acceptance of the agreement would make no sense if they had not so decided — they would not have signed on to an agreement as far-reaching as the JCPOA, which subjects Iran to limits and scrutiny beyond what any other country is subjected to, unless significant relief from the economic punishment of sanctions were involved.

The sanctions relief and prospective economic improvement were a critical part of the case that President Hassan Rouhani and Foreign Minister Mohammad Javad Zarif made to sell the agreement to skeptics and opponents in Tehran.

In short, if you want the kind of restrictions on Iran’s nuclear activities that assure there will be no Iranian nuclear weapon, then significant relief from sanctions, with the economic improvement that comes from that relief, is necessary. Besides, getting Iran to agree to restrictions on its nuclear activities was what the sanctions in question were supposed to have been about to begin with.

It was only after those who are determined to kill the agreement were scrambling for every rhetorical weapon they could use against it that we started hearing about supposed additional reasons to keep sanctions in place that were not part of their original purpose of curbing the Iranian nuclear program.

And anyone who doubts that significant sanctions relief is needed to achieve that purpose need only recall the years of fecklessly piling on ever more sanctions, in the absence of any negotiations offering a channel for relief from those sanctions — years that failed to bring about any positive result on the Iranian side as the Iranians continued to expand their nuclear program and to enrich ever more uranium.

A reason for renewed attention to the issue right now is that, even though Iran promptly complied with its obligations under the JCPOA regarding curtailment of uranium enrichment and all of the other measures it was required to take under the agreement, it has yet to see significantly increased trade and investment despite the formal removal of the nuclear-related sanctions by the United States when the agreement was implemented earlier this year.

The chief reason Iran hasn’t seen such improvement concerns the size, complexity and outright ominousness of the structure of sanctions that have been erected against it over the years. If the purpose of that sanctions edifice was to scare foreign commercial and financial institutions away from doing business with Iran, it has served that purpose very well.

The prospect of heavy fines from the United States and of being shut out of the U.S. financial system — the system that owns the currency that is still the world’s principal reserve currency and in which much international trade is denominated — has scared stiff foreign institutions, especially European banks that might otherwise be involved in facilitating payments for trade with Iran.

They are still scared. Even though U.S. officials have traveled abroad to instruct the foreigners on exactly what changed with implementation of the JCPOA and what is and is not allowed today, the complexities of this system of sanctions piled upon sanctions still engenders fear of inadvertently stepping over a line into what is impermissible.

As a matter of business risk, the risk of accidentally taking that step and getting hit with more huge fines and exclusion from the United States appears greater than the reward from engaging in any new business with Iran.

This case illustrates how whatever leverage and influence the United States may get from economic sanctions depends in equal importance on two things: not only the punishment that occurs when another government does not conform with U.S. wishes, but also relief from that punishment when it does conform. Without assurance of the latter, there is no incentive for the other government to change its policies.

Thus the formidable sanctions edifice aimed at Iran that has been so laboriously erected over the years, with the U.S. Congress repeatedly enacting legislation on the subject as it strains to find additional Iranian things to sanction, is reducing, not increasing, U.S. influence. It has taken away, at least partly, the ability of the United States to induce changed behavior through the prospect of economic relief. 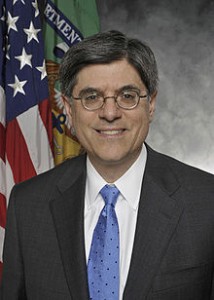 The fears and complications involved in the United States imposing such onerous arrangements on the dollar-denominated financial system may, as Secretary of the Treasury Jacob Lew has warned, also hasten moves away from international use of the U.S. dollar, and that would further reduce U.S. global influence in numerous ways.

Even if that were not to happen, it should not be surprising if the next country to be sanctioned by the United States, regardless of the issue, were to react by observing that it has no reason to change its policies because, just as with Iran, it cannot expect its sanction-damaged circumstances to change much even if it does change its policies.

There is significant danger that the Iranians themselves may get sufficiently fed up with the West not living up to its side of the bargain that renunciation of the agreement becomes possible. Or at least Rouhani and the political forces allied with him will find it increasingly hard to answer the Iranian skeptics who question with good reason whether Iran is getting anything out of the agreement; the hardliners in Tehran will be strengthened, and the chance of renunciation will increase.

Of course, collapse of the agreement is exactly what hardliners on the U.S. side, some of whom are complaining today about even the modest steps that the administration is taking to assuage unfounded foreign fears about the consequences of dealing financially with Iran, would like.

As has been true all along with such opposition, the opponents need to be asked how collapse of the agreement, which would mean an end to the special scrutiny of the Iranian program and to the special restrictions on Iranian production of fissile material, would be in the interests of the United States and of international security.

It clearly would not be; the motivations of opponents have much more to do with the desire to deny Barack Obama a significant foreign policy achievement and/or to stay in line with the wishes of an Israeli government that wants to keep Iran as a perpetually ostracized bête noire.

The drawbacks and misuse of much of the sanctions regime against Iran are grounded as well in how much over time the sanctions have come to be treated as if they were an end in itself, as if any economic pain felt by Iran is ipso facto a gain for the United States, which it is not. The direct economic effect on the United States itself of U.S.-imposed sanctions is negative.

All sorts of misleading statements, such as from Ed Royce, Republican chairman of the House Foreign Affairs Committee, are currently being applied to the issue of sanctions and Iran. Royce doesn’t like that the Obama administration is even considering issuing further clarifications to foreign banks indicating that — while Iran itself and all of its banks still would be firmly shut out of the U.S. financial system — it is permissible for other foreign banks to handle dollar-denominated transactions that involve now-allowed trade with Iran.

That clarification, Royce asserts, would be “above and beyond the agreement — in return for nothing.” No, it wouldn’t. The partial opening of the Iranian economy to trade and investment that is part of relief from nuclear-related sanctions is fundamental to the agreement. And what it is in return for are all those extraordinary limitations and the intrusive international monitoring that Iran agreed to in the JCPOA.

The editorial writers of the Washington Post go in a similar direction, describing the financial clarifications as “waffling,” although they concede that “there’s logic” that such action may be needed to comply with the spirit of the nuclear agreement.

But then they, like Royce, try to drag in other matters on which we don’t happen to like something Iran is doing, with particular reference to test firing of ballistic missiles. Attempts at such linkage, besides impeding the full carrying out of the spirit and letter of the U.S. side of the agreement that made the nuclear restrictions possible, also fly in the face of the reality that the only way to arrive at such restrictions was for all the negotiating parties to focus explicitly on the nuclear issue and nuclear-related sanctions.

If one party or the other had started inserting other issues then there would have been no end to each side throwing its preferred issues on the table, and today there would be no agreement and no restrictions on the Iranian nuclear program.

As far as ballistic missiles are concerned, the attempts at linkage also fly in the face of the reality that — given the ubiquity of such devices, the wide variety of them used in conventional warfare including down to the battlefield level, the substantial missile capabilities of some of Iran’s neighbors, and the fact that Iran has suffered significantly from past use of neighbors’ missiles — Iran is never going to give up missiles.

There are possibilities for placing useful negotiated limits on ballistic missiles, such as limits on the range of the weapons, although for any such negotiations to succeed they probably would have to include other parties in the Middle East besides Iran.

This is another respect in which the Post, Royce and other members of Congress who have been talking lately about missiles and more sanctions on Iran are not proposing anything that has any chance of doing any good, regarding missiles or anything else. They say nothing about exactly what Iran would have to do to avoid or end such sanctions, let alone about the realistic prospects for such incentives to work in changing any Iranian policies. They propose no negotiations that would offer a way out of the sanctions.

Sanctions kept in place in the name of missiles — either new sanctions designated with that name, or a de facto continuation of the nuclear sanctions because of the fear among international bankers about accidentally crossing lines — would be another feckless statement in which we would be saying, “we don’t like what you’re doing, so we will inflict pain on you indefinitely.”

Such a gesture would be just as ineffective in changing any Iranian behavior as were all those years of imposing more and more nuclear sanctions without offering any negotiated way out, as the Iranians just kept spinning more and more centrifuges and enriching more and more uranium.

6 comments for “The Danger of More Iran Sanctions”