The Republican presidential campaign has reached new lows for crassness, but Michael Winship sees something more sinister lurking in the ugliness.

For a politician or a journalist, there was a time when citing the classics — as long as it wasn’t done in a pedantic or pompous manner — was a mark of wisdom and experience. If a candidate or reporter does it today, there’s a good chance they’ll be trolled and ridiculed for high-handed pretension. Cue Donald Trump shouting, “Loser!”

But in April 1968, there stood presidential candidate Bobby Kennedy, speaking to an inner city crowd at the corner of 17th and Broadway in Indianapolis. He had just told them the horrific news that Martin Luther King, Jr., had been assassinated. People fell to the ground in shock and despair, others angrily shouted for violence and revenge.

He quoted Aeschylus, the poet and dramatist of ancient Greece:

Even in our sleep, pain which cannot forget

falls drop by drop upon the heart,

until, in our own despair,

through the awful grace of God.

Kennedy concluded, “Let’s dedicate ourselves to what the Greeks wrote so many years ago: to tame the savageness of man and make gentle the life of this world. Let us dedicate ourselves to that, and say a prayer for our country and for our people.” That night, Indianapolis was one of the American cities that did not erupt in bullets and bloodshed.

Fast-forward to 2016. If, as the saying goes, campaigning is poetry and governing is prose, this year’s GOP presidential race has degenerated into a cheesy, dirty limerick. There’s Donald Trump insulting the size of Marco Rubio’s mouth and ears, and Rubio making fun of Trump’s spray tan and small hands. Not exactly the age of Aeschylus, is it?

Hard to imagine Trump pulling this off on a street corner before an angry black crowd in Indianapolis. (And remember it’s coming from a man who knows damn well who David Duke is; back in 2000, Trump said he abandoned a possible run for president on the Reform Party ticket in part because one of its members was “a Klansman, Mr. Duke.”)

It’s all enough to make you book the next boat to Nova Scotia. As Evan Osnos writes in the current New Yorker, “There may be no better measure of the depravity of this campaign season than the realization that it’s not clear whether Trump’s overt appreciation for fascism, and his sustained salute to American racists, will have a positive or negative effect on his campaign.” 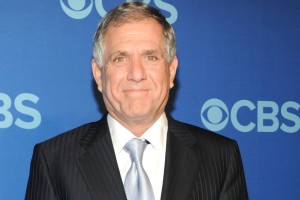 Then this, from hardworking journalist Lee Fang at The Intercept: “Les Moonves, the chief executive of CBS, celebrated Donald Trump’s candidacy for the second time on Monday, calling it ‘good for us economically.’ Moonves… described the ‘circus’ of a presidential campaign and the flow of political advertising dollars, and stated that it ‘may not be good for America, but it’s damn good for CBS, that’s all I got to say.’

“‘So what can I say? The money’s rolling in, this is fun,’ Moonves continued, observing that the debates had attracted record audiences. The CBS media executive also riffed briefly about the type of campaign advertising spending produced by such a negative presidential campaign. ‘They’re not even talking about issues. They’re throwing bombs at each other and I think the advertising reflects that.’

“Moonves added, ‘I’ve never seen anything like this and this is going to be a very good year for us. … It’s a terrible thing to say, but bring it on, Donald, go ahead, keep going.’”

Of course, this is not the first time that Moonves has made comments like this; in 2012 he famously said, “Super PACs may be bad for America, but they’re very good for CBS.” And Lee Fang points out that in February Moonves told investors, “Looking ahead, the 2016 presidential election is right around the corner, and, thank God, the rancor has already begun.”

This disintegration of public discourse, egged on by 24/7 news cycle and the media’s lust for cash and the provocative sound-bite, is nothing to cheer about. And of course in Moonves’s case, there is a perverse irony that as head of CBS he runs a company once praised as the Tiffany Network that, among other pursuits of quality, usually valued the integrity and truth telling of its news division above almighty profit or the pinheaded perspective of a bullying charlatan.

It was that network’s Edward R. Murrow who in 1954 took on Joe McCarthy, a troglodytic demagogue not unlike Donald Trump, when few were willing to speak up and warn the republic of imminent peril.

When Murrow went on the air and faced down the spittle-flecked allegations of Sen. Joseph McCarthy, who had ruined lives and careers with false charges of treason, he turned the tables on McCarthy, who in one of his rants had quoted Cassius in Shakespeare’s Julius Caesar, “Upon what meat does this, our Caesar, feed?”

Murrow responded, “And upon what meat doth Senator McCarthy feed? Two of the staples of his diet are the investigation, protected by immunity, and the half-truth.”

Then, at the end of his broadcast Murrow said, “The actions of the junior senator from Wisconsin have caused alarm and dismay amongst our allies abroad, and given considerable comfort to our enemies. And whose fault is that? Not really his. He didn’t create this situation of fear; he merely exploited it — and rather successfully.” Sound like anyone we know?

Murrow quoted a line from Cassius that came just before the quote McCarthy had chosen: “The fault, dear Brutus, is not in our stars, but in ourselves.”

Point that out to Donald Trump or one of his more fervent supporters and maybe you’ll be on the receiving end of one of the candidate’s own classical rejoinders – a sneer accompanied by a punch in the face.

Michael Winship is the Emmy Award-winning senior writer of Moyers & Company and BillMoyers.com, and a former senior writing fellow at the policy and advocacy group Demos. Follow him on Twitter at @MichaelWinship. (This story originally appeared at http://billmoyers.com/story/when-the-poetry-of-campaigning-becomes-a-cheesy-dirty-limerick/]

8 comments for “A Campaign Sinking to New Lows”