President Obama once promised hope and that is what some non-violent drug offenders have left as they serve draconian “drug war” sentences. But Obama’s offer of clemency may be more mirage than reality, says ex-CIA officer John Kiriakou, who himself was imprisoned for telling the truth about illegal torture.

The federal government’s program to reduce prison sentences for thousands of federal offenders sentenced under draconian drug laws will fail to help almost anybody without the immediate intervention of the White House. In the meantime, thousands of federal drug offenders are stuck in a rut with no end in sight.

The Justice Department announced the Clemency Project in 2014 as a way for drug offenders to argue that their sentences are overly long, and that, if their crimes had been committed today, they would have been given significantly less time in prison. For many federal prisoners, this program is the only chance they have to have some semblance of a real life, to die outside prison walls, or to spend whatever time they may have left with family. 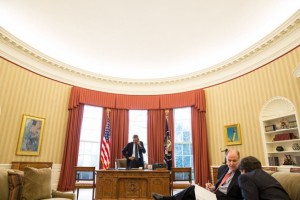 The way the program is supposed to operate is that any federal drug offender who meets a strict set of criteria can apply for a sentence reduction. If they meet these criteria, they are assigned an attorney, and that attorney can go before a federal judge and ask for resentencing.

I spent 23 months in prison after blowing the whistle on the CIA’s illegal and immoral torture program. During those 23 months, I made friends, many of whom were doing very long stretches for what seemed to me to be innocuous drug offenses. When the Clemency Project was first announced, it seemed too good to be true. I fear that as the end of the Obama administration nears, it may be.

Let me give you some examples of the people this program is supposed to help. My closest friend in prison was “Mark.” Mark is in his mid-40s and is from Philadelphia. Back in the 1990s, Mark’s stepfather taught him how to make high quality methamphetamine, which they and a group of cohorts then sold to a crime ring in the city. There were nine people in the conspiracy.

After about six months, Mark decided that this wasn’t the life for him, and he voluntarily left the operation. He was the only person to do so. Mark went on to open a successful small business that employed a half dozen people, he got engaged, and he started to build a life for himself.

Years passed. Finally the FBI, DEA, and ATF swooped in and arrested everybody except Mark. He waited another year for the other shoe to drop and, finally, he was arrested, too.

Mark has been in prison for more than 16 years. His record has been exemplary. He’s earned a variety of certifications, he has a loving and supportive family, and he’s never been in trouble. He can and should be a productive member of society. His only hope is the Clemency Project.

Mark’s case is not unusual. There are thousands of people in our prisons like him. And many are in even worse situations. The Huffington Post recently reported on the story of Carlos Tapia-Ponce, a 94-year-old serving a life sentence for managing a cocaine warehouse. He has been in prison for 26 years and has twice been denied compassionate release for chronic health problems.

Even though he has also been denied release under the Clemency Project, his attorney is appealing the decision, and the application apparently will be reconsidered. If the Clemency Project is not for Carlos Tapia-Ponce, then who is it for? Is this 94-year-old man that much of a threat?

One question that the Justice Department  and sentencing judges  ought to ask themselves is, “Is society truly served by keeping these people in prison, in some cases for the rest of their lives?” I would posit that it is not. Society would be better served if these prisoners could work, pay taxes, tend to their families, and lead normal lives. Long sentences are punitive. They don’t help “society” in any way.

As for the President, addressing draconian drug sentences is a great idea, even if it doesn’t address the sentencing laws themselves. The Clemency Project has the potential to help thousands of people  indeed, thousands of families  rebuild their lives.

But it will only work if the Justice Department can process the applications. And that hasn’t happened. A year after the program was announced, only two out of 30,000 prisoners had had their sentences shortened. By December 2015, the list of those whose sentences were commuted grew by only another 95.

We need presidential action right now. Without it there will be no legacy of justice in drug sentencing. And there’s not a lot of time.

John Kiriakou is an associate fellow with the Institute for Policy Studies. He is a former CIA counterterrorism officer and a former senior investigator with the Senate Foreign Relations Committee. [This story originally appeared at Readers Supported New at http://readersupportednews.org/opinion2/277-75/34848-focus-the-clemency-project-another-obama-mirage ]

6 comments for “Is Obama’s Drug Clemency a Mirage?”