Before President Obama’s State of the Union Address, U.S. cable news blasted out bulletins about Iran seizing American sailors, as Obama’s critics blasted him. But the U.S. intrusion into Iranian waters was quickly explained and the sailors returned, a sign of diplomatic sanity, writes ex-CIA analyst Paul R. Pillar.

Hardliners who, for their separate reasons in each of the countries where such hardliners live, are still determined to sabotage the agreement to restrict Iran’s nuclear program must have been salivating when they first heard on Tuesday that Iran had taken into custody two U.S. Navy patrol boats and their crews in the Persian Gulf.

This is just the sort of military incident that historically has upended detentes, spoiled diplomatic initiatives, and escalated into something much more than just an incident. Amid the recently heightened tensions between Saudi Arabia and Iran, the potential for escalation of almost anything in the Persian Gulf may be higher than usual. 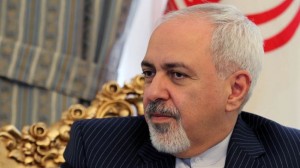 The hardliners are apt to see sabotage at this moment as especially attractive, coming shortly before the expected formal implementation of the nuclear agreement, an implementation made possible through completion by Iran of its obligations under the agreement.

Although some of the details of how the patrol boats got into this situation are still unclear, two central facts are undisputed. One, the U.S. boats entered Iranian territorial waters. Two, the entry was by accident, evidently for reasons having to do with failure of a navigation system or some other equipment problem.

The first fact was clear to both sides from the beginning; the second fact was accepted by the Iranians once they had a chance to question the U.S. crew about what the boats were doing.

To think about what is the proper response to such an incursion by the state whose waters have been intruded upon, imagine if a couple of Iranian naval craft had entered U.S. territorial waters. Of course the response would not be just to wish the Iranians calm seas and a prosperous voyage.

The United States would insist on questioning the Iranian crews until it was satisfied that it knew what was going on. (American hardliners probably would push for a more hostile response, but one hopes that in such a circumstance prudence would prevail among whoever was making decisions on the U.S. side.)

The Iranian response to this week’s incident in the Gulf was about as proper as one can imagine. After enough questioning for the Iranians to know what was going on, the U.S. crew and their boats were escorted safely back to their own fleet less than 24 hours after being detained. The only thing from which the ten U.S. sailors appear to have suffered during their few hours on Iranian soil (illustrated by a photograph of them lounging in stocking feet in a carpeted room) is boredom.

A spokesman for the Iranian Revolutionary Guard (whose naval forces were involved in handling the incident on the Iranian side) issued a public statement acknowledging that the intrusion by the U.S. boats into Iranian territorial waters was unintentional.

We don’t know how agreement-sabotaging American hardliners feel about this outcome, but for a while they tried to milk the incident anyway. Sen. Tom Cotton, R-Arkansas, who last year wrote the infamous letter telling the Iranians that the United States should not be trusted to abide by international agreements it negotiates, was speaking on CNN about American “hostages” and about how the Iranians were using the incident to “embarrass” President Obama.

Sen. Marco Rubio, R-Florida, said “Iran is testing the boundaries of this administration’s resolve”,even though there isn’t a scintilla of evidence that Iran initiated anything regarding the incident or intended to test anything. Former Florida Gov. Jeb Bush tweeted, “Obama’s humiliatingly weak Iran policy is exposed again”,which sounds rather inappropriate, to put it mildly, given the release of the sailors and their boats shortly afterward.

One of the main conclusions to draw from the incident is what it says about high-level thinking and the balance of political forces on the Iranian side. We probably will never know exactly what was the interplay this week among the Rouhani government, hardliners in the Revolutionary Guard, and the supreme leader, but the bottom line was that cooperation prevailed over confrontation in dealing with the United States.

We have to assume, however, that the political balance inside Iran is still delicate and changeable, and that it may well change if the United States makes cooperation seem less attractive to Iran. If that were to happen, then the next naval incident in the Gulf may look less like the one this week and more like the one nine years ago in which 15 British sailors and marines who were operating in disputed territory along the Iran-Iraq border were held by Iran for two weeks.

Another conclusion concerns the value of the direct U.S.-Iranian diplomacy that was established with negotiation of the nuclear accord after so many years of not talking. In particular, the channel between Secretary of State John Kerry and Foreign Minister Javad Zarif, a channel greatly developed during the course of the nuclear negotiations, evidently was valuable in quickly and successfully resolving this week’s incident.

As Kerry himself stated, “That this issue was resolved peacefully and efficiently is a testament to the critical role diplomacy plays in keeping our country safe, secure, and strong.”

Kerry also said, “As a former sailor myself, I know the importance of naval presence around the world and the critical work being done by our Navy in the Gulf region.” He did not mention, but might have had in the back of his mind, that the U.S. craft involved in this incident were riverine patrol boats, as were the boats on which Kerry served in the Vietnam War. The incident was resolved so quickly that Mr. Kerry’s political foes did not have a chance to swift-boat him this time.

The hardline cause is nonetheless at least as much alive on the U.S. side as on the Iranian side. The sabotage attempts will continue, even if they involve statements that, like some of the statements from that direction about this week’s incident, bear little or no correspondence to what Iran actually is doing.