From the Archive: Official Washington operates with a reverse “meritocracy,” the more clueless the pundits are the more esteem they seem to get  as long as they conform to the latest “group think.” Washington Post columnist Richard Cohen is a prime example, Robert Parry noted in 2007.

Granted it would be quite a competition, but is Washington Post columnist Richard Cohen the dumbest columnist ever? 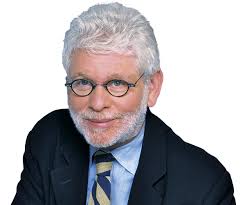 From reading the column, it does appear that Cohen has the skills at least to master and recite the litany of talking points that the neocons have compiled to make their case about the injustice of Libby going into the slammer for committing perjury and obstruction of justice.

Cohen accuses special prosecutor Patrick Fitzgerald of violating longstanding Justice Department guidelines on when to bring a case; he denounces the trial over Libby’s lying about his role in unmasking covert CIA officer Valerie Plame as “a mountain out of a molehill”; he asserts that there was no “underlying crime”; he even pokes fun at Americans who thought the invasion of Iraq might have been a bad idea.

“They thought if ‘thought’ can be used in this context that if the thread was pulled on who had leaked the identity of Valerie Plame to Robert D. Novak, the effort to snooker an entire nation into war would unravel and this would show . . . who knows? Something,” Cohen wrote.

Yet, beyond a talent for reprising the conventional wisdom from Washington dinner parties, it is hard to tell what justifies Cohen’s long career as a political columnist. On nearly every major development over the past couple of decades, Cohen has missed the point or gotten it dead wrong.

For example, during the Florida recount battle in 2000, Cohen cared less about whom the voters wanted in the White House than the Washington insiders’ certainty that George W. Bush would be a uniter, not a divider.

“The nation will be in dire need of a conciliator, a likable guy who will make things better and not worse,” Cohen wrote. “That man is not Al Gore. That man is George W. Bush.”

“The evidence he [Powell] presented to the United Nations some of it circumstantial, some of it absolutely bone-chilling in its detail had to prove to anyone that Iraq not only hasn’t accounted for its weapons of mass destruction but without a doubt still retains them,” Cohen wrote. “Only a fool or possibly a Frenchman could conclude otherwise.”

It took Cohen another three years before he recognized that his enthusiasm for the war had been misplaced.

In normal work settings, incompetence especially when it is chronic and has devastating consequences justifies dismissal or at least demotion, maybe a desk in Storage Room B where Cohen could sit with his red stapler, but without access to a word processor.

Yet, in the strange world of Washington punditry, success is measured not in being right but in keeping one’s opinion within the parameters of the capital’s respectable opinions, even if those judgments are atrociously wrong.

As for the Plame case, Cohen seems to be living in the propaganda dreamscape of the still-influential neocons, not in the real world where the disclosure of Plame’s identity caused actual damage, destroying her undercover career as a CIA officer and putting in jeopardy the lives of foreigners who worked with her investigating weapons proliferation.

Plus, the motive behind the leaking of Plame’s identity was not “gossip,” as Cohen asserts, but a White House-orchestrated campaign to punish her husband, former Ambassador Joseph Wilson, for telling the truth about his 2002 fact-finding mission to Africa. Wilson’s findings helped the U.S. intelligence community debunk false claims about Iraq attempting to buy yellowcake uranium from Africa.

Despite warnings from the CIA, however, President George W. Bush cited Iraq’s supposed uranium shopping during his 2003 State of the Union Address, making it a key part of the case to invade Iraq.

When Wilson went public with his story in July 2003, the Bush administration sought to discredit him by suggesting that his Africa trip was just a junket arranged by his CIA wife. One White House official told a reporter from the Washington Post that the administration had informed at least six reporters about Plame.

The official said the disclosure was “purely and simply out of revenge.” That was a revelation that special prosecutor Fitzgerald corroborated in his investigation.

Though it turned out that other senior administration officials, Deputy Secretary of State Richard Armitage and his friend, White House political adviser Karl Rove, were the successful ones in getting a journalist, Robert Novak, to publish Plame’s identity, it wasn’t for the lack of Libby trying to get Plame’s identity into the press.

Nor is it accurate to say that there was no underlying crime. It is illegal to willfully disclose the identity of a covert CIA officer and the administration officials involved were well aware that her identity was classified. Leaking classified material also can be and often is treated as a crime. …

Rather than a wild-eyed prosecutor on a rampage, Fitzgerald actually appears to have been a very cautious prosecutor who chose not to pursue what would have been a deserving but politically disruptive case against Bush, Cheney and other government conspirators implicated in both leaking classified material and participating in a cover-up.

But all this is missed by Cohen. In his June 19, 2007 column, he does reiterate his current position that the Iraq War was a mistake. He also acknowledges that lying under oath is a bad thing to do. But blinded by the pervasive neocon talking points he refuses to see the larger scandal.

“I have come to hate the war and I cannot approve of lying under oath not by Scooter, not by Bill Clinton, not by anybody,” Cohen wrote. “But the underlying crime is absent, the sentence is excessive and the investigation should not have been conducted in the first place. This is a mess. Should Libby be pardoned? Maybe. Should his sentence be commuted? Definitely.” [As it turned out, President Bush did commute Libby’s sentence so he avoided jail time.]

Cohen took a similarly tolerant view of lies told by Reagan administration officials in the Iran-Contra scandal of the 1980s and its successful cover-up by President George H.W. Bush in the early 1990s when special prosecutor Lawrence Walsh was pressing for long-withheld answers.

When Bush sabotaged Walsh’s probe by issuing six Iran-Contra pardons on Christmas Eve 1992, prominent U.S. journalists, including Cohen, praised Bush’s actions and brushed aside Walsh’s complaint that the move was the final act in a long-running cover-up that protected a secret history of criminal behavior and Bush’s personal role.

Cohen spoke for many of his colleagues when he defended Bush’s fatal blow against the Iran-Contra investigation. Cohen especially liked Bush’s pardon of former Defense Secretary Caspar Weinberger, who had been indicted for obstruction of justice but was popular around Washington.

In a Dec. 30, 1992 column, Cohen said his view was colored by how impressed he was when he would see Weinberger in the Georgetown Safeway store, pushing his own shopping cart.

“Based on my Safeway encounters, I came to think of Weinberger as a basic sort of guy, candid and no nonsense which is the way much of official Washington saw him,” Cohen wrote. “Cap, my Safeway buddy, walks, and that’s all right with me.”

There was a time when The Washington Post aggressively pursued cover-ups of government wrongdoing, such as Richard Nixon’s Watergate scandal. Even during the Clinton administration, a favorite pearl of Washington wisdom was: “It’s not the crime, it’s the cover-up.”

But that was then and this is now. Today, the Post editorial page and its prized columnists, like Cohen, eagerly join in cover-ups and happily bash anyone who won’t go with the Washington flow.

So, the question remains, is Cohen just a clueless incompetent when he berates Fitzgerald for the “train wreck” of the Libby conviction or is this columnist really a clever guy who is very skilled at knowing how to stay on the gravy train of modern Washington journalism?