U.S. military hardliners are pushing for military dominance of outer space and U.S. diplomats are blocking international efforts to ban its weaponization but the Obama administration pretends that Russia and China are the problem, as Sam Husseini explains.

The recent box-office hit “The Martian” directed by Ridley Scott and starring Matt Damon depicts crucial coordination between the U.S. and Chinese space programs, but that’s not the way it’s playing out in the real world.

Secretary of the Air Force Deborah Lee James on Wednesday at the National Press Club responded to a question about the U.S. blocking efforts by Russia, China and over 100 other countries to ensure the disarmament of outer space by alleging that China and Russia are engaging in activities in space that are “worrisome.” 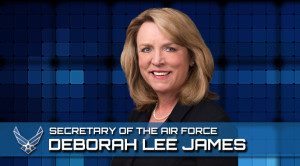 Secretary James stated “we don’t have weapons in space in the United States.” She then added: “Now what has been very worrisome in recent years is that some other countries around the world, notably China and Russia, are investing and they’re testing in different types of capabilities which could shoot satellites out of orbit, and do other things to our capabilities and the capabilities of allies in space, which is worrisome.” [Question at 54:00, video of event.]

James’s comments were in response to a question that I submitted citing a United Nations vote last month which was 122 in favor to 4 against disarmament of outer space. The U.S. was one of the nations voting against the resolution.

John Hughes, the president of the National Press Club and moderator of the event, in his introduction of James, noted that she was recently made “the principal space adviser with expanded responsibilities of all Pentagon space activities.” Yet, Secretary James stated that she was “not familiar” with the UN vote.

Alice Slater, who is with Nuclear Age Peace Foundation and the Abolition 2000 coordinating committee and is a leading activist on disarmament, said: “It’s hard to believe that the U.S. Secretary of the Air Force is unaware of the U.S. military program to ‘dominate and control the military use of space’ as set forth in Pentagon documents such as Vision 2020 [PDF] or that the U.S. also has tested anti-satellite weapons in space.”

Summarizing UN votes on the military use of outer space, the UN’s website states: “The text, entitled ‘No first placement of weapons in outer space,’ reaffirmed the importance and urgency of the objective to prevent an outer space arms race and the willingness of States to contribute to that common goal.” The UN summary references a “draft treaty, introduced by China and the Russian Federation. … The draft was approved by a recorded vote of 122 in favour to 4 against (Israel, Ukraine, United States, Georgia), with 47 abstentions.” Yet, James, in her National Press Club remarks, painted Russia and China as the aggressors.

But consider Secretary James’s exact words. While she says “we don’t have weapons in space,” she sets a different standard when talking about Russia and China, which “are investing and they’re testing in different types of capabilities which could shoot satellites out of orbit,” which the U.S. obviously is doing as well.

There is a race to weaponize space though it would seem Russia, China and most other nations are making moves through the UN to stop it while the U.S. government appears to be hindering that effort.

In addition to Vision 2020, the influential neoconservative Project for a New American Century also called for U.S. control of space as one of its goals: “CONTROL THE NEW ‘INTERNATIONAL COMMONS’ OF SPACE AND ‘CYBERSPACE,’ and pave the way for the creation of a new military service — U.S. Space Forces — with the mission of space control.” [archived PDF]

Slater added: “It is common knowledge that when [the Cold War was nearing its end, Soviet President Mikhail] Gorbachev and [U.S. President Ronald] Reagan met in Reykjavik and were prepared to negotiate the total elimination of nuclear weapons, except the negotiations were aborted because Reagan refused to give up his dream of a U.S. military shield in space, commonly referred to at the time as Star Wars.

“Less well known, but nevertheless true, is that [Russian President Vladimir] Putin offered [U.S. President Bill] Clinton a deal to cut our arsenals of 16,000 nuclear weapons to 1,000 weapons each and call all the parties to the table to negotiate for nuclear abolition if the U.S. would cease its plans to put missile bases in Eastern Europe. Clinton refused and Putin backed out of his offer. Shortly thereafter, [President George W.] Bush actually walked out of the 1972 Anti-Balllistic Missile Treaty and put U.S. missiles and bases in Turkey, Romania and Poland. …

“In 2008, Russia and China proposed a draft treaty to ban space weapons which the U.S. blocked from going forward in the consensus-bound committee on disarmament in Geneva. This year, the U.S. voted to abstain from a Russian proposal to ban weapons in space at the UN First Committee of the General Assembly, joining only Israel and Palau, in not going forward to support the ban.”

Here is background material relating to the questions posed to Secretary James:

Q: airwars.org estimates that the current bombing campaign in Iraq and Syria over the last 482 days has leveled about 8,600 strikes and killed 682 to 2,104 civilians. Do you have an estimate for the number of civilians killed by U.S. airstrikes?

Q: The Guardian reports on four former drone pilots who recently wrote an impassioned plea to the Obama administration, calling for a rethink of a military tactic that they say has “fueled the feelings of hatred that ignited terrorism and groups like Isis, while also serving as a fundamental recruitment tool similar to GuantÃ¡namo Bay … We cannot sit silently by and witness tragedies like the attacks in Paris, knowing the devastating effects the drone program has overseas and at home.” Do you have any information on the long term consequences of the US government’s killer drone program? Can you tell us what countries US drones operate in? How do you respond to their letter from the former drone pilot whistleblowers — these are people who left lucrative careers operating drones because they concluded it was morally contemptible to continue.

Neither was asked, though the moderator, Hughes, did ask a number of questions about drones and raised the issue of civilian deaths in this question:

Deborah Lee James: “I am satisfied that our combined efforts and the way we are approaching this campaign is unprecedented in the history of warfare in terms of the care that we take to do everything possible to try to avoid civilian casualties. Is it 100 percent? No, because there are, from time to time, terrible tragedies. But with the thousands of sorties [a deployment or dispatch of one military unit, be it an aircraft, ship, or troops, from a strongpoint] that have been flown, the fact that there have only been a handful of these incidents, I think, is almost a miracle. So I am convinced we’re doing a good job, I saw some of it in action myself when I was in the CAOC [Combined Air and Space Operations Center] and the CGOC [Company Grade Officer’s Council], and enormous care is taken.”

Here’s the full question about weaponization of space:

Deborah Lee James: “Well, I’m not familiar with that vote, but what I will tell you about space and the proposition of space is this — number one, we don’t have weapons in space in the United States. Number two, we’re very focused on not creating debris in space. So to back up for just a minute, if you go back 20, 30 years there were relatively few countries, and few companies for that matter, who even could get themselves to space, but flash forward to the present day and there are many more countries and many more companies. Plus there is debris in space, there is space junk. So you’ve got thousands of these pieces of material whirling around at 40 or 50 thousand miles per hour and even a small piece of debris can do some serious damage to a billion dollar satellite. So debris is bad and we want to make sure that we minimize that at all costs. Now what has been very worrisome in recent years is that some other countries around the world, notably China and Russia are investing and they’re testing in different types of capabilities which could shoot satellites out of orbit, and do other things to our capabilities and the capabilities of allies in space- which is worrisome. And so what we have said is we need to focus more attention on space, we need to invest more in space, the resiliency of space, and we need to at all times get this point across- –particularly to some of these other countries that are investing and testing in these ways — that debris is bad, that debris hurts all of us.”

13 comments for “Who Wants to Weaponize Outer Space?”