From Editor Robert Parry: The idea of giving to an investigative news site on “Giving Tuesday” may seem a bit odd after all, there are many worthy charities that address immediate human needs but the truth is that nothing good can come if the people don’t have a reliable source for truth.

And, for 20 years, Consortiumnews has been providing important information on a wide variety of important topics — from the scourge of war to the government’s use of propaganda to the dark underbelly of American politics to the world’s environmental degradation. So, please consider us as you make your commitments on “Giving Tuesday.”

You can make a donation to our tax-exempt non-profit by credit card online (we accept Visa, Mastercard, American Express and Discover) or you can mail a check to Consortium for Independent Journalism (CIJ); 2200 Wilson Blvd., Suite 102-231; Arlington VA 22201. 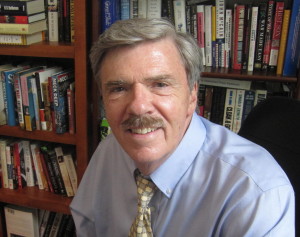 For readers wanting to use PayPal, you can address contributions to our account, which is named after our e-mail address: “consortnew @ aol.com”. We are also registered with PayPal’s Giving Fund under the name Consortium for Independent Journalism. (Since we are a 501-c-3 non-profit, donations by American taxpayers may be tax-deductible.)

Donations of any size are appreciated. But we also are offering a choice of thank-you gifts for those who can give $125, $150 or more.

For donations of $125 or more, you can receive the new edition of my first book, Fooling America, which was originally published in 1992 and has been out of print for many years. Along with it, we’ll include a CD of a book talk that I gave in Los Angeles, explaining what was then a little understood phenomenon, the corruption of the mainstream media.

Or for donations of $150 or more, we can send you the DVD of the movie, “Kill the Messenger,” recalling the mainstream media’s betrayal of the late investigative reporter Gary Webb who was punished for his work exposing the Contra-cocaine scandal plus a CD of Webb and me discussing the topic before a crowd in Santa Monica, California, in 1996.

If you wish to get one of the thank-you gifts, just follow up your donation with an e-mail to us at consortnew@aol.com with instructions on where to mail it. We’ll pay the shipping charges. (To save you time, we’ll assume that any donations of $125 are for Fooling America and the related CD, and that if you donate $150, you want “Kill the Messenger” and that CD and we’ll send them to the address attached to your credit card.).