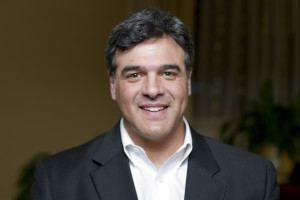 John Kiriakou was just a name in the news until early 2012 when I got a call from Jesselyn Radack, mutual friend, whistleblower and intrepid attorney, who suggested I have lunch with him. John had been arrested in January and charged with unauthorized disclosure of classified information. Over lunch I learned how John had transitioned from highly decorated CIA officer to target of a government vendetta.

John, you see, had refused to be trained in how to torture. Even worse, he had the temerity to confirm publicly that our government was implementing a White House-approved program of torture techniques that turned out to be virtually identical to those listed in the Gestapo Handbuch.

Those of you who have seen the documentary Silenced already know of the key role Jesselyn Radack has been playing in defending whistleblowers like John Kiriakou. What? This is the first you have heard of Silenced? Well, there’s a subject for another discussion. Suffice it to note here that the powers-that-be in the distribution business simply chickened out, as they so often do.

Silenced chronicles behavior by faux lawyers at the Department of Justice that is anything but just or lawful. But, hey, who, in this day and age, wants to take on a notoriously vindictive DOJ? And so, with supreme irony, Silenced has been silenced.

The documentary shows in a poignant way how, after Jesselyn Radack’s own ordeal at the hands of DOJ where she had been an adviser on legal ethics, she decided to devote the rest of her professional life to defending other whistle blowers. John Kiriakou and NSA whistleblower Thomas Drake are also featured all three playing their own roles.

The film presents an extraordinary example of how personal involvement with innocent suffering with injustice suffered first hand or by others can move the heart and the will so deeply that experience becomes catalyst for solidarity and action.

And healing. This came second nature to the community that immediately enfolded the Kiriakou family and helped John’s wife Heather and their three young children 2, 7, and 9 at the time survive the ordeal of two years with dad stuck in prison. There were lots of us many no strangers to jail or prison for whistleblowing or nonviolent resistance and Code Pink, as usual, stepped up to share leadership.

Making an Example of John

At CIA’s urging, DOJ was coming after John Kiriakou big time. And Heather, herself a widely respected CIA analyst, was let go. In effect, government retaliation created a situation of “two-less” replacing the “twofer” that had been serving with such distinction and integrity at CIA.

When John went to prison, I could identify albeit in a very small way with what it means to be away from wife and children for what seems like forever. Decades ago I had spent three months alone in the Soviet Union, away from my wife and three small children. I ached; I missed the hugs so much that I dreamed of finding a way to send my arms home in the diplomatic pouch.

It’s harder still, of course, for wives. It always is. It was challenging enough for my wife to cope with our three children all of them under ten for three months. The mind boggles at what it must have been like for Heather with three still younger children.

And in the midst of all this, with zero warning, Heather’s mother had a fatal heart attack. She had been an anchor against the wind for Heather and also a large part of her grandchildren’s lives. With our own three daughters, I have witnessed first-hand the sanctity of the unique bond between mother and daughter. Maybe only a woman can fully understand the depth of the challenge Heather faced with the sudden death of her treasured soul mate and with no husband nearby to lean on.

John Kiriakou had become CIA’s Enemy No. 1 because he was the first insider to disclose that his former colleagues had been suborned into implementing a program of torture. Alarm bells had sounded at CIA: What if some of John’s former colleagues retrieved their consciences and followed his example? This could not be allowed to happen. Swift retribution was indicated.

The broader question, of course, is why had it been so easy to get CIA operatives to walk on Dick Cheney’s “Dark Side.” The context, of course, is 9/11. We keep hearing: “AFTER 9/11 EVERYTHING CHANGED.” Really? Everything? Did torture somehow slip out of the moral category it had long inhabited together with rape and slavery the category ethicists call “intrinsic evil?”

No way, said John Kiriakou. And thus began a cruel duel between two unequal adversaries: an exceedingly ruthless, vindictive government and a CIA professional determined not to violate his conscience.

What happened not only to many of John’s colleagues but also to Americans at large parallels what happened to Germans after their “9/11,” the burning of the Parliament building in Berlin on Feb. 27, 1933. Be afraid, they were told, be very afraid. It worked. With what a young German lawyer (later a writer with the pen-name Sebastian Haffner) living in Berlin at the time called “sheepish submissiveness,” Germans acquiesced in the most draconian, one might say “Patriot Act”-type, violations of their own Constitution. Haffner wrote:

“The sequence of events … is wholly within the normal range of psychology, and it helps to explain the inexplicable. The only thing that is missing is what in animals is called ‘breeding.’ This, a solid inner kernel that cannot be shaken by external pressures and forces, something noble and steely, a reserve of pride, principle, and dignity to be drawn on in the hour of trial.”

Missing? Missing in many; anchored in Greek marble in John Kiriakou.

In exposing torture, John found himself in the company of other officials with integrity and guts like Gen. John Kimmons, head of U.S. Army Intelligence. On the very day (Sept. 6, 2006) that President George W. Bush publicly disclosed and bragged about the supposed effectiveness of what he called “an alternative set of procedures” for interrogation (then given the euphemism “enhanced interrogation techniques”), Kimmons arranged his own press conference at the Pentagon and said:

“I am absolutely convinced [that] no good intelligence is going to come from abusive practices. I think history tells us that. I think the empirical evidence of the last five years, hard years, tells us that.”

Actually, Kimmons could have gone back 70 years not just five. It turns out that “enhanced interrogation techniques” is a literal translation of the Gestapo Handbuch’s “Verschaerfte Vernehmung.” And most of those Nazi “techniques” are the same ones blessed by the Bush-Cheney administration (with just a few further enhancements).

The award from PEN seems all the more appropriate inasmuch as John is now a writer and speaker of truth a well as a consultant on films and TV shows. And as many of us know only too well, he has his work cut out for him, whether writing about intelligence, torture, or how our prisons must be humanized.

Sands wrote, “She [Beaver] believed the series contributed to an environment in which those in Guantanamo were encouraged to see themselves as being on the frontline and to go further than they otherwise might.” Sands added that “24” also made it more difficult for those who objected to the abuse to stop it.

In fact, “24” was making torture appear so effective and even glamorous that U.S. military officials appealed to the creators of the show to tone down the torture scenes and give less play to the fiction that torture is “effective.”

Some psychological research has shown that fiction is as effective as non-fiction at deeply moving people even when they know that what they are being moved by is a fictional account. People tend to be “transported” by a good story providing “truths” that appear just as powerful (or even more so) as those we encounter in the real world.

Which brings us to “Zero Dark Thirty.” And this, I believe, would be of particular interest to PEN. How in the world will John Kiriakou be able to open minds to the reality that the issue of morality aside torture does not “work,” when so many have actually seen it “work” watching “Zero Dark Thirty,” as well as “24?”

True, John Kiriakou has an abundance of experience and credibility. But what are these, stacked up against seeing torture work “with your own eyes?” John can cite the following facts until he is blue in the face, but the odds remain high against him.

“[T]he film takes significant artistic license, while portraying itself as being historically accurate. … [It] creates the strong impression that the enhanced interrogation techniques that were part of our former detention and interrogation program were the key to finding Bin Laden. That impression is false. … I want you to remember that ‘Zero Dark Thirty’ is not a documentary.”

Sen. John McCain, who was tortured as a POW in North Vietnam, said the film left him sick  “because it’s wrong.”

Historian Karen J. Greenberg, Director of Fordham University Law School’s Center for National Security, wrote this about the film’s director: “Bigelow has bought in, hook, line, and sinker, to the ethos of the Bush administration and its apologists.” Greenberg called the film “the perfect piece of propaganda, with all the appeal that naked brutality, fear, and revenge can bring.”

And Peter Maass of The Atlantic wrote that the film “represents a troubling new frontier of government-embedded filmmaking.” And Maass, too, is right.

I’m not sure John Kiriakou would qualify for PEN Center USA’s specific program for “Emerging Voices,” but I am sure that, just the same, this year’s First Amendment Awardee is a very important emerging voice both as writer and as a consultant on films and TV shows. Of this we can also be sure; nothing John gets involved in will glorify torture or otherwise bend to prevailing winds of dishonesty.

With the support of Heather and many others, he has already bucked a powerful system arrayed against him. John Kiriakou will give no quarter in his passion for spreading truth around, no matter how many additional systemic hurdles he may be required to surmount.

Besides, he has “backing.” If you don’t believe me, download Silenced.

Ray McGovern was a CIA analyst for 27 years from the administration of John F. Kennedy to that of George H. W. Bush. He is co-founder of Veteran Intelligence Professionals for Sanity (VIPS), which welcomed John Kiriakou into membership from federal prison.