Exclusive: Ukraine’s Finance Minister Natalie Jaresko and other key officials were given overnight Ukrainian citizenship — with the law requiring them to renounce their old allegiances — but the American-born Jaresko has balked at that mandate, raising questions about her true motives, reports Robert Parry.

Last December, before being named Ukraine’s Finance Minister, American-born Natalie Jaresko accepted Ukrainian citizenship as a prerequisite for getting the job, but in almost one year since she has not renounced her U.S. citizenship, according to U.S. records and a Ukrainian official. 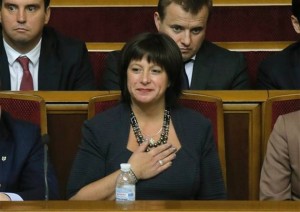 The U.S. government publishes quarterly the names of Americans who have renounced their U.S. citizenship and those names — printed in the Federal Register since last December — do not include Jaresko, who has chosen to remain a U.S. citizen, a fact confirmed by Budiakova.

Jaresko appears to be exploiting the two-year period for submitting proof of renouncing her prior citizenship so she can hold her powerful Ukrainian position for two years with the option of then dropping her Ukrainian citizenship and keeping her U.S. citizenship.

But that manipulation of the process creates the appearance of a carpetbagger with dual loyalties and reinforces the image, highlighted by Russian media, of a Ukrainian government being run behind the scenes by the United States and other outsiders.

There’s also the possibility that Jaresko is exploiting this opportunity to learn all she can about the inner workings of the Ukrainian government to position herself to quit her post after two years, drop her temporary Ukrainian citizenship, and become a well-paid consultant with valuable contacts inside Ukraine’s Finance Ministry.

Such opportunism would fit with Jaresko’s history. Though hailed as the face of Ukrainian “reform,” Jaresko has long used her official connections to enrich herself, an inconvenient truth that undercuts the U.S. government’s desired image for the regime in Kiev as committed to the fight against corruption.

Prior to her appointment as Finance Minister, Jaresko, a former U.S. diplomat, headed the U.S.-taxpayer-financed Western NIS Enterprise Fund (WNISEF), created in the 1990s to help jump-start an investment economy for Ukraine and Moldova. WNISEF was overseen by the U.S. Agency for International Development (USAID).

WNISEF officials were limited to $150,000 in compensation a year, but Jaresko maneuvered to exceed that total, ultimately collecting more than $2 million a year by shifting management of WNISEF to her own private company, Horizon Capital, and arranging to get lucrative bonuses when selling off investments, even as the overall WNISEF fund was losing money, according to official records.

For instance, Jaresko collected $1.77 million in bonuses in 2013, according to WNISEF’s latest available filing with the Internal Revenue Service. In her financial disclosure forms with the Ukrainian government, she reported earning $2.66 million in 2013 and $2.05 million in 2014, thus amassing a sizeable personal fortune while investing U.S. taxpayers’ money supposedly to benefit the Ukrainian people.

Meanwhile, WNISEF continued to hemorrhage money, shrinking from its original $150 million to $89.8 million in the 2013 tax year, according to the IRS filing. WNISEF reported that the bonuses to Jaresko and other corporate officers were based on profitable exits from some investments even if the overall fund was losing money. [See Consortiumnews.com’s “How Ukraine’s Finance Minister Got Rich.”]

Still, Jaresko and other foreigners who were brought in to fill key positions in the current Ukrainian regime were described as “technocrats” whose only interest was to bring good government to Ukraine, a country long saddled with institutionalized corruption. Jaresko was hailed as a Ukrainian “reformer” who in the words of New York Times’ columnist Thomas L. Friedman “shares our values.”

But Jaresko’s business history offers little reason for optimism about Ukraine rooting out official self-interest. Indeed, Jaresko would seem to fit the bill as a classic “crony capitalist,” someone who takes advantage of government connections to line his or her own pockets. Her failure to expeditiously comply with the Ukrainian Constitution and renounce her U.S. citizenship reinforces the view that she is more opportunist than reformer.

According to recent accounts from Ukraine, official corruption remains a deep-seated problem more than a year-and-a-half after the February 2014 overthrow of President Viktor Yanukovych, who was lambasted by the Western media for having a sauna in his official residence, the sauna becoming emblematic of his alleged abuse of power. 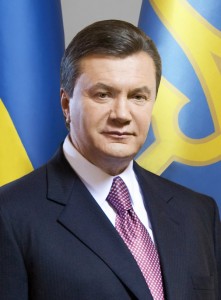 Prior to his ouster, Yanukovych and his government were targeted by the Organized Crime and Corruption Reporting Project (OCCRP), which is funded by USAID, the same organization that hired Jaresko to run WNISEF, and Open Society, a foundation headed by George Soros, a hedge-fund billionaire who has profited off the financial destabilization of fragile governments.

OCCRP’s selective outrage over “corruption” raises questions as to whether it is a genuinely journalistic operation or a propaganda front for the U.S. government and Western business interests targeting regimes that don’t play ball. After all, Jaresko’s multi-million-dollar profiting off her relationship with the U.S.-taxpayer-funded WNISEF would seem to be a starker example of corruption than Yanukovych’s sauna.

The new U.S.-backed regime in Kiev also has enacted “reforms” that slash pensions, energy subsidies and other social programs (reducing the living standards of average Ukrainians) while moving to privatize Ukraine’s economy and encouraging large Western corporations to exploit the country’s resources including “fracking” for shale gas in eastern Ukraine.

According to the U.S. Energy Information Administration, Ukraine has Europe’s third-largest shale gas reserves at 42 trillion cubic feet, an inviting target especially since other European nations, such as Great Britain, Poland, France and Bulgaria, have resisted fracking technology because of environmental concerns. An economically supine Ukraine is presumably less able to say no. [See Consortiumnews.com’s “Beneath the Ukraine Crisis: Shale Gas.”]

This process in Ukraine also appears to have benefited from some greasing of the skids by hiring well-connected Americans besides Jaresko. Just three months after Yanukovych’s ouster, Ukraine’s largest private gas firm, Burisma Holdings, appointed Vice President Joe Biden’s son, Hunter Biden, to its board of directors. Burisma a shadowy Cyprus-based company also lined up well-connected lobbyists, some with ties to Secretary of State John Kerry, including Kerry’s former Senate chief of staff David Leiter, according to lobbying disclosures.

According to investigative journalism inside Ukraine, the ownership of Burisma has been traced to Privat Bank, which is controlled by the thuggish billionaire oligarch Ihor Kolomoysky, who was appointed by the U.S.-backed “reform” regime to be governor of Dnipropetrovsk Oblast, a south-central province of Ukraine (though Kolomoisky was eventually ousted from that post in a power struggle over control of UkrTransNafta, Ukraine’s state-owned oil pipeline operator).

Also, regarding Western energy interests, on Dec. 13, 2013, when neocon Assistant Secretary of State for European Affairs Victoria Nuland was pushing for Yanukovych’s ouster, she reminded Ukrainian business leaders that the United States had invested $5 billion in their “European aspirations” at a conference sponsored by Chevron. She even stood next to the company’s logo. 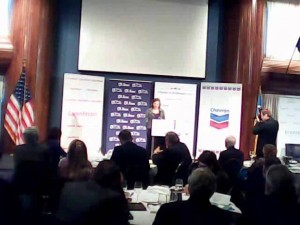 Assistant Secretary of State for European Affairs Victoria Nuland, speaking to Ukrainian and other business leaders at the National Press Club in Washington on Dec. 13, 2013, at a meeting sponsored by Chevron.

Jaresko was only one of several foreigners recruited by President Petro Poroshenko to fill key positions in the Ukrainian government, with these officials also granted instant Ukrainian citizenship. Along with Jaresko’s appointment last December, Poroshenko brought onboard Lithuanian Aivaras Abromavicius, a partner in investment firm East Capital, as Economy Minister and Georgian Aleksander Kvitashvili, who had served as Georgia’s health minister and labor minister, as Health Minister.

Last May, Poroshenko appointed ex-Georgian President Mikheil Saaskashvili to be governor of Ukraine’s restive Odessa region. Saaskashvili, who faces charges in Georgia for alleged abuse of power during his presidency, also received overnight Ukrainian citizenship but — unlike Jaresko — he announced that he had dropped his Georgian citizenship, a move that short-circuited his possible extradition back to Georgia.

Another foreigner whose appointment raised eyebrows was the choice of Estonian Jaanika Merilo to be put in charge of attracting foreign investments. Merilo was a Jaresko associate known more for her personal ties to wealthy business tycoons, such as English businessman and investor Richard Branson, and kinky online photos than her skills as a technocrat. 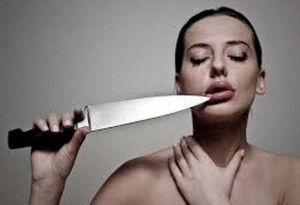 Janika Merilo, an Estonian brought into the Ukrainian government to oversee foreign investments. (From her Facebook page via Zero Hedge)

← Is Israeli-Palestinian Peace Impossible?
The Enduring Crime of ‘Agent Orange’ →