Famed Defense Department whistleblower Daniel Ellsberg says Israel should cease its nearly three-decade-old persecution of Mordechai Vanunu, the former nuclear technician who exposed the existence of Israel’s clandestine nuclear program in 1986 and was jailed for 18 years.

Former U.S. Defense Department official Daniel Ellsberg, who leaked the secret Pentagon Papers history of the Vietnam War, says Israel should finally recognize that former nuclear technician Mordechai Vanunu did the right thing when he disclosed the existence of Israel’s nuclear weapons program in 1986, which led Israeli agents to kidnap him from Italy and spirit him back to Israel.

In an interview with RT, Ellsberg, who himself was branded a “traitor” to the United States for revealing the Pentagon Papers history of the Vietnam War in 1971, added that the Israeli government should finally lift restrictions on Vanunu’s civil rights. Further, Ellsberg said, Israel should come clean about the existence of its nuclear weapons program and admit that it violated its promise not to be the first to introduce nuclear weapons into the Middle East. 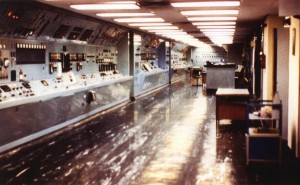 RT: Ten years since his release, Vanunu is still under constant government pressure, is in constant fear of arrest. Why is that happening, do you think?

Daniel Ellsberg: I think it’s essentially what they want to be a life-time punishment, in effect, for embarrassing them, actually, in a policy that really can’t be defended in the nuclear era. Is it really legitimate for a country to develop nuclear weapons in secret and continue to maintain the secrecy, then, indefinitely from the world, or pretend to keep that secret? I think not.

I think Vanunu did exactly the right thing by telling his fellow citizens, and the rest of the world, that Israel had a large nuclear program. And for that, he served 18 years in prison: 10 and a half in a very small cell of isolation a 6 by 9 foot cell what Amnesty called “torture,” essentially, for that long period.

The idea that he’s restricted after serving the full sentence nothing off for good behavior or any pardon of any sort after serving the full sentence of 18 the idea that he should be subject to further restrictions about who he can talk to, and whether he can leave the country, is actually a relic of the British colonial policies, when they ruled Israel entirely and they were just incorporated into Israeli law that’s not regarded under human rights legislation anywhere else in the world, actually, as a fair thing to do.

He wasn’t let out a day early. He served the entire sentence, and was then he was given, as I say, these further restrictions as the British occupation regulations had allowed and Israeli law simply continued those into its own law in clear violation of the UN Charter on Human Rights.

RT: For some people Vanunu is a hero, for others, he is the exact opposite. They say he should be put in prison for life. What impact do you think his revelations have had?

DE: Well, I can’t say that his revelations affected Israeli policy, though they should have, I think. Many Israelis feel that they should have been honest and open about their nuclear policy many years ago, and right now are still saying that. He’s called a traitor. I was called a traitor, though not charged with that under the American Constitution.

Virtually everyone, I think, who gives out truth that the officials, the government doesn’t want revealed, gets that terrible name. If you’re not willing to be called names, you really can’t tell the truth, I would say, about wrongful things your government is doing. And I’m speaking here not so much about the Israeli nuclear program, as about the fact that they have lied about it ever since.

DE: I’m glad that it has. Actually, there were those who felt at the time that he had improved Israeli security by making it clear to their neighbors that they were confronting a nuclear state something I think they were, on the whole, even the government, was happy to have out. But they wanted to “A” punish the person who had taken it on himself, the initiative to reveal that, and discourage other whistleblowers. And, on the other hand, they wanted to continue their policy of the so-called “ambiguity,” which is just a policy of lying to the public to their own public and to the world.

By the way, they’ve said forever they would not be the first to introduce nuclear weapons into the Middle East they’ve said that over and over. That’s simply a flat government lie. No better, no worse than lies by my own government, or any other government.

RT: Now, Vanunu is not even allowed to leave the country. The government says he could still reveal more secrets. You can speak from a position of experience here, how you feel about that. Is it legally acceptable, though?

DE: I can’t go on my own judgment on that, but every nuclear expert which I’m not, I’ve worked on nuclear war plans, but not on design or having to do with nuclear weapons everyone says that what he knew as a technician in Dimona in 1986, more than 20 years ago, could [not] possibly have any security relevance today. And that that’s just a threadbare excuse for continuing his punishment indefinitely, beyond what even a military type court assigned to him so many years ago.

RT: What’s the stance of other countries when it comes to Israel’s refusal to admit any program of nuclear weapons or any possession? Where do the stand on this? How do they view Israel?

DE: Well, apparently, the fact that Vanunu was given permission to give this interview at all was taken by various media, major media, as indicating a real shift in Israeli policy, and coming very close, at last, to coming clean about what their status is.

By the way, what Vanunu indicated was, is that their nuclear stockpile was far larger than even our American Central Intelligence Agency (CIA) had estimated. He’s described these stories, saying that it was at least 100 weapons. People who’d guessed earlier, thought it was much lower.

Actually, Vanunu was saying at that time that he thought the material was far larger than that, enough for some 300 or more weapons, and I wouldn’t be surprised if, to this day, the Israeli stockpile is being very underestimated. That might indicate, for example, that they actually have the third-largest stockpile in the world, after the U.S. and Russia, rather than lagging behind France, for example.

RT: How do you think things have changed over the decades that have past? Do you see governments now putting in more controls and more protections to prevent whistleblowers? Is it becoming harder?

DE: Well there are people who can’t be deterred by the threat even of very heavy, indefinite or lifetime sentences. Ed Snowden, obviously, living in exile now and probably in danger of his life indefinitely, is willing to take on that risk. Chelsea Manning, who is in prison right now, for revealing this. I think all of those, including Vanunu. Let me just say they are my personal heroes. I admire them.

I regard Vanunu as a friend, having met him several times and corresponded with him. I went to Israel to intercede for him in an appellate hearing. I think he is the preeminent prophet of the nuclear era. Someone who not only risked life in jail or death, but actually served a tremendous long time as I say, 10 and a half years in solitary confinement in 18 years.

So, I think he deserves to be honored, really, throughout the world, and he is in much of the world. And to be allowed, certainly, to join his new wife I’m very happy for her, that they’ve gotten together to join his wife in Norway and live his life.

But he’s clearly not willing to be entirely muffled on his views about nuclear weapons and his belief, actually, that the nuclear policy of Israel is shortsighted, and dangerous to the state itself, in promoting proliferation to which Israel is very subject and vulnerable. So, I think he should be allowed, not because he’s suffered enough, but because he did exactly the right thing, and it’s time to recognize that.

[This interview is being republished at the suggestion of Daniel Ellsberg.]