Exclusive: The U.S. government and NATO have entered the Brave New World of “strategic communications,” merging psy-ops, propaganda and P.R. in order to manage the perceptions of Americans and the world’s public, reports veteran war correspondent Don North.

As reflected in a recent NATO conference in Latvia and in the Pentagon’s new “Law of War” manual, the U.S. government has come to view the control and manipulation of information as a “soft power” weapon, merging psychological operations, propaganda and public affairs under the catch phrase “strategic communications.”

This attitude has led to treating psy-ops manipulative techniques for influencing a target population’s state of mind and surreptitiously shaping people’s perceptions as just a normal part of U.S. and NATO’s information policy. 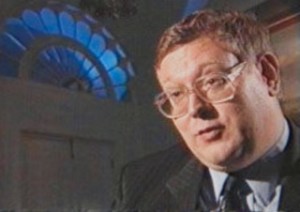 “The NATO case and argument is that NATO’s approach to psy-ops is to treat it as an essentially open, truthful and benign activity and that, plus the elimination of any meaningful distinctions between domestic and foreign media institutions and social media, means that psy-ops and public affairs have effectively fused,” said British military historian, Dr. Stephen Badsey, one of the world’s leading authorities on war and the media.

Badsey said NATO has largely abandoned the notion that there should be a clear distinction between psy-ops and public affairs, although NATO officially rules out the dissemination of “black propaganda,” knowingly false information designed to discredit an adversary.

“The long argument as to whether a firewall should be maintained between psy-ops and information activities and public affairs has now largely ended, and in my view the wrong side won,” Badsey added.

And, as part of this Brave New World of “strategic communications,” the U.S. military and NATO have now gone on the offensive against news organizations that present journalism which is deemed to undermine the perceptions that the U.S. government seeks to convey to the world.

That attitude led to the Pentagon’s new “Law of War” manual which suggests journalists in wartime may be considered “spies” or “unprivileged belligerents,” creating the possibility that reporters could be subject to indefinite incarceration, military tribunals and extrajudicial execution the same treatment applied to Al Qaeda terrorists who are also called “unprivileged belligerents.” [See Consortiumnews.com’s “Pentagon Manual Calls Some Reporters Spies.”]

The revised “Law of War” manual has come under sharp criticism from representatives of both mainstream and independent media, including The New York Times’ editors and the Committee to Protect Journalists, as well as academics such as Dr. Badsey.

“The attitude toward the media expressed in the 2015 Pentagon manual is a violation of the international laws of war to which the USA is a signatory, going back to the 1907 Hague Convention, and including the Geneva Conventions,” said Badsey, a professor of conflict studies at Wolverhampton University in the United Kingdom and a long-time contact of mine who is often critical of U.S. military information tactics.

“But [the manual] is a reflection of the attitude fully displayed more than a decade ago in Iraq where the Pentagon decided that some media outlets, notably Al Jazeera, were enemies to be destroyed rather than legitimate news sources.”

The Pentagon’s hostility toward journalists whose reporting undermines U.S. government propaganda goes back even further, becoming a tendentious issue during the Vietnam War in the 1960s and 1970s when the war’s supporters accused American journalists of behaving treasonously by reporting critically about the U.S. military’s strategies and tactics, including exposure of atrocities such as the My Lai massacre.

In the 1980s, conservatives in the Reagan administration embracing as an article of faith that “liberal” reporters contributed to the U.S. defeat in Vietnam moved aggressively to discredit journalists who wrote about human rights violations by U.S.-backed forces in Central America. In line with those hostile attitudes, news coverage of President Ronald Reagan’s invasion of Grenada in 1983 was barred, and in 1990-91, President George H.W. Bush tightly controlled journalists trying to report on the Persian Gulf War. By keeping out or keeping a close eye on reporters, the U.S. military acted with fewer constraints and abuses went largely unreported.

This so-called “weaponizing of information” turned even more lethal during the presidency of Bill Clinton and the war over Kosovo when NATO identified Serb TV as an enemy “propaganda center” and dispatched warplanes to destroy its studios in Belgrade. In April 1999, acting under orders from U.S. Army General Wesley Clark, American bombers fired two cruise missiles that reduced Radio Televizija Srbija to a pile of rubble and killed 16 civilian Serb journalists working for the government station.

Despite this willful slaughter of unarmed journalists, the reaction from most U.S. news organizations was muted. However, an independent association of electronic media in Yugoslavia condemned the attack.

“History has shown that no form of repression, particularly the organized and premeditated murder of journalists, can prevent the flow of information, nor can it prevent the public from choosing its own sources of information,” the group said.

The (London) Independent’s Robert Fisk remarked at the time, “once you kill people because you don’t like what they say, you change the rules of war.” Now, the Pentagon is doing exactly that, literally rewriting its “Law of War” manual to allow for the no-holds-barred treatment of “enemy” journalists as “unprivileged belligerents.”

Despite the 1999 targeting of a news outlet in order to silence its reporting, a case for war crimes was never pursued against the U.S. and NATO officials responsible, and retired General Clark is still a frequent guest on CNN and other American news programs.

During the presidency of George W. Bush, the Arab network Al Jazeera was depicted as “enemy media” deserving of destruction rather than being respected as a legitimate news organization and the news network’s offices were struck by American bombs. On Nov. 13, 2001, during the U.S. invasion of Afghanistan, a U.S. missile hit Al Jazeera’s office in Kabul, destroying the building and damaging the homes of some employees.

On April 8, 2003, during the U.S. invasion of Iraq, a U.S. missile hit an electricity generator at Al Jazeera’s Baghdad office, touching off a fire that killed reporter Tareq Ayyoub and wounding a colleague. The Bush administration insisted that the attacks on Al Jazeera offices were “accidents.”

However, in 2004, as the U.S. occupation of Iraq encountered increased resistance and U.S. forces mounted a major offensive in the city of Fallujah, Al Jazeera’s video of the assault graphically depicted the devastation and on April 15, 2004, Defense Secretary Donald Rumsfeld decried Al Jazeera’s coverage as “vicious, inaccurate and inexcusable.”

According to a British published report on the minutes of a meeting the next day between President Bush and UK Prime Minister Tony Blair, Bush suggested bombing Al Jazeera’s headquarters in Qatar but was talked out of the idea by Blair who said it would provoke a worldwide backlash.

During the Iraq War, Dr. Badsey wrote the following observation which I cited in my book on military/media relations, Inappropriate Conduct: “The claim that in 2004 at the first battle of Fallujah the U.S. Marine Corps ‘weren’t beaten by the terrorists and insurgents, they were beaten by Al Jazeera television’ rather than that they [U.S. forces] employed inappropriate tactics for the political environment of their mission, is recognizable as yet another variant on the long-discredited claim that the Vietnam War was lost on the television screens of America.”

Although the notion of Vietnam-era journalists for U.S. media acting as a fifth column rather than a Fourth Estate is widely accepted among conservatives, the reality was always much different, with most of the early Vietnam War coverage largely favorable, even flattering, before journalists became more skeptical as the war dragged on.

In a recent interview on NPR radio, Charles Adams, a senior editor of the new “Law of War” manual, was unable to cite examples of journalists jeopardizing operations in the last five wars and that may be because there were so few examples of journalistic misconduct and the handful of cases involved either confusion about rules or resistance to news embargoes that were considered unreasonable.

Examining the history of reporters dis-accredited during the Vietnam War, William Hammond, author of a two-volume history of U.S. Army relations with the media in Vietnam, found only eight dis-accreditations, according to military files.

Arguably the most serious case involved the Baltimore Sun’s John Carroll, an Army veteran himself who believed strongly that it was important that the American people be as thoroughly informed about the controversial war as possible. He got in trouble for reporting that the U.S. Marines were about to abandon their base at Khe Sahn. He was accused of violating an embargo and was stripped of his credentials, though he argued that the North Vietnamese surrounding the base were well aware of the troop movement.

Toward the end of the war, some reporters also considered the South Vietnamese government so penetrated by the communists that there were no secrets anyway. Prime Minister Nguyen van Thieu’s principal aide was a spy and everyone knew it except the American people.

During his long career, which included the editorship of the Los Angeles Times, Carroll came to view journalists “almost as public servants and a free press as essential to a self-governing nation,” according to his obituary in The New York Times after his death on June 14, 2015.

During the Obama administration, the concept of “strategic communication” managing the perceptions of the world’s public has grown more and more expansive and the crackdown on the flow of information unprecedented. More than any of his predecessors, President Barack Obama has authorized harsh legal action against government “leakers” who have exposed inconvenient truths about U.S. foreign policy and intelligence practices.

And Obama’s State Department has mounted a fierce public campaign against the Russian network, RT, that is reminiscent of the Clinton administration’s hostility toward Serb TV and Bush-43’s anger toward Al Jazeera.

Since RT doesn’t use the State Department’s preferred language regarding the Ukraine crisis and doesn’t show the requisite respect for the U.S.-backed regime in Kiev, the network is denounced for its “propaganda,” but this finger-pointing is really just part of the playbook for “information warfare,” raising doubts about the information coming from your adversary while creating a more favorable environment for your own propaganda. [See Consortiumnews.com’s “Who’s the Propagandist? US or RT?”]

This growing fascination with “strategic communication” has given rise to NATO’s new temple to information technology, called “The NATO Strategic Communications Center of Excellence” or STRATCOM, located in Latvia, a former Soviet republic that is now on the front lines of the tensions with Russia.

On Aug. 20, some of the most influential minds from the world of “strategic communications” gathered in Latvia’s capital of Riga for a two-day conference entitled “Perception Matters.” A quotation headlined in all its communications read: “Since wars begin in the minds of men, it is in the minds of men that the defenses of peace must be constructed” noble sentiments perhaps but not always reflected in the remarks by more than 200 defense and communications experts, many of whom viewed information not as some neutral factor necessary for enlightening the public and nourishing democracy, but as a “soft power” weapon to be wielded against an adversary.

Hawkish Sen. John McCain, R-Arizona, led a delegation of U.S. senators and said STRATCOM was needed to combat Russia and its President Vladimir Putin. “This Center will help spread the truth,” said McCain although “the truth” in the world of “strategic communications” can be a matter of perception.