Neocons and Republican opponents of the Iran nuclear agreement have so worked themselves into a frenzy that their efforts to sabotage the deal are likely to continue even if it survives Congress as new schemes are devised, writes ex-CIA analyst Paul R. Pillar.

Anyone tired of hearing about the agreement to restrict Iran’s nuclear program is not going to get relief soon, despite the Congressional voting this month that is supposed to decide the matter. It now appears likely that even if the Republican-controlled Congress enacts a resolution of disapproval, any such resolution would not survive a presidential veto, which means the agreement itself will come into force. It also is possible that opponents will fail to get the 60 votes needed to get such a resolution through the Senate in the first place, in which case the outcome would be decided even earlier.

If the Iranian nuclear issue were one that people with honestly expressed substantive differences had been addressing consistently in a sober and well-reasoned fashion, one might expect that those on the losing side of that outcome would accept the result and turn their attention to how they can participate effectively in vigorous oversight of the agreement’s implementation. There are indeed substantial opportunities for Congress to exercise such oversight. 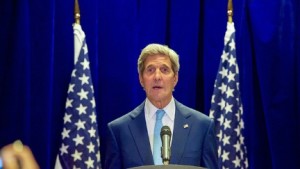 But debate on this matter has had a deficit of sobriety and honesty. Some of the principal sources of opposition to the agreement have involved wanting the Iranian nuclear issue to fester indefinitely or for the Obama administration to fail in its efforts to do something about it.

The voting and possible vetoing that will take place later this month thus will mark only the end of one chapter in a continuing political contest. Opponents of the agreement will continue to try to subvert it even after it enters into force.

The partisan divide in sentiment on the issue, which, as Jim Lobe points out, has become increasingly sharp as reflected in opinion polls over the past year, will be one of the drivers of continued opposition. The issue has exhibited a familiar pattern in which members of the public who have little substantive knowledge of the matter of question take their cues from leaders of the party with which they most identify.

A self-reinforcing cycle of adamant opposition by Republican politicians and consequent opposition by a cue-taking Republican base has put the Iranian nuclear issue on a similar trajectory as the Affordable Care Act, i.e., endless preoccupation by the Congressional portion of half the political spectrum with killing it rather than implementing it, no matter what experience may show is working or not working.

Efforts to kill the Iran agreement, after the votes this month that will determine whether the agreement will go into effect, will center on getting the United States not to live up to its end of the agreement. Given that the United States has no obligations under the agreement other than to end some of the punishment it has been inflicting in the form of economic sanctions, the agreement-killing strategy will entail slapping new sanctions on Iran until Tehran is pressed passed the limits of its tolerance for such accord-circumventing behavior.

The specific tactics may involve in effect restoring some of the nuclear-related sanctions that are due to be relaxed under the agreement, but under some new label such as terrorism or something having to do with other Iranian behavior. Ideas have already been advanced along these lines. Other creative ideas of opponents include having states rather than the federal government sanction Iran.

All such maneuvers will make it difficult for Iranian leaders committed to observance of the agreement to deflect charges from their domestic opponents that the United States snookered Iran and that it is not in Iran’s interests to continue to live up to the agreement.

U.S. opponents of the agreement will supplement their sanctions maneuvers with continued efforts to play up any bit of Iranian behavior that is objectionable or can be portrayed as such. The prominence that already has been given to the opponents’ contention that sanctions relief will be a “financial windfall” that will fund increased “nefarious” Iranian activity in the region sets the stage, of course, for later drawing attention to just about anything that Iran will actually or allegedly be doing in the Middle East that can be objected to.

The argument will be that any such behavior is a direct consequence of the “windfall,” regardless of how much it actually is a matter of Tehran reacting to events not of its own making and has little or nothing to do with Iranian finances. This will all be in addition to making public issues out of anything that can be construed as an Iranian violation of the nuclear agreement itself (which is different from the necessary process of sustained, careful, responsible oversight).

We have already gotten a preview of this sort of tactic with many such construals regarding Iranian observance of the Joint Plan of Action, the preliminary agreement reached in 2013, on which the actual Iranian record of compliance has been excellent.

The U.S. presidential election calendar has given diehard opponents of the nuclear agreement added incentive to inflict lethal sabotage on the agreement within the next 16 months. The prospect of a Republican entering the White House in January 2017 may in this respect present more of a vulnerability than an opportunity for opponents.

Republican presidential candidates have been competing with each other in telling the primary-voter party base how quickly and peremptorily they would renounce the agreement with Iran, with the only differences being whether it would be on the very first day in office, whether renunciation would take place before or after consulting with advisers, etc.

It would be tough for any of these candidates, if elected, to back down from such an oft-repeated pledge. But such a presidential renunciation would be a more direct and blatant unilateral U.S. reneging on a multilateral accord than even some of the more aggressive sanctions-restoring tactics mentioned earlier. And such a renunciation would come after three years (counting from when the JPOA came into effect) of Iran living up to its commitments under the agreement and not moving to make a nuclear weapon.

The discomfort that the future president would be feeling in this situation would reflect what has been the underlying concern of confirmed opponents of the nuclear agreement all along: not that the accord will fail, but that it will succeed.