The grand neoconservative aspiration underlying the invasion of Iraq 12 years ago involved an image of Iraq becoming more like the United States, with more free market economics and more resemblance to a liberal democracy. Iraq then would be, it was hoped, a model for similar political and economic change elsewhere in the Middle East.

It is an understatement to say that this plan didn’t quite work out as intended. But post-Saddam Iraq has come to resemble American governance and American politics in a few respects, one of which is reflected in the “reform” plan that Prime Minister Haidar al-Abadi announced earlier this month with much flourish and has been approved by the Iraqi parliament. The resemblance involves an urge to reorganize when one doesn’t have any better idea, or at least any better politically feasible idea, for dealing with current problems. 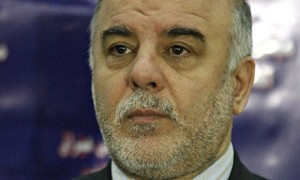 The phenomenon has become familiar in Washington. Some of the most salient recent examples involve counterterrorism and homeland security, such as a reorganization of the intelligence community a decade ago. The attraction of the technique is obvious; it is a way of being seen to do something and to make changes, and more visibly so than many other possible steps that might actually have a better chance of ameliorating a problem.

Reorganization also is the sort of thing that, unlike many other measures more worthy of the name “reform,” can be shaped without colliding with too many entrenched interests and thus has a chance of getting broad political support.

The most salient parts of Abadi’s plan involve paring the organization chart of the Iraqi government. This especially includes eliminating vice presidencies and deputy prime minister positions, and reducing the number of ministries. Also reduced are the staffs and security details of some senior officials. The plan also purports to end the pattern of reserving certain positions for particular ethnic or sectarian groups (which is what the vice presidencies have been largely about).

And perhaps something can be said for even the appearance of activity and leadership. It may be mostly show, but leadership is partly showmanship. In the end, however, this “reform” consists largely of drawing or erasing lines on a wiring diagram. As for the ethnic and sectarian based apportionment of positions, that has been a symptom of, or an adjustment to, what ails Iraq and not a cause of the ailment.

Iraq’s problems are rooted in fundamental unresolved questions of the distribution of power, distrust of power in the hands of others, and unwillingness to compromise. In other words, it is a matter of political culture that has not been ready to support a workable liberal democracy. That was the most important miscalculation underlying the launching of the Iraq War.

Contests on the ground with the so-called Islamic State or ISIS get most of the headlines coming out of Iraq these days, but that story also is ultimately one of politics, distribution of power, and how politicians in Baghdad deal with Iraq’s demographic divisions. ISIS would never have made the gains that it has without severe Sunni Arab disaffection with the direction of Iraqi politics.

Prime Minister Abadi has been an improvement over his predecessor, and he deserves to be worked with. He will have to come up with more substantive leadership, however, than rearranging wiring diagrams. And the slow process of developing an Iraqi political culture that is more conducive to the kind of stable, free and democratic system we would all like to see there will be a very long one.