Israeli Prime Minister Netanyahu has instructed the U.S. Congress to reject an international agreement constraining Iran’s nuclear program and to humiliate the sitting U.S. president, thus testing where the primary allegiance of most members of Congress lies, with the U.S. or Israel, writes John V. Whitbeck.

The choice facing members of the U.S. Congress in September’s “disapproval” votes could scarcely be clearer and has little to do with the merits of the international agreement reached on July 14 with respect to Iran’s nuclear program.

Whether one believes that there was a genuine risk of Iran attacking Israel with a nuclear weapon or, more sensibly, that there was a genuine risk of Israel attacking Iran with conventional or nuclear weapons (the real and only rational reason for the mobilization of the European Union, the five permanent members of the UN Security Council and Germany on this issue), the “Joint Comprehensive Plan of Action” reached in Vienna should vastly reduce the risk of a catastrophic war involving Iran and Israel. 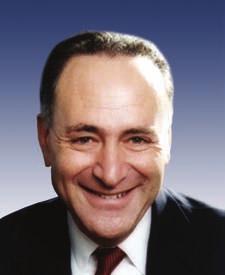 Since this diplomatic agreement is obviously good news for the world, the UN Security Council has unanimously approved it and only one of the UN’s 193 member states, Israel, is currently opposed to it.

The choice before members of Congress is thus a clear and simple one: Do they owe their primary allegiance and loyalty to the United States of America or to Israel?

However, the choice facing members of Congress has never been so clear-cut and consequential as in the imminent “disapproval” votes on the Iran nuclear agreement.

At first glance, it appeared that President Obama had outsmarted the Republican Congressional leadership by getting them to agree that approval of American participation in any Iran nuclear agreement would not require an inconceivable two-thirds majority of the Senate but, rather, only a post-veto one-third minority approval in one of the two houses of Congress.

However, particularly since the influential Democratic Senator from New York Chuck Schumer, poised to become the next Democratic leader in the Senate, has confirmed his personal allegiance to Israel and consequent intention to vote for “disapproval,” it is by no means certain that even one third of one house of Congress will choose the United States over Israel.

What if Prime Minister Benjamin Netanyahu does defeat President Barack Obama in the American Congress? How might Obama and Secretary of State John Kerry react to a defeat more crushing and humiliating than any defeat ever suffered by any American president and secretary of state?

In Obama’s case, one can envision three alternatives, one cowardly and two courageous:

1. He could accept his and his country’s humiliation and retreat into irrelevance for the remaining 16 months of his term in office; or

2. He could go before the American people, announce that he has no desire to continue to represent a country in which more than two-thirds of the members of the legislative branch owe their allegiance to a foreign country and resign as president; or

3. He could seek patriotically to restore the independence and dignity of his country (or simply to take personal revenge against Netanyahu) by supporting or not vetoing a new application by the State of Palestine for full member state status at the United Nations and by supporting or not vetoing a UN Security Council resolution imposing meaningful sanctions on Israel until it withdraws fully from the occupied State of Palestine and the occupied Syrian Golan Heights.

In Kerry’s case, one may hope that he would resign as secretary of state and run again for the Democratic nomination for president, this time with an America-First focus on restoring the independence and dignity of the United States.

Palestinians and those who seek some measure of justice for Palestine and the Palestinian people must view this remarkable spectacle with mixed emotions.

All the signs suggest that, if Obama “wins,” even by a hair’s breadth, he will immediately seek to “compensate” Israel for his unprecedented act of disobedience through a significant increase in the amount of America’s annual tribute payment to Israel, through even deeper military largesse and cooperation and through continuing American diplomatic and political support at the United Nations and elsewhere.

However, if Netanyahu “wins,” Obama just might finally do the right and decent thing for Palestine, the Palestinian people and the United States. To cite the ancient Chinese curse, we are living in interesting times.

38 comments for “Congress’ Test of Allegiance: US or Israel?”