America’s neocons are back at work demeaning an agreement to constrain Iran’s nuclear program to keep alive the neocon dream of bomb-bomb-bombing Iran. And the insults are having an effect by offending Iran’s dignity and creating friction among the negotiators, writes Trita Parsi.

There are few concepts as important yet as misunderstood and unaccounted for in explaining international affairs as dignity. Explaining what is happening in Vienna right now in the nuclear talks between Iran and the permanent members of the UN Security Council plus Germany is virtually impossible unless this critical variable is taken into account.

On the American side, the limitations of the negotiators are oftentimes explained in terms of domestic political constraints. Those constraints, in turn, are mostly rooted in the contradictory interests of various groupings and factions within the American political system. While the term dignity appears foreign to the American narrative, it does nevertheless exist in concept, though not in name. 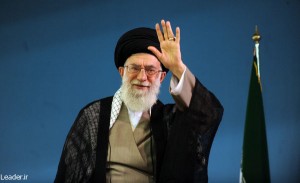 There is resistance, for instance, towards accepting that the negotiations with Iran and the United States and its partners are on an equal basis. The language of the United States deliberately seeks to reflect that it is the superpower in the equation, that it is in control, and that Iran is a lower power forced into submission.

“The Iranians know what they have to do,” is a phrase often used by Western officials. The narrative suggests that the West decides what Iran will be “permitted” to do and not do, and what it will be “allowed” to keep in terms of nuclear infrastructure.

This Western sensitivity is particularly visible when there is a perception of equivalence between Iran and the United States. When an American official suggested that it would be unrealistic to expect Iran to give unlimited access to its military sites, since no country would do so including the United States, critics immediately jumped on the suggestion that the United States could be put in the same category as Iran.

But the necessity to uphold dignity is at the very center of both the problems and the solutions in the ongoing nuclear negotiations.

The matter of inspections of Iranian military sites is a case in point. From the very outset, the Iranians made clear that they knew their  implementation of the Additional Protocol and intrusive inspections was a key element of a final deal. Similarly, in his interview with Thomas Friedman in the days after the framework agreement was reached in Switzerland, President Barack Obama described exactly how access to military sites will take place.

The process is that of managed access as provided by the Additional Protocol, with some additional configurations. There was never any hint of the completely unrealistic “anytime anywhere” concept.

Shortly thereafter, Secretary of State John Kerry and Secretary of Energy Ernest Moniz stated in interviews that the access would be “anytime, anywhere. ” Critics of an agreement with Iran immediately jump on the opportunity of making this a new American red line.

Once the administration started to clarify the access would be managed, opponents of the deal accused the Obama administration of caving in to Iranian demands. Chairman of the Senate Foreign Relations Committee Senator Bob Corker now calls it a “deal breaker.”

A narrative thus emerged that Iran is walking back from its commitments to allow inspections of military sites. What had actually already been agreed upon is now presented as a Western dictate to Iran.

Immediately, Iranian sensitivity about dignity kicked in. Iran’s Supreme Leader Ayatollah Ali Khamenei told military commanders in a speech that Iran will resist excessive demands and affronts to its dignity. Access to military site and interviews with Iran’s nuclear scientist would be rejected, he conveyed.

In reality, however, Iran has in the past given inspectors access to Iran’s military sites on numerous occasions, both on the nuclear front and, even more frequently, as part of Iran’s obligations under the Chemical Weapons Convention treaty. Giving access to military sites per se is not a problem for the Iranians.

However, doing so if the request is presented as a demand is taboo because it violates Iran’s dignity. Similarly, International Atomic Energy Agency interviews with Iranian scientists could be possible, but not if they are presented or conducted as interrogations. Iran’s sense of dignity would not allow Iran’s negotiators to agree to that.

The question of the timing of sanctions relief is also affected by dignity. It is important for the Iranians sense of dignity and equality that the West initiates sanctions relief simultaneously with any measures Iran takes to cut back its nuclear program. The compromise that was struck entails the Iranians beginning to implement their commitments under the  final deal at the same time as the United States initiates the process of sanctions relief, even though the initial American step is to provide guarantees that sanctions will be waved on a specific future date.

That both of these actions take place simultaneously, however, is an important principle for the Iranians to uphold both their dignity and sense of equality.

No one knows if the parties will manage to reach a final deal. There is a sense of inevitability in the air here in Vienna, however. In the minds of most, it is not a question of whether there will be a deal, but when. One reason for this optimism is that the complexity and difficulty of any of the known remaining issues are far less than the difficulty of the issues that already have been resolved. The two sides have gone more than half the distance.

But there are also reasons to believe that there are other issues that divide two sides that have been kept secret. And those issues probably have strong political dimensions. If so, the two sides have a strong common interest to keep those issues out of public sight precisely because the dignity factor will make them all the more difficult to resolve if they are discussed openly.

Trita Parsi is the author of A Single Roll of the Dice – Obama’s Diplomacy with Iran (Yale University Press, 2012) . He tweets at @tparsi. [This article first appear at NationalInterest.org.]

← Behind the Greek Crisis
Not Learning from Mideast Mistakes →