America’s view of “terrorism” is distorted by politics and bias, with intense hostility toward the Islamic variety but with much more tolerance of other forms, such as Cuban “anti-communist” violence and right-wing extremist murders, as underscored by a new study examined by ex-CIA analyst Paul R. Pillar.

Many misconceptions about terrorism prevail among the American public. Occasionally one of these misconceptions gets challenged when hard data conveying a different picture become available. This is true of a recent New America study showing that most of the deaths in the United States from terrorist attacks since September 2001 have been perpetrated not by jihadists or other radical Muslims but instead by white supremacists, antigovernment activists, and other non-Muslim extremists.

The discrepancy between such findings and prevalent American beliefs about terrorism can be glaring enough for the discrepancy to become literally a front-page story. But even that sort of attention is insufficient to kill prevailing beliefs, in this case, the belief that terrorism and specifically terrorism that threatens Americans is overwhelmingly a radical Muslim thing. 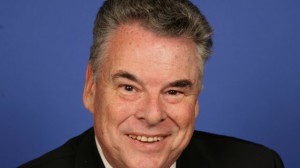 Information similar to that in the New America study has been around for some time; a survey of law enforcement agencies, for example, yielded similar data. The recent multiple killings by a white supremacist in a predominantly black church in Charleston, South Carolina, has led some to raise a closely related issue of what tends to get called terrorism and what doesn’t. But this incident is another attention-grabbing event that seems again unlikely to overturn the popular notions of who most terrorists are and what they believe.

The misconceptions have multiple roots. The experience of 9/11 unquestionably has been very important in shaping American beliefs. That one event was so salient and traumatic that it has fostered a host of other misconceptions, such as the notion that significant terrorist threats to the United States all began on that one day 14 years ago.

The attitude-shaping effect of 9/11 rested atop longer-standing American ways of perceiving threats to American security, based in large part on the wars of the Twentieth Century. Americans tend to see the biggest threats to their security coming from alien entities abroad. Jihadist groups based in the Middle East are among the latest such entities to fill this role.

The “war on terror” vocabulary prevalent after 9/11 exacerbated these tendencies. The concept of warring against a tactic never made sense. Making war against al-Qaeda, the perpetrator of 9/11, made more conceptual sense, but it had the further disadvantage of equating, in American minds, terrorism with this one foreign group (a conflation that persisted past the Bush administration and into the Obama administration).

Islamophobia is certainly another factor, despite a widespread reluctance to admit that it is. The dynamic involved is a simple, crude tendency, based on religious and ethnic identities, to be more likely to see threats and evil coming from people with identities different from one’s own. Islamophobia is a significant reality in a predominantly Judeo-Christian America.

Political biases rooted in other interests have been factors as well, including in the tendency to downplay the right-wing extremist threats that the New America study showed to be the source of most terrorist attacks on Americans.

In his New York Times article on the study, Scott Shane recalls the episode several years ago in which criticism from conservatives led the Department of Homeland Security to withdraw a report that highlighted a prospective threat of violence from white supremacists during Barack Obama’s presidency, a threat of which the Charleston killings turned out to be one manifestation.

Then there were the hearings of the House homeland security committee that were ostensibly about terrorist threats to the homeland but focused entirely on radical Islamism. The committee chairman who specified that scope for the hearings, Rep. Peter King, R-New York, had earlier shown that he had no problem at all with terrorism of the Irish nationalist variety.

The practical and policy consequences of these distortions in thinking about terrorism go beyond Americans not realizing where the greatest threats to their safety come from and extend to foreign policy.

The so-called Islamic State or ISIS has displaced Al-Qaeda as the radical Islamist threat du jour in American minds, and this has shifted the whole discourse about policy toward the countries in which ISIS operates in a direction that would not be justified without the mistaken pattern of thinking about terrorist threats to the United States.

It is a discourse in which the liberal columnist Richard Cohen, for example, avers that “if the Islamic State survives, the entity that would emerge would more than likely bring the war home to the United States…” That sounds eerily like the “we’ll have to fight them over there or else we will fight them here” framing that has gotten the United States into trouble overseas before.

The equation of terrorism with foreign entities and the intrusion of other political motives means that states are highlighted as sources of terrorism, but only some states: ones that are disliked for other reasons and do not have political support for getting a pass.

That is why the official U.S. list of state sponsors has never come close to being an accurate reflection of where sources of active terrorism are to be found. It also is why, with politically strong elements opposing any business with Iran, the theme of Iranian terrorism gets constantly invoked even though the most unambiguous terrorist attacks that Iran has been involved with in recent years have been attempted tit-for-tat reprisals for terrorist attacks that others — who get a pass — have inflicted on Iran.

6 comments for “Selective Outrage on ‘Terrorism’”