In the 1960s, the U.S. government as well as state and local authorities waged a war against the Black Panthers and other militants who were challenging white racism. The repression included sabotage and outright murder, a grim reality recalled in a new documentary, writes David Finkelstein.

As someone who in the early 1960s was perhaps too narcissistically absorbed in his studies abroad to take much notice of the increasingly divisive and deadly domestic issues coming to a head in his distant homeland of America, I’ve always felt removed, and remorsefully so, whenever my contemporaries spoke about that era and the political and social movements, particularly the Black Panther Party, it spawned.

Though vaguely familiar with its key players, genuinely informed about who they really were and how they viewed the world, I most certainly was not. 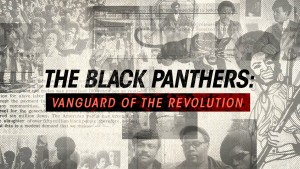 Director Stanley Nelson’s new documentary, The Black Panthers: Vanguard of the Revolution, has seen to that, putting an end to my ignorance and hopefully that of others as well through his extraordinarily well-balanced but no less shocking account of how that group of committed social activists came into being and how our presumably free and open democracy dealt with them, by fair means and foul. Mostly by the latter, however, through entrapment, legally-sanctioned sabotage, agent provocateur-incited mayhem, and outright murder.

Though differing in style and surroundings, America’s so-called law enforcement authorities rivaled the likes of Kim Philby, the infamous Cambridge-educated double-agent who spent his career selling Great Britain’s entire intelligence operation to Stalin’s KGB (and sacrificing the lives of thousands of operatives in the process), in betraying the values of the very nation to which they owed allegiance.

Among the many thoughts the film inevitably provokes, one stands out as being crucially related to the issue being so hotly debated today the recent spate of highly-publicized police killings of black men in cities throughout this country, most of them going unpunished. Will America, we all wonder, ever live up to its societal ideal of “equal justice under the law”?

At this very moment, one Oskar Gröning, the 93-year-old man sometimes referred to as “the accountant of Auschwitz,” is on trial in Germany for his role in the murder of Jews during World War II. The case has been described as “a hugely symbolic last-ditch act on the part of the German authorities to put the handful of remaining Nazi death camp guards in the dock before they die,” the symbolism perhaps designed to counter the recent resurgence of anti-Semitism in Europe.

The Germans evidently believe that, however distant the crime or elderly the perpetrator, holding a person accountable for complicity in such horrific acts is important for the country’s redemption, for its future health and well-being, if you will, a sentiment with which, hopefully, most decent people in America (and elsewhere) would wholeheartedly agree. Yet the terrible irony is that Americans seems far less interested than Germans in bringing their own state-sponsored assassins to justice.

For if we had any interest in doing so, given what is now known about the cold-blooded 1969 killing of 21-year-old Black Panther Deputy Chairman Fred Hampton, who while asleep in his bed with his pregnant girlfriend was pumped so full of bullets by a Chicago police department hit-squad that his body trailed a river of blood into the street, wouldn’t there have been, or shouldn’t there now be, a concerted effort on the part of the U.S. Department of Justice to bring to trial every surviving member of that group of assassins?

And given that the killings in the same raid 22-year-old Mark Clark, a BPP party leader from Peoria, was also murdered, shot multiple times at point-blank range were instigated and authorized by the FBI, shouldn’t the responsible surviving members of that agency, who perhaps might best be described as “the accountants of Jim Crow” also be brought to trial. As they’d be the first to tell you, there’s no statute of limitations on murder.

While it might be “merely symbolic” to hold these killers accountable at this late date, as in the case of Gröning in Germany, it would be hugely so. Who knows, had such indictments been issued years ago, the sickeningly violent events that have more recently taken place in Ferguson, New York, Baltimore, and elsewhere might never have occurred.

Director Stanley Nelson’s fine film provoked yet another disturbing thought, though that came about by virtue of the fact that a few months prior to seeing his documentary, I had seen Laura Poitras’s equally important Citizen Four. For it struck me that whereas Mr. Nelson’s film portrays the white President Richard Nixon setting his ugly regime, in the person of the white J. Edgar Hoover (who, though undoubtedly a sociopath, was tolerated by no fewer than eight American Presidents), against young, well-meaning black activists dedicated to democratizing America, Ms. Poitras’s film narrates the sad story of the black President Barack Obama setting his regime, in the person of the black Eric Holder, against young equally well-meaning and dedicated white activists, the “whistleblowers” of our digital age, Thomas Drake, Jesselyn Radack, Edward Snowden, Bradley Manning, Jeffrey Sterling, the list goes on and on.

Indeed, as is now well-known, President Obama has the dubious distinction of prosecuting (and persecuting) more of these whistleblowers than all his presidential predecessors throughout history combined, while curiously failing to hold accountable any of those responsible for the heinous criminal activity, including torture, the whistleblowers were reporting.

Though this realization does not in any way lessen my belief that racism is one of America’s greatest curses and crimes (and the country has many of the latter to answer for), I think it important for all of us to unite in focusing on an even more dangerous phenomenon from which, sadly, no race is immune, the seeming ineluctability of those who attain positions of power to move towards authoritarianism, if not towards outright Orwellian tyranny. How to keep democracy alive in the face of such ugly instincts would appear to be our most pressing problem.

Prior to embarking on a career as a freelance journalist, David Finkelstein served as a member of the faculty of Harvard Law School, and a program officer with the Ford Foundation. His writing credits include The New Yorker, New York Times, Washington Post, Los Angeles Times, Newsday, and numerous other prominent national and international publications. © David Finkelstein.

7 comments for “Killing the Black Panthers”